Pasolini’s Cinematic Poetry Between The Past And The Present

A deep dive into the eclectic director’s cult-classic Mamma Roma, that explores the film’s themes and Pasolini’s legacy today, a hundred years after he was born. 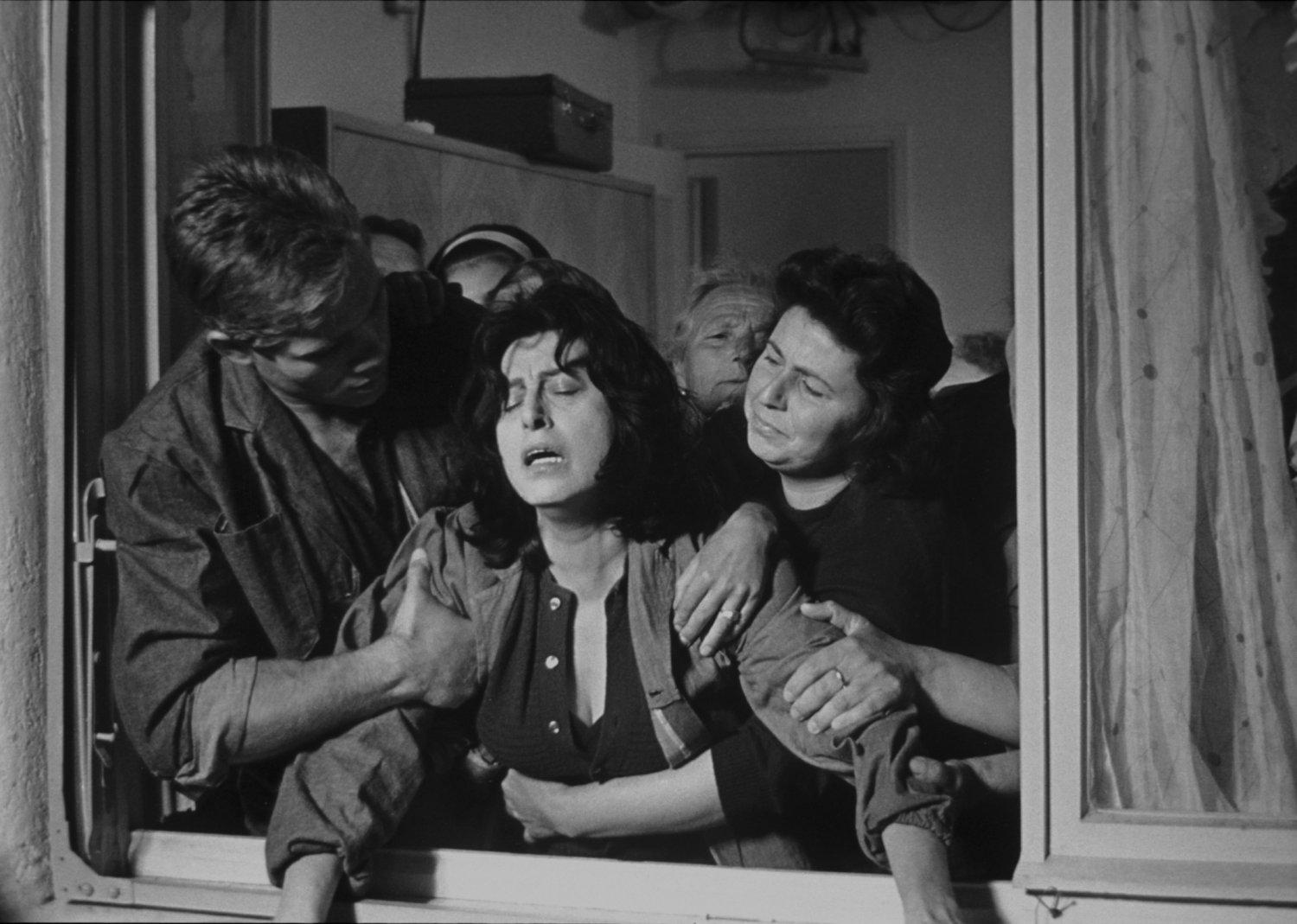 Roving through the eastern part of Rome, starting from Porta Maggiore and along Via Casilina, it is impossible not to notice the recurrence of the same thin and stern face. It’s Pier Paolo Pasolini’s face, gazing through the walls of restaurants and clubs: we see an edited poster of him in a well-known restaurant in Pigneto, or in a grayscale mural in Sant’Elena, christened as the “Sistine Chapel of Pasolini” by locals due to its plastic iconography. Movie buffs may even notice multiple scenes from La Ricotta disappear behind the doors of the C tube line. These days, however, a Pasolini mural in a predominantly working class and/or immigrant neighbourhood may be one indication that it might be a matter of time before the rents go up.

On the centenary of his birth, Pasolini has become an emblem well beyond the eastern area of ​​Rome. The author and film director obsessively explored the formerly low-income neighbourhoods of Ostiense, Garbatella, San Basilio and Tor Marancia. He even explored the neighbouring town of Guidonia, in an attempt to quench his thirst for truth and develop his politics into poetic visuals. It was in East Rome, however, that he developed some of his first films such as Accattone and Mamma Roma.

Pasolini’s work is sometimes discussed as an attempt to capture the bitter-sweet life of the poor – the filmmaker as an eternal devotee to the wretched of the earth. However, as a deeper look at some of his work reveals a more complex picture. Shedding light on some key themes in Mamma Roma reveals Pasolini’s lyrical, torrential, and counter-hegemonic momentum. The film tells the story of a volcanic yet vulnerable sex-worker (Anna Magnani) and her attempts to redeem herself from systemic poverty and violence via social climbing. She is determined to join the petty bourgeoisie that Pasolini criticises in his work.

The film opens with Mamma Roma’s pimp’s wedding scene, an opportunity for her to start a new life with her estranged teenage son Ettore. She then moves from neighbourhood to neighbourhood, attempting to get closer to the city following the trail of the post-war economic ‘miracle’. Referencing a recurrent circular motif, which is emblematic of an impasse or an aimless trajectory, the wedding scene ends with Mamma Roma twirling around with a child in her hand, drunk and with a forced sense of hope. In the next scene, the audience meets Ettore for the first time on a carousel, lost in thought. There are numerous ambiguously directed shots of winding streets, as well as the feverish walks that Mamma Roma goes for at night whilst working as a sex-worker. She is planning her escape from the borgata, an allegory of her socio-economic condition. The velvety night shots are juxtaposed to the sun-baked takes in the countryside, amidst the anthropomorphic remains of ancient roman aqueducts. The viewer gets to explore such juxtaposition through the fractious movement of the camera, a technique which Pasolini later identified in Empirismo Critico (Garzanti, 1991) as part of his cinema of poetry, “born out of the impatience towards rules, out of the need for irregular and provocative freedom, for an authentic or even delicious taste of anarchy ”.

A strong critique of capitalism is hidden behind pans showing the social housing projects usually sold as promoting progress in the context of the economic boom. For Pasolini, this architecture promoted the recognition of the “languages ​​of infrastructure”, that is, the codes of the élite, that are articulated as the codes to aspire to in capitalist discourse. In Mamma Roma, Anna Magnani is mired in her quest for economic relief. The post-war Eternal City is therefore demystified, unveiling how Rome is swallowed up by its own noise, and by the pollution of its corrupt economic system. This is, perhaps, as S. Di Giaimo proposes, a city that was never completely free.

The new buildings in Cecafumo, built in the heat of the economic miracle, are presented aseptically. Composed by square arches that lead to empty spaces, the buildings stand before the ruins of a bygone era. We see aqueducts and open spaces, where Ettore and his friends live the life from which Mamma Roma wants to remove her son. One could assume that Pasolini wanted to emphasise how the borgata offered the illusion of advancement after Mussolini had ordered the working and migrant classes relocated to the outskirts or Rome. During one of her hallucinogenic nights, for instance, Mamma Roma thinks about her first husband whom she married at the age of fourteen. The old man had made money by securing public housing contracts, and then leaving them unfinished.

In contrast to public housing, which form the background to the most tragic moments of the film, the ruins of eastern Rome are often shown in the foreground, giving a dreamy appearance. Such tendency to valorise the past often resulted in perception that Pasolini wanted to preserve tradition. He did define himself as “a force of the past” in Poesia in Forma di Rosa (Roma, Garzanti 1964). Pasolini’s films became a precious archive on Rome’s borgata. An essence of the city that is now hard to see or hear in the same places. The dialect used is strictly local, the actors were amateurs casted from the streets of Rome by the director himself. In his films, we see Pasolini’s inclination to elevate real images to a dream-like dimension.

It is also necessary to question Pasolini’s positionality in the face of the urban themes and topographies he chose. His class privilege as someone who looks at the working class from the outside is reflected by the poetic registers that he adopts. The composition of the wedding lunch recalls Leonardo da Vinci’s Last Supper. Ettore’s death is preceded by a scene in which some patients / prisoners recite a Dante poem cacophonously juxtaposed with the popular song ”Violino Tzigano”. The shot of Ettore dying evokes the Deposition of the Dead Christ by Mantegna – all culturally ”bourgeois” figurative models. Therefore, despite aiming at a ‘high’ bourgeois mindset was for Pasolini a descent into the ‘underworld’, he courts the visual the codes preferred by bourgeois sensitivity. Here is a director that is contradictory, allegorical, hybrid and provocative.

The inclusion of Magnani demonstrates Pasolini’s detachment from postwar neorealist poetics. He implements a double register that intertwines naturalism with the sublime, not in the attempt of categorising the world in superimposed and essentialised poetic entities, but rather because Pasolini criticised the bourgeoisie of which he was a part, weaving into his analysis of power in post-war Italy elements of Catholicism, Gramscian theory and Freudian psychology. Like a poet, he used “the language of things” to evoke thoughts, creating dynamics of exchange between cinema, poetry, painting and music. His cinema, a social and materialist analysis expressed in prose, rests on the studious formulation of distinct a visual language.

With Mamma Roma, Pasolini rejected the dazzling film world that partied in Via Veneto and broke from the neorealism of De Sica and Rossellini. The film was censored because of its ”offensive and immoral” content following its first screening at the Venice Film Festival in 1962, and some of its lines were deleted. A group of young neo-fascists protested after its first screening in Rome, and the first US screening occurred only in 1988. In addition to sex work and explicit Freudian psychological elements, the final scene of the film portraying the martyrdom of Ettore, who dies – sick and chained to a table in prison- for stealing a tiny radio, was considered crass. This scene was based on a true story: the murder of 18-year-old Marcello Elisei, who was serving a sentence of 4 years and 7 months for stealing the wheels of a car. The boy had shown clear signs of psychological instability but was left to die tied to a platform anyway.

Therefore, the issue at hand is not Pasolini’s positionality in relation to the topics addressed. In his way, in his time, in his field, his approach was disruptive. And to understand this, it is also necessary to understand his political and legal background. As underlined by Stefano Rodotà, “from 1960 to 1975, Pasolini remained uninterruptedly in the hands of the judges”. And even beyond that, due to numerous post-mortem hearings not only caused by his sexual orientation but above all, by his political stances. Speaking to Noi Donne magazine in 1959, Pasolini mentioned that he would have been “absolutely ruthless with those responsible for it: from the wardens to the director of the prison. And I would not fail to point out the responsibilities of the government” if he had investigated the case. The initial scandal of the Mamma Roma’s debut undermined its commercial success for the first few years. Mamma Roma in Pasolini’s time therefore also became a way to talk about the unnameable and process the painful using allegories on celluloid.

Decontextualized from these nuances, Pasolini emerges as an incurable romantic, a nostalgic of the past, critic yet surrendered to globalisation. Almost a victim of the same dominant culture that had rejected him when he was alive. The analysis of his time, a detailed study of his writings, and his precedents, is therefore essential to understand what, in retrospect, we might be tempted to define as his artistic practice but was instead what he felt compelled to do. It is tempting to wonder what Pasolini would think of the re-appraisal of his body of work today. However, in order not decontextualise him further, this is something we can only imagine.

Exercise for the readers: when discussing his “Cinema di Poesia”, Pasolini asserted that the anarchic techniques that he used, paradoxically became “canonical, linguistic and prosodic heritage”, the very moment he adopted them, subtly inciting further experimentation. How to use such artistic legacy and invitation to understand today’s peripheries?

‘Mamma Roma’ will be screened on the 13th of October at 7 p.m. at Toklas, London (UK). On the occasion of Inua Ellams’ Poetry + Film / Hack, a conversation between live poetry performance and film that deepens the cinematic experience, five other poets – Saleh Addonia, Fatima Bouhtouch, Chloe Filani, Mylène Gomera , Judith Opara — hosted by Inua Ellams and SPAZIO GRIOT, will take the stage to share specially commissioned texts that respond to the film’s themes: class, space, home and intergenerational trauma. The event is part of “Whose Wor(l)d is this? Diverse voices in urban literature in the UK and Italy ”, one project from the collaboration between SPAZIO GRIOT and Inua Ellams, supported by the British Council International Collaboration G 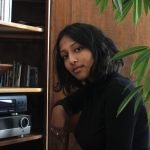