YUMAN: “Music Saved Me By Giving Me A Place To Lock Myself Away.”

We caught up with the Roman singer YUMAN to explore his universe and find out more about his story and the new single I AM. 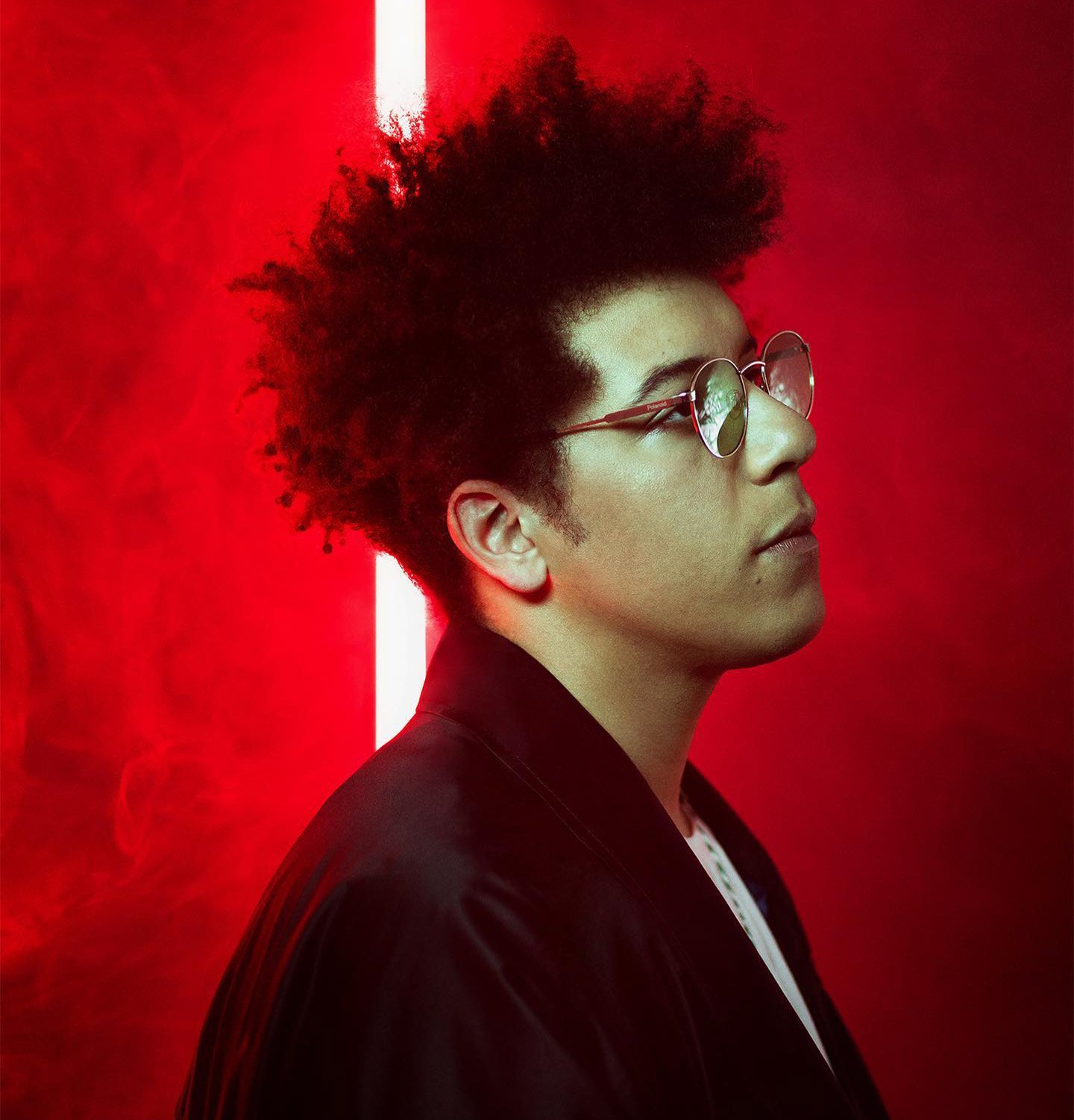 For Yuman, Italian-Cape Verdean singer from Rome, music is a mission. His journey began almost by chance just before the age of eighteen: a quick recording of Hotel California sent to his partner and a reaction that changed his life: “You have to sing!”. Following his gut feeling and this precious piece of advice, Yuman dropped out of university to devote his life to music.

He debuted in 2019 with the album Naked Thoughts and this spring he inaugurated a new page of his musical journey with a first taste of two upcoming EPs that will show the many sides of his personality and artistic flair.

Yuman inaugurates this new musical season with I AM, a single inspired by 1980’s electro that speaks of awareness, innocence and necessity. It deals with the importance of putting ourselves first, of regaining control of our lives, fundamental needs that during the last year of lockdown have become a concrete reality for the artist. “I AM was born during the [first] lockdown. When you are alone with yourself, you start analysing your problems, you understand what isn’t working. This period made me think a lot and I realised that I exist as a person, as an individual. I AM was born from the need to talk about these things.”

When I reach him with a video call to find out more, Yuman is working on new music in a studio just outside Rome with his artistic producer, Francesco Cataldo, and rehearsing, as he impatiently waits to restart live performances. “With Francesco we work in symbiosis. We come together and play, it’s a freestyle, an idea is born and we cultivate it,” he confesses.

YUMAN has a deep and husky vocal timbre that accompanies an extremely eclectic range of genres and sounds, from pop to electronica. Each song is a different world which echoes the many influences that have fuelled and shaped the artist’s sound, such as Stevie Wonder and Paolo Nutini. “I have always liked to look elsewhere, to look at something that does not belong to us on a physical level, but with whom we share the same vision; to evolve, to adapt to a language that everyone can understand.”

The universality of the musical language is something very dear to Yuman, who has spent a period of his life in London and Berlin to test himself and broaden his horizons. “I felt I had to play in open-minded places like London or Berlin, where it doesn’t matter where you come from. In those cities there are very few local people, so there is a mix of cultures, ideas, everything blends in a way that I have always found fascinating. Moving to London is an experience everyone should do because you meet a lot of musicians who don’t care where you come from, as long as your story is sincere and convincing, everyone gets passionate about it. Music is a ritual and these places are magical. In London if there is live music, you must be silent inside venues. Maybe I’m wrong, it always depends on what venue you go to, but music is a religion there, there is silence in the room when someone plays because people are there to listen. As an artist this is very beneficial, it makes it even more special and it allows you to grow your self-esteem.”

After these formative experiences, Yuman found his dimension in the city that raised him and where it all began: “I have lived in different places, but Rome is home even if music here has been greatly devalued lately, especially from the point of view of aid funding for musicians. Artists are considered optional, they may as well not be there. While there are countries where music is everything, like in Germany which has given subsidies to musicians because they know that it takes time for art to pay off. However, being back in Rome makes me feel good because this is my home. We have so much to say and do, why should we not really believe it and do it?”

Yuman’s mission is shared by many other Afro-descendant artists who operate in the contemporary Italian cultural industry and dedicate their lives to music. And it is a mission that is also reflected in one of the most important mantras for the singer, according to which even if we go through difficult times, music will somehow save us. “Music saved me by giving me that place to lock myself away. It has always supported me. Good or bad, every song you write makes you grow, it is an experience. Music gives you this opportunity to talk to everyone with a common language, there are no specific words, it’s just musical notes, they either reach you or they don’t. It is very simple, whatever language you speak.”