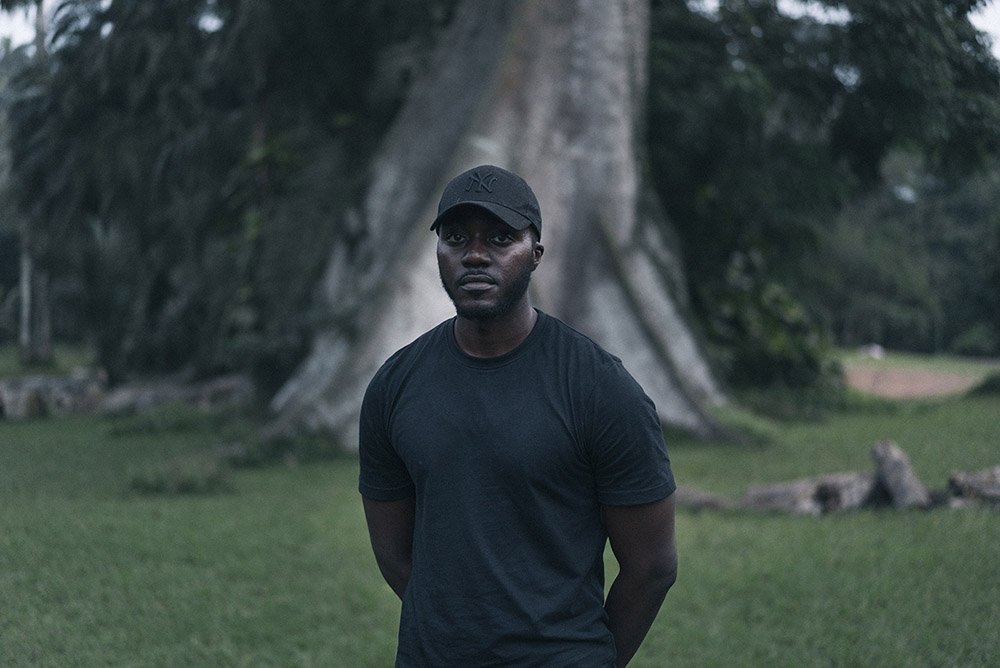 Two years ago, they explored gqom sound and culture, touring Durban and its townships and shedding light on local producers in the film, Woza Taxi. This time, the Italian collective, Crudo Volta, ventured on a journey to Ghana with Hagan for their new project, Yenkyi Taxi. Premiered last Tuesday in a private screening and Q/A session in West London, the documentary follows the British-Ghanaian music producer as he goes in search of creative authenticity and reconnects with his roots. Linking with local musicians from the contemporary dance and electronic Ghanaian music scene, such as Gafacci and Rvdikal The Kid, Yenkyi Taxi also examines how modern and traditional elements interact in contemporary music in Ghana and elsewhere.

In an attempt to investigate how African urban music is increasingly influencing the fabric of European club culture, this truly spectacular film visually blends landscapes, music, people and culture, portraying a beautiful glimpse of Ghana, a country whose contemporary artistic output has been under the radar for a long time.

As the title hints, the taxi still remains the symbol at the centre of this trip, a format conceived to disclose the implicit aspects of a given track or genre, Crudo Volta’s creative director Michele explained: “The taxi focuses on the creative and socio-cultural dynamics that enable a scene to exist. However, there isn’t any sort of academic pretence at work, as we approach scenes in a very touristic manner. That’s where the word taxi comes into play: it’s a sublimation of the act of wandering in places you haven’t got great clue about, it enables us to immerse ourselves in the environment without a specific agenda or preconceptions in mind.” The collective chose Accra in order to create a sense of continuity with their previous documentary in terms of location, but also to answer the many questions that had arisen from that project. “Since our last documentary with Nan Kolé, we have been put through -mainly in Europe- some reflections about cultural appropriation, cultural colonialism and so on, and I thought that it would have been great to observe the country and the music scene with an intersectional artist who shares both identities, African and European. Hagan was perfect because his sound and style of production perfectly blend his many identities,” said Michele.

Hagan and his music are in fact the result of this afore-mentioned cultural intersectionality. He had visited Ghana many times when he was young, but this was the first time he could experience it as an adult. As the narrator of the documentary, Hagan talks about how he used to live his Ghanaian culture at home, while absorbing the British one outside. His passion for music, though, always bridged the two contexts, he told us: “During school productions, I always preferred having a musical role as opposed to an actual character role. I would try to find ways to add percussive elements to each song and give it a personal twist. At home my uncle gave me my first sense of exposure to Hiplife and Highlife. I then went on to support him when he was djing, so it was the Hiplife genre I first started off with when it came to playing out. The blending of these two elements formed my unique Black British experience – I got my parent’s influences and my uncle’s, but then outside of the house I was exposed to more traditional British traits.”

Throughout the journey, Hagan met and discussed with local musicians and producers, including Gafacci and Rvdical The Kid. Their music is slightly different, but they share the same objective of trying to push african influenced dance music: “We’re all authentically trying to find ways to fuse sounds from different parts of the world whilst keeping it Afrocentric,” he observed.

The 30-minute length documentary also chronicles the work-in-progress of Hagan’s new musical effort, including a studio session at Vivivi Studios in West Legon, where he was able to access a vast amount of percussive instruments such as Talking Drums, the Fontomfrom, Congas, Dondo and more, he revealed: “The morning before heading to the studio I made a quick skeleton track which was a simple drum beat. The intention was to work with a percussionist to add layers onto my drums and give it the natural African sound. Working with Nii (the Vivivi percussionist) produced a great outcome, he was able to understand my vision and executed every instruction I gave him perfectly. This was probably the best part of the trip and the most important for me, last year I set myself the aim to integrate live percussion in my next EP, so it was vital to get this right.”

Hagan’s next EP will be out soon and it will be strongly influenced by this trip to Ghana: “Each track is inspired by a particular moment: going to Akosembo prompted me to start making two tracks on the EP, filming in Aburi gave me ideas for another track, and when we were in the Akwaaba and Vivivi studios I found the inspiration for another track which turned out to be a collaboration in the end. This EP is almost dedicated to my Grandma: every day she prays for me and without us going there to celebrate her 80th birthday, I wouldn’t have even been in Ghana to make this project possible.” With visually stunning scenes, diligently captured by Tommaso Cassinis, an impeccable soundtrack choice and a fresh narrative approach, Crudo Volta definitely succeeds in digging into the deep connection between contemporary Ghanaian music, traditional expressions and the new sonic hybrids resulting from the intersection of the two. “I flew to Accra with this very western-centred idea—derived from post-industrial youth culture—that urban music should be a language created as antithesis to the means of expression of previous generations – with all the necessary rituals and conventions.” Michele told us.

“I came to realise that we have accepted this massive patronising lie in Western culture, that reviving or praising the past and traditional customs should be attitudes of conservative stance. The documentary reveals that this isn’t actually true. There can definitely be an instance of fluidity between tradition and progress.”

Undoubtedly, this is more true than ever for artists like Hagan, who come from afrodiasporic contexts in which arts and music are strongly rooted in cultural diversity and in a way are contributing with their artistry to the sonic innovation of their country of origin. In an amazing sequence shot at Chale Wote festival in James Town, Accra, Hagan is seen djing surrounded by a huge crowd. His mission: to showcase some UK afrobeats, afroswing and UK funky to the Ghanaian audience. “The crowd was so intrigued with what I was playing and there was one particular guy who was really feeling the music! It was so good seeing the various forms of art displayed —cultural dances, live drumming and so much more.” South Africa, Ghana, many might wonder where Crudo Volta will take us next. Well, according to the collective’s creative director there’s—yet again—a lot to be excited about: “We are hitting three African countries by the end of this year and we are hopefully stepping up in terms of delivery and structure. Can’t tell much at the moment, but definitely watch this space,” he revealed. And we definitely will. In the meantime, enjoy Yenkyi Taxi‘s teaser. The full documentary will be released on 19 April on Crudo Volta’s YouTube channel.