Who Is Scared Of The Black Man? | Documenta 14 Exhibition In Kassel 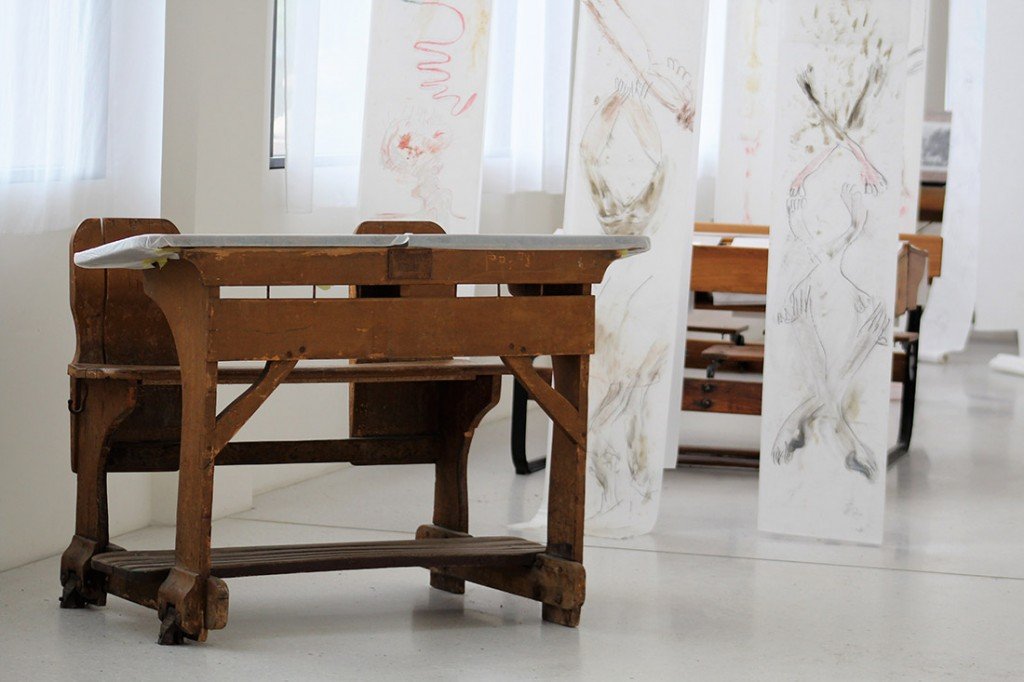 Adam Szymczyk, Artistic Director of the quinquennial documenta 14 must be relieved now that it’s finally over. The biggest deal (ehm, exhibition) in contemporary art is traditionally hosted by (and in) Kassel. The 2017 edition however opened in Athens in April and closed on September 17 in Kassel amidst controversy over an alleged budget deficit of 7 Million Euros. By “taking” the exhibition to Athens, Mr. Szymczyk had already poked the beehive, the Greek capital has been at odds with its German counterpart over a protracted debt crisis. How dare he?

An acclaimed curatorial risk-taker, Adam Szymczyk did what he does best. Despite the controversy, he would occasionally be spotted walking about quite incognito in Kassel. At the announcement of the unusual curatorial concept, critics had decried the domination of a ‘German juggernaut’, accusing documenta 14 of advancing a form of cultural colonialism. Was it not voyeuristic to have art connoisseurs trooping to Athens to exploit a crisis for their own cultural capital? And to criticize capitalism with a with a six figure euro budget in Kassel? Many wondered.

The charge of ‘cultural colonialism’ appears to have upset Adam Szymczyk the most. At an Afrobeats party hosted by a documenta 14 affiliated Gallery in Berlin in June, a pensive Adam latched on to the microphone mid-song and asked the revelling crowd if they thought documenta 14 is a ‘colonial enterprise’. Although hardly any of the curatorial decisions were changed to accommodate the criticism, both the Athens and the Kassel editions of the exhibition appeared keen to decanonize contemporary art by their choice of artists and pieces. For example, the ‘Parliament of Bodies’ was an public forum running in both cities that engaged with local anticapitalist, queer/trans/feminist, and decolonial initiatives. Also, artists from Africa and its diaspora achieved unprecedented visibility for the quinquennial, which has been running since 1955.

Some of this effort is undoubtedly attributable to the hard work of independent galleries & curators promoting art from African and Afrodiasporic perspectives in the last few years. An archetype of these efforts in Germany is undoubtedly documenta 14 co-curator & SAVVY Contemporary founder Dr. Bonaventure Soh Bejeng Ndikung, who is equally savvy. Documenta 14, in many ways was an important step towards relinquishing of the ambiguity of the “African Art” category.

As participating artists come out to defend documenta 14 as it closes with a deficit allegedly caused by two-city concept, harnessing the inspiration that documenta 14 supplied is only prudent (to keep us busy until the next one). I went for a walk in Kassel beginning at Torwache, via the Neue Galerie, Documenta Halle, Ottoneum, Friedrichsplatz, and ending at Königsplatz. Below is a selection of some of the works I encountered along the way.

For instance, for about three months, Ibrahim Mahama’s (Ghana) Checkpoint Sekondi Loco 1901-2030 (2016-2017) installation made of jute sacks that had been previously sewn together at a participative performance by the artist, completely covered the Torwache, a medieval and contemporary gateway to the city centre of Kassel. Still at the Neue Galerie, Sammy Baloji’s (Democratic Republic of Congo) installation Fragments of Interlaced Dialogues (2017) explored similar themes inviting the viewer to engage with luxury fibres, cloths, mats and from the DRC, the Congo or Angola, preserved from the 17th/18th Century and ‘resident’ in European Museums. On entering the Documenta Halle, the awards and other personal effects of Malian musical legend Ali Farka Touré invite you in, an installation by Igo Diarra (Mali) and La Medina. The remaining members of the Band also gave an electrifying show to a sold-out Henschel Halle, a humongous industrial “cathedral” in Kassel (July 22.) In the main gallery of the Documenta Halle, Aboubakar Fofana’s (Mali) installation Fundi (Uprising, 2017) dangles from the glass ceiling (yes, glass ceiling.) Below hanging pieces of meticulously dyed cloth, a garden of indigo plants from which the colour was extracted grows. On the opposite end of the main Gallery in the Documenta Halle, Disco Concertation (2016) an installation of paintings and sound complete with a Mirror Ball revolving at the centre is the work of El Hadji Sy (Senegal.) On entering the Ottoneum, which stands between the Fridericianum and the Documenta Halle, and is otherwise a natural history Museum, Akinbode Akinbiyi’s (Nigeria) black-and-white Photography exhibition Passageways, Involuntary Narratives, and the Sound of Crowded Spaces (2015-2017) meets the eye, instead of the usual dinosaur exhibits. The expansive Friedrichsplatz stretches out in front of the Documenta Halle. Several participating institutions are located here. A huge advertisement catches one’s eye. It reads “Wer hat angst vor Schwarz” a misappropriation of the German “Wer hat Angst vom Schwarzen Man” (Who is scared of the Black Man?) a controversial children’s game. It is advertising Emeka Ogboh’s (Nigeria) drinkable art piece for the Documenta. The “black beer”, christened Sufferhead Original Stout alludes to Fela Kuti’s political anthem and is based on a recipe curated by interviewing people of African Descent living in Germany. About 300 meters into the city centre one arrives at the Königsplatz, the central square of Kassel (it is circular.) Almost at its centre, the 16.3 Meter high obelisk entitled Das Fremdlinge und Flüchtlinge Monument (Monument for strangers and Refugees, 2017) by its creator Olu Ogibe (Nigeria) soars into the sky. It is a monument to the 2015 Refugee Movement and Germany’s contested role in it. Olu Ogibe received the 2017 Arnold Bode Prize for his work. Additionally, Bouchra-Khalili (Mali,) Theo Eshetu (Netherlands/Ethiopia,) the iQhiya Collective (South Africa,) Manthia Diawara(Mali,) Narimane Mari (Algeria,) and Tracey Rose (South Africa) were amongst some of the other exhibiting artists from African Afrodiasporic contexts at the exhibition.