Invited to reflect on the historical and artistic heritage of Rome, the French artist is set to present a performative intervention at the ancient roman Baths of Diocletian. 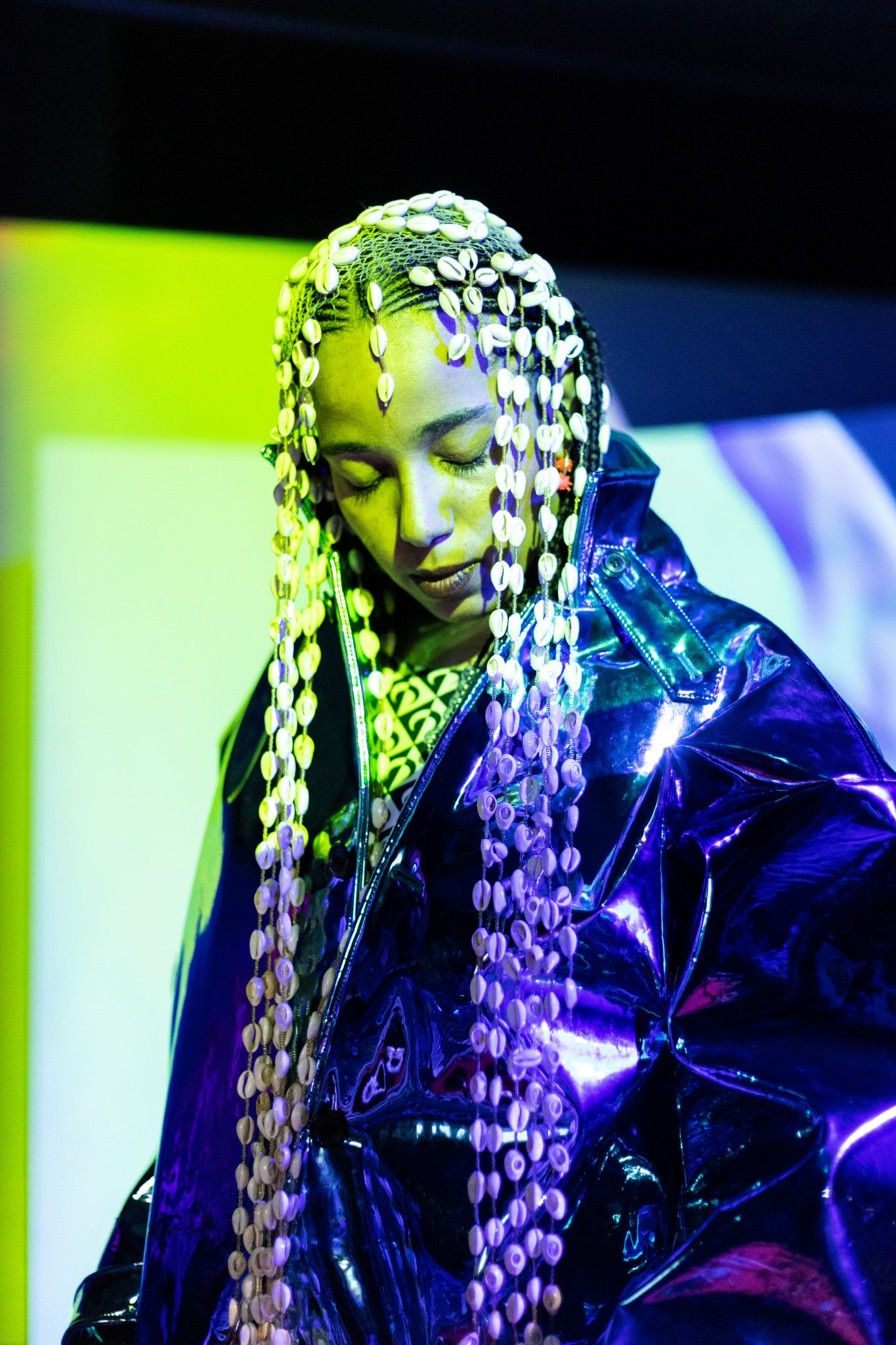 While co-organizing an exhibition in the Aula XI of the Baths of Diocletian in Rome in 2014, one floor mosaic struck me. It occupied part of the floor of a space which historically served as an additional cistern to the ancient Roman complex. Initially taken from the Villa of Nerone in Anzio, it depicts Heracles, the divine hero of Greek mythology, triumphantly holding a horn torn from the head of river divinity Acheloo.

During a fight to contend for the hand of Calydonian princess Deianira, legend has it that Acheloo, who could morph into any animal, turned into a snake, but upon being asphyxiated by Heracles he then mutated into a bull. According to the Hellenic mythology, mermaids were born from the drops of blood that fell from the wound.

This was my first encounter with the Baths. In my defense, being from Rome means having a cultural education in the greatness of the city, and largely taking its mythology and legend for granted.

Yet, if all roads lead to Rome, the arrival of French artist Joséfa Ntjam in one of the most influential cities of the late Roman Empire fits well into the framework of Hidden Histories, a public program of site-specific artistic interventions that reflect on the historical and artistic heritage of Rome from a de-colonial perspective.

She collects the raw material of her work from the internet and books on natural sciences. In her work, no medium prevails over another.  Rather, they form a collective tool through which she intertwines historical narratives and family histories with colonialism and mythology, creating futuristic utopias that challenge and overturn the concept of authenticity.

Family Reunion (2021), a work she recently exhibited at her solo show at the Nicoletti Gallery, London is illustrative of this. “I use family archives in my work as part of lacunar genealogies. I placed them in a new landscape, mostly from the deep sea alongside other characters who led revolts on the African continent. For me it is specifically related to the independence of Cameroon.” The oceanographic context, she says is a “metaphor of territory without boundaries, and also, the story of slavery, erased history, and dissident organization that emerges in the dark, like Drexciya”. An eponymous Techno band from Detroit created the myth of Drexciya—children of enslaved women who died in the ocean during the crossing of the Atlantic that are reborn with the help of witches of Atlantis School. Ntjam reinterprets the myth of Atlantide as a way to re-imagine the histories of  her family in the context of anticolonial  struggle.

Offering alternative historical perspectives to accepted narratives is often received with hostility, especially when the new narratives oppose the ethnocentrism of Western-European historical canons. In her series of photomontages Musée des inter-nets, a research project for her graduation thesis (2014), Ntjam highlights the construction of historical narratives inspired by the academic work of Senegalese anthropologist, historian and physicist Cheikh Anta Diop. In his book Nations Nègres et Cultures (1954), Diop reiterated that Egyptian civilization had Sub-Saharan origins. His research disrupted the academic community.  In 1960, the Sorbonne university which rejected his thesis in 1951, was forced to accept it in the face of the new findings, which included melanin tests on mummies that proved the existence of what historians have identified as the Black Pharaoh dynasty.

The process of creolization and hybridization which Ntjam engages with in many of her works—and that is central to the creative practices of the Black Speculative Arts Movement—is channelled through the aquatic universe. Her omnipresent use of mythology regulalrly features the oceans alongside plants and animals of the sea assembled within a dreamy utopian aesthetic that reveals a strong political dimension.

Filled with stories of domination and death—from the slave Trade to the contemporary crisis of people drowning in search of refuge—water is a symbol of a material and metaphorical fluidity that changes the course of the events in Ntjam’s work. She draws on the African water deity Mami Wata who is “alternatively and/or simultaneously monster, mermaid, dangerous woman, savior. For me, she’s a figure of anti-colonial revolt who struggled against colonial invasion by crashing slave ships, helping slaves in the abyss, giving them second lives. This character is the memory of an abyssal depth.”

Josèfa Ntjam presents a new performance that investigates the mythological, political and artistic elements associated with the aquatic imaginary, and its cult. At Diocletian Baths, mixing the iconography of the mosaics and statues of marine themes of the museum with those associated with aquatic cults of North Africa, Ntjam will give life to a new collection of statues through a performance that combines poetry, music and video.

‘Watery Thoughts’ is part of Hidden Histories, a curatorial platform of site-specific interventions in the city of Rome, curated by Locales.