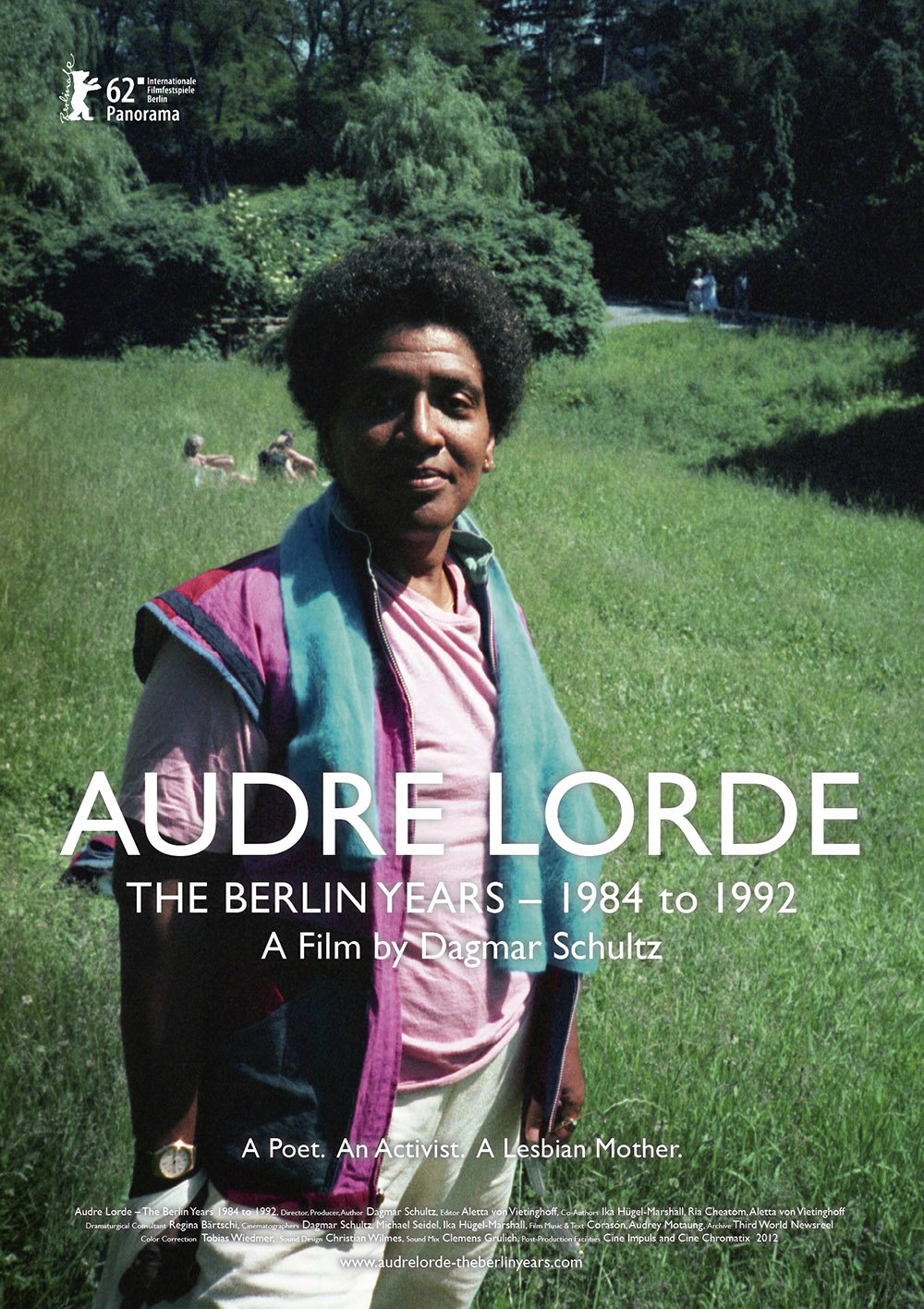 Audre Lorde – the Berlin Years 1984 to 1992 documents Audre Lorde’s influence on the German political and cultural scene during a decade of profound social change, a decade that brought about the fall of the Berlin Wall and the re-unification of East and West Germany. This chronicles an untold chapter of Lorde’s life: her empowerment of Afro-German women, as she challenged white women to acknowledge the significance of their white privilege and to deal with difference in constructive ways.

Supported by Lorde’s example Afro-German women began to write their history and their stories and to form political networks on behalf of Black people in Germany. As a result authors such as May Ayim, Katharina Oguntoye and Ika Hügel-Marshall published their works. Audre Lorde – The Berlin Years 1984 to 1992 outlines Lorde’s contributions to the German discourse on racism, xenophobia, antisemitism, classism, and homophobia within the Black movement and the Black and white women’s movement, a discourse alive and growing today. Present-day interviews explore the lasting influence of Lorde’s ideas and the impact of her work and personality.

Audre Lorde (February 18, 1934 – November 17, 1992) was an American writer, feminist, womanist, librarian, and civil rights activist. She was a self-described “black, lesbian, mother, warrior, poet,” who dedicated both her life and her creative talent to confronting and addressing injustices of racism, sexism, classism, heterosexism, and homophobia. As a poet, she is best known for technical mastery and emotional expression, as well as her poems that express anger and outrage at civil and social injustices she observed throughout her life. Her poems and prose largely deal with issues related to civil rights, feminism, lesbianism, illness and disability, and the exploration of black female identity.