A Tale Of Two Women

The documentary film Mane about two women—a rapper and a wrestler—is a much-needed boost of fresh air in the male-saturated tale of the “Generation hip hop” of Senegal. 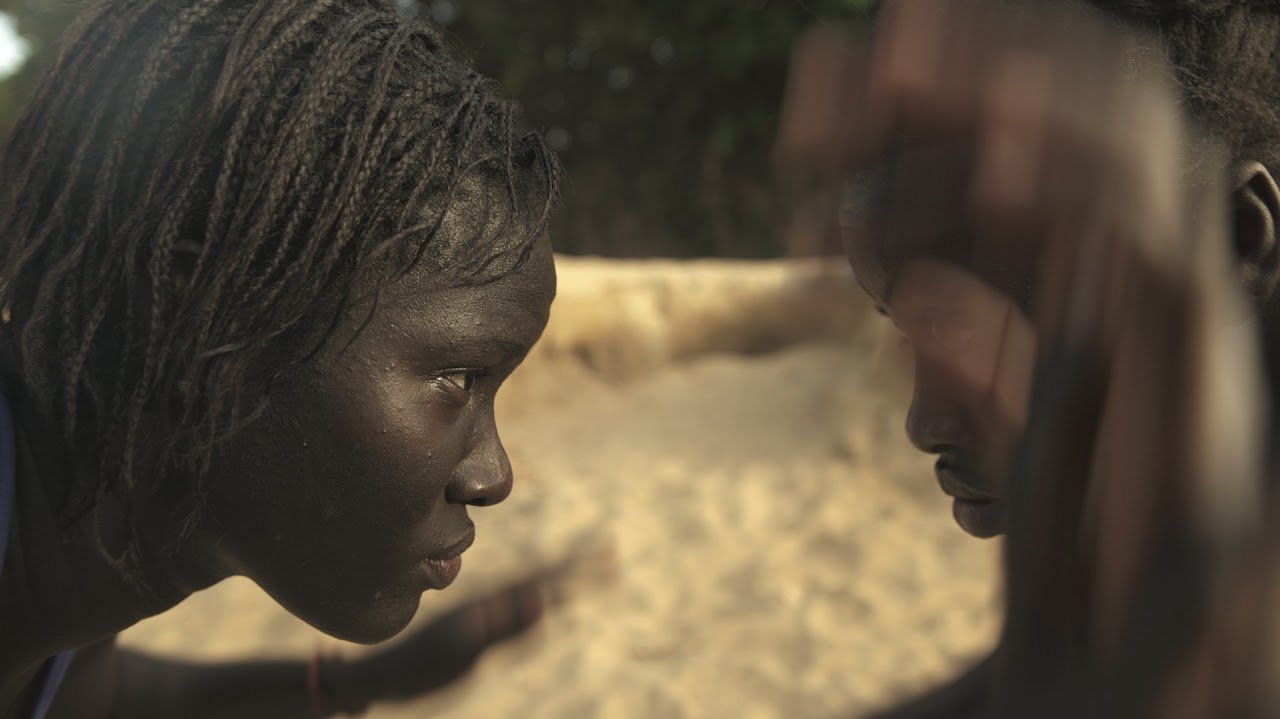 Wrestling and hip hop are domains that vibrantly capture the resilience and creativity of Senegalese youth in a globalized world—youth who struggle to fulfill their dreams of a meaningful life against the odds of severe unemployment and a struggling educational system. Senegalese wrestling, a traditional sport and art form, witnessed a revival in the 1990s. Today, it pays millions to male wrestlers who practice what is called modern wrestling: a type of wrestling introduced by French colonialists which incorporates some boxing moves such as hitting. Hip hop, on the other hand, arrived in Senegal in the late 1980s and was transformed into a unique brand that espouses local languages and aesthetics. Senegalese hip hop also has a robust activist component, epitomized by the Y’en a Marre (Enough is Enough) movement and their epic impact on the outcome of the 2012 presidential elections. (Y’en a Marre’s decision to endorse then-candidate Macky Sall had a big influence on mobilizing young people to elect him to the presidency.)

The documentary film Mane (2020), by Austrian director Sandra Krampelhuber, follows two young Senegalese women in their journey to self-actualization in male-dominated terrains. The stories of Toussa (Astou Gueye), a rapper from Dakar, and Emodj (Jeanette Sambou), a wrestler in southern Senegal, alternate in a call-and-response style as the camera moves from one setting to the other.

Mane is a feminist film. The stories of Senegalese hip hop artists have been told in scholarly publications and documentaries such as African Underground: Democracy in Dakar (2007), 100% Galsen (2012), and Krampelhuber’s own 100% Dakar: More Than Art (2014). Though some of these works feature women, none of them are exclusively dedicated to their unique and gendered experiences. That’s what Krampelhuber accomplishes in Mane with her focus on Toussa, paralleling it with the story of Emodj. The beauty of the film lies in its exclusive look into the women’s experiences; it prioritizes their voices rather than burying them in a sea of hegemonic male performances. The title, which means “Me” in Wolof—the country’s lingua franca—centers the experiences of the two women and highlights their individuality. One can understand why Krampelhuber did not use “Man,” the correct Wolof spelling, which—in an ironic linguistic coincidence that would have nonetheless been a travesty—would have put a confusing focus back onto men for the film’s English speaking audiences.

Krampelhuber gives space and agency to the two young women. She sets their stories against the backdrop of a legacy of strong women in Senegal’s history, such as Alin Sitoe Diatta, Jëmbat Mboji, and the women of Nder in Northern Senegal, who, one Tuesday in November 1819, immolated themselves rather than become slaves to their raiding neighbors, the Trarza Moors. There are lots of women in the film, from women in the bustling markets of Dakar to the women in Toussa and Emodj’s family circles. The interviews with Toussa’s grandmother and Emodj’s mother, who was also a wrestler in her youth, ground the young women in a genealogy of resilient matriarchs who forged their personalities and inculcated in them a sense of pride and determination. These scenes also allow the viewer to witness the young women’s humanity and vulnerability. Toussa and Emodj’s sense of identity and awareness of the challenges they face are palpable, and so is their determination to succeed in their self-designed goals.

The two storytelling arcs display a culturally and geographically diverse Senegal. Krampelhuber contrasts the cacophonous and colorful streets of Dakar with the green and natural sceneries of southern Senegal. The hustle and bustle of the city is creatively juxtaposed with the lone chirping of birds in the forest where Emodj goes for a run, emphasizing the cinematic call-and-response. This diversity is also rendered in how the two women move across time and space in their respective communities. Toussa’s a cappella is serious and upbeat, sharpening the urban swag of Dakar and her own resilience in the male-saturated hip hop landscape, while Emodj’s movements are unhurried and calm even during training.

While Toussa is well-known in Senegal and has even had some international exposure, Emodj is a hidden gem, and her parts have several merits. It is safe to say that not many Senegalese people know that Ekolomodj—female wrestling among the Joola—exists, and that it is indigenous to southern Senegal. The focus on Emodj integrates the often-isolated south of Senegal into a broader national fabric. Also, contrary to the assumption that wrestling is a male sport, Emodj’s story shows that women have wrestled in this part of Senegal for many generations. Her aspiration to become a professional wrestler shows the region’s enduring cultural resistance to coloniality even as female wrestlers struggle to get serious recognition. Indeed, the experiences of Isabelle Sambou, the 2012 World and repeated African Champion in Beach Wrestling, underscore the gendered double standards in Senegalese wrestling—where men can make a living from the sport and women are relegated to the less lucrative Olympic domain.

At times, the staging seems to slow the flow of the filmic movements. The connection between Toussa and Emodj is not explained in the film, even though we see that they know each other and share a bond. Urban life photographer and director Ndeye Fatou Thiam (also known as Ina) and Emodj’s trainer, Isabelle Sambou, both have substantial appearances in the film, and their presence complements the stories of Toussa and Emodj. However, they are not introduced by name, making it difficult for viewers to guess who they are. The orthographical confusion in the film’s title remains an issue because it echoes the unrelated English word “mane.” Relatedly, when you google the film, the top hits are about Made in Senegal (2020), a documentary about famous Senegalese soccer player Sadio Mané, who scored the winning goal during Senegal’s first-time win in the 2022 Africa Cup of Nations. This could have been solved by using “nje,” the word for “me” in Emodj’s native Joola, thereby dismantling yet another hegemony: that of Wolof over other indigenous languages in Senegal.

Even with these minor imperfections, Mane is a much-needed breath of fresh air in the male-saturated tale of Senegal’s “generation hip hop.” Toussa and Emodj are winners because they dared to enter spaces that resist and undermine their presence. Krampelhuber is a winner, too, for breaking away from the stereotype of the hapless African woman. I tip my musóor—the traditional Senegalese headscarf—to all three of them!

This piece by Marame Gueye originally appeared on Africa is a Country.