Twenty-two Remarkable 2018 Releases To Wind Up The Year 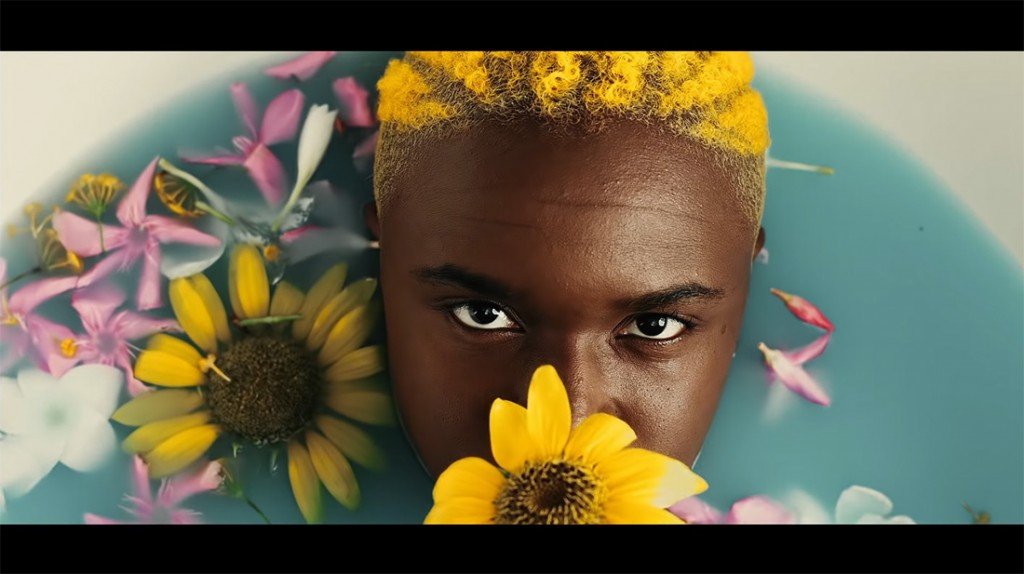 2018 was a rollercoaster year in all kinds of ways. As far as music was concerned, 2018 was undeniably a year of bounty. There were plenty of amazing releases from established and emerging artists, and then there were the ubiquitous dance trends. Shaku Shaku and the Kupe Dance made waves on dance floors worldwide, gathering millions of likes and shares online within months mostly from Africa and its Diaspora. An unfortunate flipside of the “trend-economy” however, is that a lot of original authentic and very fresh releases are rendered way too easy to miss. But not to worry, we at GRIOT did the homework for you, collecting twenty-two remarkable 2018 releases that you definitely should know before the year ends.

From Baloji to South Africa’s Batuk, and Kenya’s Ukweli & Miss Karun, to diasporans such as Amaarae and Sampa the Great, this list traverses the African continent and its diaspora to bring you some of this year’s most remarkable and chronically understated new releases in no particular order. Admittedly, such an undertaking can only be the tip of the iceberg. What this list shows is that there are a lot of amazing artists out there that your streaming service algorithm might not have recommend to you yet. So let’s get to it:

1. Baloji – Soleil du Volt
Off one of the most innovative albums this year, Baloji’s Soleil du Volt or Electric Sun lives up to its name. Its visuals are taken from a Baloji’s feature film set in the DRC, the Kaniama Show.

2. Ria Boss – Blood in the Water
Ria Boss knows her business when it comes to chilled R&B, her vocals are soulful, dreamy and extremely polished. Blood in the Water is off the Ghanaian artist’s four-week old, independently produced four-track EP Underwater.

3. Kae Sun – Treehouse
The Ghanaian-Canadian singer says Treehouse was inspired by the “never-ending” dawn of his Dzorwulu neighbourhood in Accra, where churchgoers and revellers often encounter each other on Sunday morning, each going their own way. For the singer “Treehouse is for both spirits”.

4. Nonku Phiri – Sîfó
South Africa’s Nonku Phiri bestowed us with yet another of her treasured masterpieces this year. The track was produced in collaboration with Dion Monti.

5. Sampa the Great – Energy
Sampa the Great’s star has been rising even higher this year. Her latest track Energy featuring Naddem Din-Gabisi is fresh out of the studio, featuring staggeringly empowering visuals. Released at the end of November, this track by the Zambia-born singer is definitely an early Christmas present.

6. Kwesi Arthur x M.anifest – Feels
Kwesi Arthur may be a rising act in Ghanaian Hip Hop scene, but he shines like a diamond in his inaugural collab with Ghanaian rap O.G M.anifest. We cant wait to hear more (from and of) him.

7. Shekhinah – Please Mr.
Shekinah has had a great year, having risen to new heights with two stellar singles and an album this year. Please Mr, whose visuals are set in a Cape Town villa, is one of them. It is a fresh R&B track with an addictive hook that should definitely be on your playlist.

8. Odunsi, Zamir & Santi – Alté Cruise
Odunsi, Zamir and Santi, some of the flagbearers of the budding Alté scene out of Nigeria have been some of this year’s coolest acts. We already did a profile here. With Alté Cruise, they propose a groovy anthem for any situation.

9. Amaarae – Fluid
Amaarae, the Ghanaian affiliate of the aforementioned Alté scene, is a rising solo act, having released several tracks in the last few years. This year, we loved Fluid most for its affirming lyrics and its colourful catchy visuals.

11. Sister Deborah – Pure Water
The reigning Ghanaian queen of Irony, Sister Deborah joins forces with Efya to prove that nothing is holy. They rein in on Pure Water: the ubiquitous plastic sachets of drinking water that are sold literally everywhere in Ghana. We came for her tongue in cheek lyrics, and stayed for the video.

12. Blinky Bill – Showdown
Blinky Bill, 1/3 of Kenya’s ultimate experimental musical collective Just a Band who are currently exploring solo projects, finally released his much anticipated album Everybody Is just Winging It And Other Fly Tales last November. The first single, Showdown, is just that: celebrating the Nu Nairobi scene by featuring Mvroe and Kiwango and some amazing feel good visual accompaniment.

13. Kokoko! – Blvd Lumumba
Kokoko! the “soundtrack of Kinshasa’s tomorrow” is back with new 5 track EP Liboso, featuring Azo Toke the ultimate no f*cks given track of 2018.

14. Estère – Tokoloshe
The Kiwi-Cameroonian singer-songwriter and producer made us dream this year with her two-part album My Design, On Others’ Lives. In the beautiful Tokoloshe, which refers to a dwarf-like water spirit in Zulu mythology, Estère brings her electric blue witch hop to life accompanied by rapper Raiza Biza.

15. DJ Lag & Moses Boyd – Drumming
Drumming is what you get when the legendary Jazz drummer Moses Boyd and the celebrated South African Gqom King DJ Lag do a collab.

17. Moonchild Sanelly – Weh Mammeh
Moonchild Sanelly has had a busy year, having featured on several of South Africa’s biggest hits of the year. Between all that and the SXSW festival in the US, she managed to shoot her unmediated video for her gqom track Weh Mammeh.

18. Manthe Ribane Okzharp – Closer Apart
South Africa’s Manthe Ribane and Okzharp take a step back from heavy club tracks in their new project Closer/Apart. It is much slower, with a focus on lyrical interventions by the multitalented allrounder Ribane amidst Okzharp’s laid back beat infrastructure.

19. Jojo Abot – Alime
Alime is the 2018 track that had the internet claiming that Ghanaian Jojo Abot was a kwaito artist, much to her amusement. Even so, the pan-african approach to her creative output doesn’t make it easy to define Jojo Abot’s work, it does make it easy to enjoy though.

20. Pierre Kwenders – Makanda
Congolese-Canadian Pierre Kwenders channels the Congolese falsetto style to bring us Makanda, a single off his six track album MAKANDA at the End of Space, the Beginning of time. We love the video which was released this year, featuring vocals by Palaceer Lazaro & SassyBlack.

21. Mélissa Laveaux – Angeli-ko
The queer Canadian-Haitian singer-songwriter Melissa Laveaux recounted the American military occupation of Haiti from 1915 to 1934 in her new album, Radyo Siwèl, by mixing his characteristic indie-rock pizzicato style and Haitian tradition and voodoo folklore. The video for Angeli-ko, designed by Kelzang Ravach and Marion Castera, is a small taste of the lives, stories and experiences that Laveaux shed a light on.

22. Petit Noir – Blamefire
Petit Noir’s Blamefire is part of the La Maison Noir EP ensemble, an innovative biographical rendering by the Congolese-South African artist produced in collaboration with Red Bull Music. The ensemble features six tracks, four of which are part of the visual album. Blamefire is the soundtrack to the first chapter of the visual album, which represents Birth.