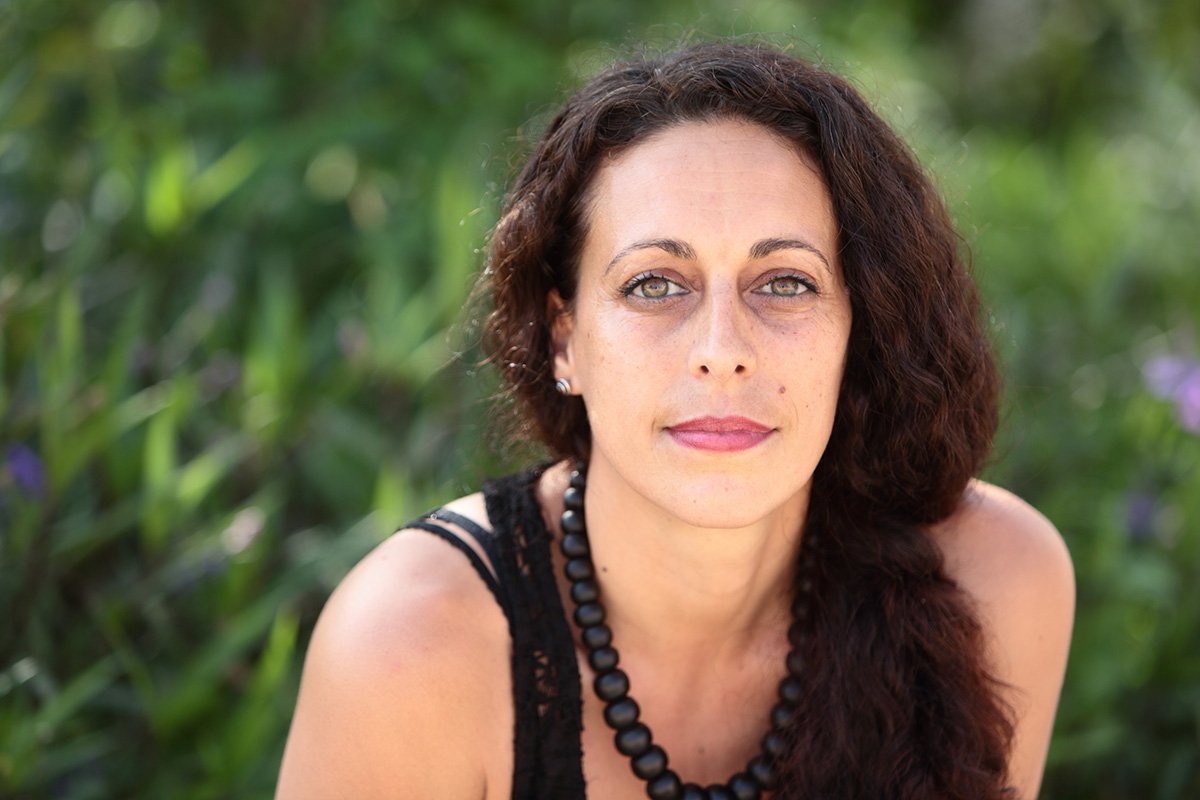 Tiziana Manfredi is a Genoese video artist we met last spring in Senegal during the tour of our contemporary dance and video art project Mirrors in sub-Saharan Africa. After a series of trips to Senegal and thanks to a series of works in the documentary and artistic field, Manfredi decided to move to Dakar permanently in 2011. Since then, this city has become the base from which she started other collaborations around the continent.

Manfredi worked on many projects during her artistic career, but recently there was one that really caught my attention: the recovery and reconstitution of the Senegalese film archive, more specifically the restoration of the actualités sénégalaises, i.e. newsreels produced and distributed in Dakar between the late 1950s and the 1980s.

We discussed this journey through time with her, a journey which crosses the spaces of colonialism and independence, self-representation, the definition of self and reparation, by intersecting with other traces of transcontinental memory present in her latest theatrical video art piece, When Birds Refuse to Fly. GRIOT: Together with your project partner, Marco Lena, you want to start the restoration of 400 Senegalese news videos from the 1960s that were going to be destroyed. How did the idea come about?

Tiziana Manfredi: To be precise, these are the Senegalese News, in other words newsreels of variable duration produced by the Ministry of Communication to inform the country about the government’s action. They were news intended to be shown in cinemas before they were broadcast on television. The reels are dated from the late 1950s, therefore pre-independence, to the 1980s. They were not destined for destruction, but they have been forgotten for various reasons, and thus risked being destroyed.

The project has already started, and for the moment we are talking about the recovery and reconstitution of the archive of the Senegalese film library. The restoration will only be possible later on, when the archive is accessible again.

We stumbled upon this material by chance in 2009 and the idea of ​​investing in this project has matured over the years, especially thanks to the dialogue with various professionals in the sector, including director of cinematography, Hugues Diaz, who expressed to us the desire to find collaborators for this project.

In 2015 Marco Lena decided to do a Masters degree in film restoration at La Sapienza [Rome, Italy] and completed this path at the Toulouse film library, and then working on a digitization project at the Moroccan Cinematographic Center, between 2016 and 2017.

After this experience, he returned to Senegal and we resumed contacts with the direction of cinema to devise an intervention strategy that in November 2019 allowed us to recover the remaining reels in an old ministry building. The desire for this project has grown because this material is in fact a very important world heritage, and it’s the heritage of a country that has welcomed us and that has become a second home to us. Secondly, we consider the past as one of the main keys to understanding the present, especially in the face of the current situation we are experiencing in Italy as well, and of which we only see the tip of the iceberg for lack of real information and complete historical sources.

What role did these films play in society, besides informing people?

In addition to being an instrument of political information and propaganda during and after the colonisation, the [Senegalese] News assumed a greater value when they became African productions, because—this is very important to know—as reported by researcher and friend Clementine Dramani-Issifou, according to the 1934 Pierre Laval decree, in colonial times Africans were forbidden to film themselves without the authorisation of the governor of the colony of competence; cinema was therefore a propaganda tool to help build a caricatured image of Africa.

Thus, self-representation becomes a political act of self-affirmation and identity definition, an extremely important, meaningful gesture. There is also the vital force of the black people repressed during colonisation, which has resulted in many forms of expression despite the repression.

I was lucky enough to hear Christiane Taubira’s speech, former French minister of justice, on the subject of reparation during the last edition of the Atelier de la Pensée organised by writer Felwine Sarr at the Musée des Civilizations Noires. And I feel I have taken part in a very important historical event, there was a standing ovation in the room for the lucidity and the power of her message of which I share an excerpt:

[Frantz] Fanon said: “There isn’t a more sterile approach to being oppressed than to appeal to the heart of the oppressor.” Let’s be clear, it’s useless to appeal to compassion, to empathy. Let’s be clear. We know that we must be united. We must first unite in order to be able to face all human tragedies. Because they all concern us directly. Making the past history is our collective responsibility.

Edouard Glissant invites us to have a prophetic vision of the past: it’s a paradox, but we will never have an exhaustive knowledge of the stories, the devastation, the perseverance, the sadness, the joy, the resistance.

[…] An intuition on that creativity that has irrigated this long period which we often view as infinite darkness, but which fortunately wasn’t only domination and violence, but also moments of light, inventiveness, creation, joy. These people loved, sang, danced, because it was the supreme victory of the human.

We repair, because we’ve given ourselves the means to love life and live life. Because we say we have sublimated the supreme, total, absolute misfortune. That’s why I think deeply, intensely, and say it serenely: we survived stubborn, obstinate, pugnacious and above all we are magnificent resilient people.

We have made suffering a well of empathy and creative power. We are able—because we’ve already been repaired—to repair the world, the worlds and to repair those who need to repair themselves.” Only 400 specimens of this material—which is part of a treasure of 5,900 reels—are recoverable. What caused the deterioration of the others?

It was mainly the inadequate storage conditions. The issue of preservation of analogue material is now a key issue that hasn’t been considered an urgency for many regions of the globe yet, even though experts are pushing more and more to make people understand the need for preservation.

How should the restoration process work? What steps will it follow?

In the first phase, an analysis of the film material is required. We are able to carry this out thanks to a viewing table that Marco built himself and which allows the manual repair of the perforations. The films can then be washed and finally scanned in order to be digitally archived. The restoration happens in a subsequent phase, through the intervention of specific programmes.

Once restored, what will happen to this material?

Completing the project means reconstituting the Senegalese national film library also by looking for other material present on both national and international territory. The goal is to make this historiographic source accessible and also to make it circulate once again, thanks to viewings, conferences, publications and multimedia exhibitions.

Have you already been able to see some videos?

Thanks to a first intervention made by the Toulouse film library, which was the first to manifest the desire to be a partner in this project, it was possible to digitize and then view four reels, two of which are very important. Of what has been rescued, there are countless other titles of interesting works, but the value of this material is given by its historical importance as a whole. For example, many names that later on became important personalities of African cinema worked at the Ministry of Communication in this period.

Moving on to your work as a video artist: your latest theatrical project is When Birds Refuse To Fly, a dance show for which you have curated the video installations. The show deals with the theme of crossing borders, comparing the emotional experiences of black Americans during the Civil Rights Movement’s era in the 1960s and those of Burkinabé Africans immediately after the country’s independence in 1960. What was was it like working on this project?

This was a very important human and professional experience for me, also thanks to a real crossing of territories and to the fact that we were a transnational team (Burkina Faso, France, Italy, United States); also, we stylistically smashed the boundary between dance and theater. Olivier Tarpaga, originally from Burkina Faso, lives and works between the United States and his home country. He is a dancer, a choreographer, a musician and a teacher at the Lewis Center for the Arts and he’s the director of the African music ensemble in the music department at Princeton University. His act of crossing of borders is put into action in the entirety of his creative path and consequently in the narration. In fact, the piece depicts in parallel the emotional experiences of the American black community during the civil rights movement of the 1960s and those of Burkinabé, following the independence of the Alto Volta [in 1984 the country took the name of Burkina Faso] declared in 1960.

Can you tell me more about the work you did and the research you carried out?

The scenic space is experienced as a space of memory. A constantly changing space which is deconstructed and reconstructed as a set of modular pieces in which bodies and images cause the change. At the same time, they evoke key historical facts, sometimes through the aesthetics of the studio photos, typical of the 60s, but also through emotional facts brought on by moments and abstract images which suggest a suspended time and an intimate territory in which the character exists.

I started with a research in Ouagadougou [the capital of Burkina Faso], going through some family archives of this era called “les années yéyé” (the yéyé years) of the great orchestras of which Olivier’s father, Richard Tarpaga, was part of. I was also lucky enough to meet and film To Finley, one of the singers of the famous Super Volta orchestra that helped, like other bands, to write the history of the golden age of music.

For the pièce, To Finley sang acapella “Father Otis”—a tribute to Otis Redding—in the old popular theater desired by Thomas Sankara. West Africa and the United States coming together through sonic connections. This powerful music of the post-independence years shook an entire generation and in this piece of work it recounts the explosive energy of those years together with bodies and images.

I then researched other types of archives, films’ archives and of the American press, to allow the transoceanic shift that takes place in the symbolic space of the boxing ring in the historical 1974 “Rumble in the jungle” match between George Foreman and Mohamed Ali in Kinshasa.

The concept of the set design for the video was created alongside Olivier and lighting designer Cyril Givort. We shared our reflections in order to give continuity to all the elements present on the scene: bodies, mobile architectures and lights, where images exist like suspended memory, which presses, incites, shakes and still makes this past exist.