The World According To Estère | The Kiwi Producer, Singer-songwriter Opens Up 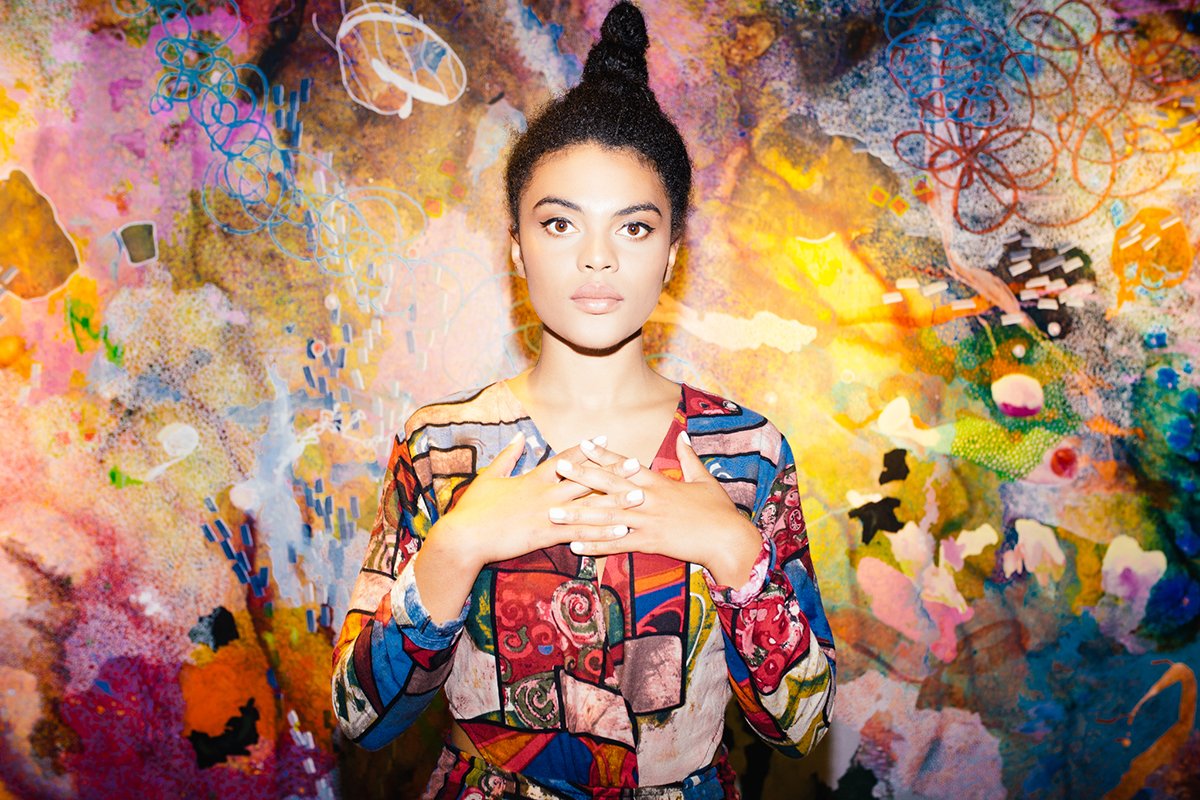 Have you ever tried to imagine your life in someone else’s shoes, to look–even for a few seconds–from other people’s eyes, seeing their dreams, fears, hopes and all there is in on Earth and in one’s life from another perspective?

Welcome to the world of kiwi-cameroonian singer songwriter and producer, Estère Dalton, a world where clashes spark similarities and art goes straight to essence of being by cross pollinating genres, concepts, thoughts and ideas. Since she stepped out of the cocoon with her first releases in 2014 and 2015, Estère has become increasingly popular both in New Zealand and Europe–especially for her electric blue witch hop, a one-of-a-kind music genre she created to better introduce herself and her music–and last March she supported the one and only Grace Jones in what she describes as “the highest pinnacle in terms of who I could open a concert for.”

Recently Estère released her new utterly mesmerising piece of work My Design, On Others’ Lives, an album that was tactically split in two parts: My Design came out first, while the latter On Others’ Lives dropped last April 27 completing the project. She did it because “the songs are quite concept heavy,” she explained, “they’ve got very particular narratives and I wanted to give them space to breath.” For instance, Ambition, is a song about the high class prostitute who wants to become president of the United States, while Underwater Whale Knowledge is about having conversations with whales and exploring our very essence, what we used to be.

Estère’s artistry, songwriting and unique production technique are a wonderful expression of her eclectic flare, but also of her view on life: “If I’m writing a song, it is not directly saying ‘this is what happened to me, and this is what it felt like.’ It’s always my design, crafting whatever it is that I’m trying to say, because I’m so interested in other people’s lives and experiences.” And if you wondering where her inspiration comes from, then you should know that Estère latest album isn’t the only thing that is split, as her personal life also conceals a twofold quirkiness: she tutors cultural anthropology at Wellington University.

“I became interested in anthropology when I first started university and I enrolled in psychology,” she told us, “but I was alarmed by the lab reports we had to produce and also by the fact that I had to take a mandatory statistics paper. So, eventually I concluded that psychology wasn’t the field for me. Someone had recommended to me sociology and anthropology, so I started to sit at lectures.” Eventually, she started doing cultural anthropology, which turned out to be exactly was she was looking for when she first started psychology, “the course was a double major in philosophy and anthropology and I think that both of those things have influenced my work quite a lot in terms of how I write and how I perceive things” the singer revealed.

In Estère’s magical world, every song is an expedition into new unknown sonic landscapes and point of views, melodically pronounced by her soft, intriguing timber and a mix of often contrasting layered sounds and harmonies. What’s more, she’s a one-woman-band: not only she produces her tracks, she’s recently started curating the engineering side as well, something that clearly shows her curiosity and eagerness to learn and find new forms and means of expression and inspiration.

“It’s hard for me to put my finger on exactly as to what that inspires my music, because I’m inspired by a lot of musical genres and artists. Melody is really important to me and there are certain melodies that I naturally gravitate towards that come from all different corners,” she said, “ and something that fascinates me is how you can see parallels between 15th century English church music–for example–and Senegalese or African harmonies, or between Irish ballads and pop music.”

Estère is also drawn towards stuff that resonates naturally also in terms of her heritage: “I was born in New Zealand and my dad is from Cameroon, but I also think that some of the stuff that goes back further, on a longer trail, has an effect. With this album, I think that it’s evident that I was searching and finding different things along the way. Because the songs are so different from each other, as well as the body of work itself.”

During her life Estère lived in Germany and visited France many times as her brothers, father and step-mother live there. Nonetheless, her relationship with Cameroon still needs to be explored because “I’ve never been to this place that is so integral of my genealogy,” she explained. “If you haven’t grown up and experienced a place, then you’re somewhat removed from it, even if it’s part of who you are. I mean, I’ve got forty cousins that live there, you know?! I’ve got so much family there, but I have never met any of them, it’s kind of strange!”

This summer Estère will be touring Europe for twelve shows across France, Germany, Spain and the UK, including AfroPunk Paris in July. Listen to her beautiful My Design, On Others’ Lives, don’t miss Estère’s debut at AFROPUNK Festival Paris, and find out more about her summer tour here.