Taking Stock After The Strongest Decade Of “African Photography”

The book The Journey. New Positions in African Photography' collects fascinating work by African photographers produced between 2008 and 2018. However, there are lingering questions about who gets to see it. 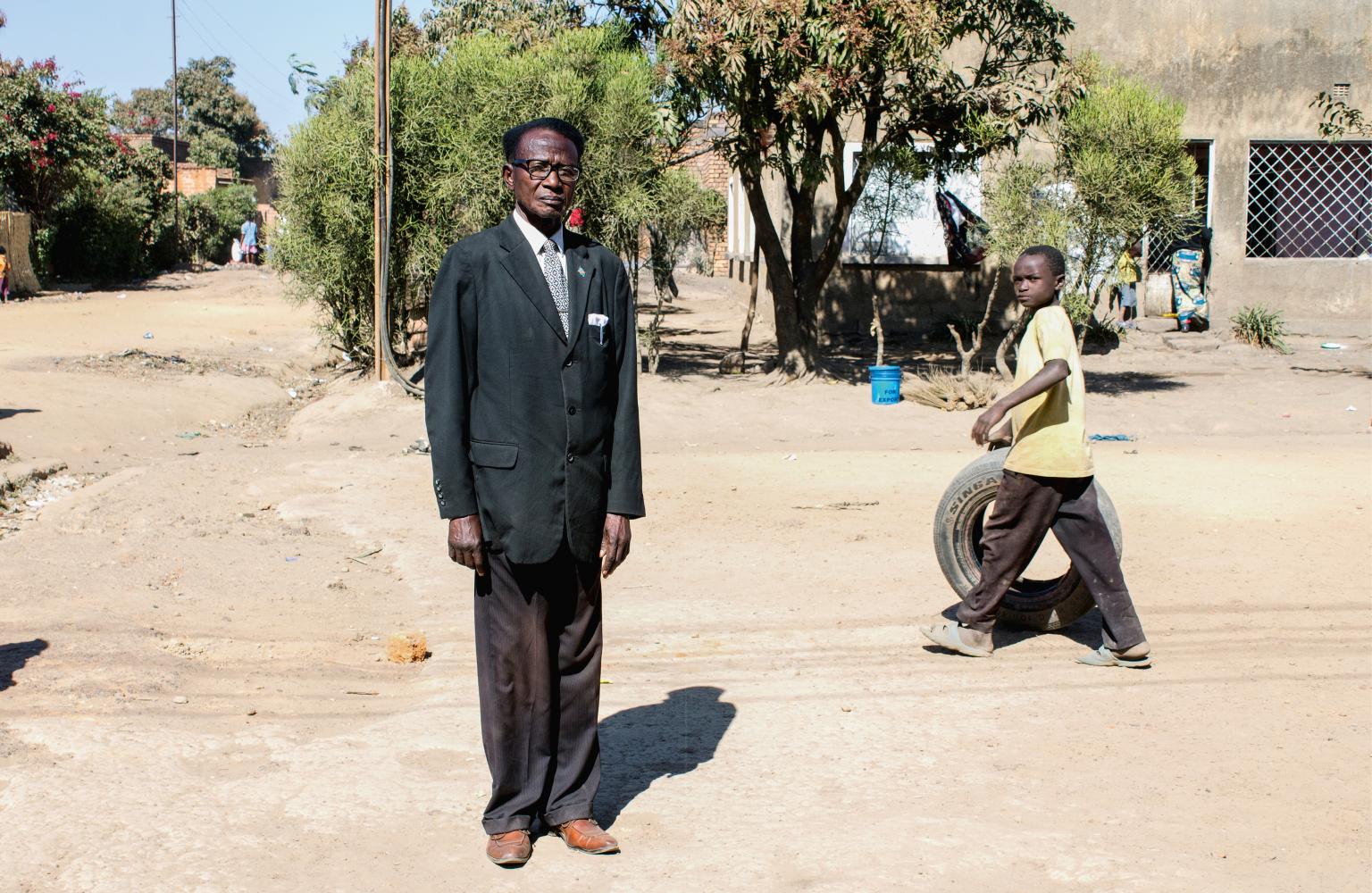 Akinbode Akinbiyi, Yagazie Emezi, Mohau Modisakeng and Yves Sambu are just four of the photographers whose work is on view at the Ray Triennale in Frankfurt, Germany until 12 September. This seemingly random selection of photographers from Nigeria, South Africa and the Democratic Republic of Congo is revealing if one revisits the recent history of ‘African photography’. Of course, no such thing exists, because it is not the photography that is African, but the photographers. This is impressively brought to bear in The Journey: New Positions in African Photography. Yet, the book’s editors, curator Simon Njami and art critic Sean O’Toole, still went for this misleading, widespread designation.

The fact that much of the work discussed in the book is responsible for the steady proliferation of photography by Africans at exhibitions in Europe and elsewhere testifies to the success of the Photographers’ Masterclass project, in which all the featured creatives participated. But it also suggests that European curators, galleries and museums are keen to make up for lost time.

The illustrious Berlin-based master photographer Akinbode Akinbiyi (b. 1946), served as an instructor of the Photographers Masterclass for ten years. Until 2018, this week-long masterclass was organised annually at the initiative of Simon Njami and the then director of the Goethe Institut in Johannesburg, Peter Anders. The Masterclass was a mixture of visual theory, portfolio review, exhibition visits and a mentoring programme in eight African (capital) cities.

Though Sambu (b. 1980), Modisakeng (1986) and Emezi (1989)  came into their own without the “Masterclass”, they all did so between 2008 and 2018. If anything, this decade was defining for contemporary photography in the African continent and on the global stage. For the first time in history, there was a significant number of concept-led African photographers at work. This development was reflected in biennials (for example in Bamako, Dakar, Lubumbashi and Lagos), which dedicated entire exhibitions to this photography. The Masterclass alone supported 50 rising photographers. 17 of them are presented with portfolios in The Journey.

The possibilities are endless

One of them is South African photographer Thabiso Sekgala (1981-2014), a 2013 graduate of the Lagos cohort. “I am eager to find new ways to tell stories […],” Sekgala said in a 2014 interview. “We live in interesting times where the possibilities are endless.” In the same interview, he also expressed his frustration with the expectation that photographers from South Africa must reference apartheid. Sekgala used his residency at the “International Studio Programme” of Berlin’s Künstlerhaus Bethanien to try out new things. His interest in the Turkish diaspora in Berlin led to the series “Paradise” (2014): urban scenes from Berlin and Istanbul in which Europe’s “paradisiacal” attributions (as perceived from the outside) are subtly shattered. A few weeks after the series was published, he took his own life at the age of 33.

In contrast, younger cohorts of the “Masterclass” show preference for portrait photography as a low-risk format for self-taught experimentation. Each of Gosette Lubondo’s (b. 1993 in Kinshasa) portraits from the 2017 series Talangai (“Look at me”) is a triptych. The first two shots show Lubondo’s subjects, all women from Kinshasa, in two different outfits in front of their homes. In the first image of each set, the women are dressed up, while they pose in their casual clothes in the second image. The third image shows a still life from the tiny homes of the photographed, often a TV table or laminated pictures on the wall. Something is happening between the images. The subjects move around, possibly cleaning up, but these movements remain hidden between the three snapshots.

In Macline Hien’s (b. 1970 in Abidjan) series Victims from 2014, it is the gazes, perhaps even the essence of the subjects that are hidden. The subjects in front of Hien’s camera  experienced violence during the unrest that followed the disputed 2010 presidential elections in Côte d’Ivoire. Sitting or standing on the black cloth that serves as an open-air studio backdrop, they face the other way. Their trauma is only hinted at. In Hien’s series, it becomes clear that even experienced photographers use variations of the portrait to channel ideas that  challenge the photojournalistic gaze on topics such as political violence (in Hien’s case) or urban life (in Lubondo’s case).

Parts of the target audience might never see the book

Ala Kheir (b. 1985 in Nyala), captures a fleeting sense of his city’s history through his photographs. His panoramas reveal a dreamy view of Khartoum. Kheir left Khartoum for a few years to study mechanical engineering abroad. On his return, he created the Revisiting Khartoum (2015) series, drawing from his childhood memories of visits to the city centre when Kheir’s father had an office there in the 1990s. He imagined himself working in one of the wide streets one day, but found a completely different city when he returned. In his dreamy gaze, the hope he must have in his country as a young father shines through.

The Journey aims to be more than a documentation of the Photographers’ Masterclass. The book is intended to be an important resource, a work in its own right, not least because of the 13 essays in the volume. But this is where the otherwise brilliant book falters, because the most important part of the target audience might never get to hold the book in their hands. African photographers, unless they already know the programme, will struggle to access this book. The publisher’s distribution network in Africa is feeble ( 7 out of 54 countries are catered for). On the very last pages, readers learn that “Kerber Publications are distributed Worldwide: in Europe, Asia, South and North America”. Africa simply isn’t mentioned.

This sums up a perennial structural paradox in how contemporary culture from the African continent is consumed. As with agricultural value chains (for example, cocoa or coffee), one gets the impression that Africans are only foreseen in the production stage and are not taken seriously as consumers. One wishes it were otherwise, because The Journey  holds enormous potential both for African photographers and for local creative scenes on the continent. These latter spaces are an underestimated nurturing environment for the refreshing, promising work that fills The Journey’s pages.