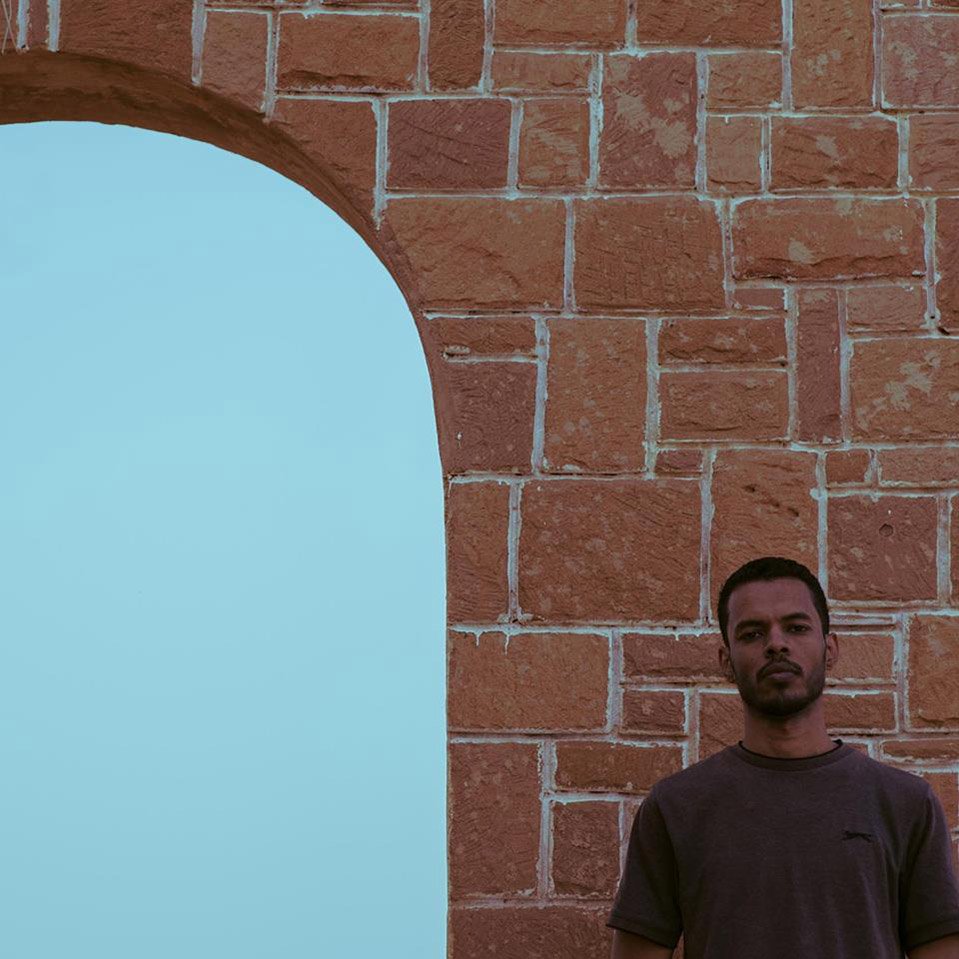 The cultural, artistic and social narratives of distant countries such as Sudan are always so inaccurate and imbued with a post-colonial notch that it is very easy to get the wrong (stereotypical) idea.

Sufyvn tells his story in first person through the sound experimentation that has led him to forge his sophisticated signature sound. He started his musical path as a child when, at the age of six, he used to make beats to rap on.

With his latest EP, Ascension, which was released last March and has reached 3 million streams on Spotify a few days ago, Sufyvn brings Sudanese electronic music to a whole new expressive level, opening new frontiers for IDM music that rarely has been blended with traditional music with such originality. We interviewed Sufyvn to find out more about him, his music and his sound research, and the electronic music scene in Sudan, as he will perform in Rotterdam, Milan and Rome this weekend.

GRIOT: How do you describe your music?

Sufyvn: It’s always difficult to answer this question, but I would say that my sound is electronic music that doesn’t necessarily conform to any specific genre, other than having distinctive Sudanese elements, which is not always the case. Sometimes I produce whatever music I feel at a given moment, and it might sound like nothing I have released before. So the short answer is, it depends.

You use Sudanese vintage instruments and other african percussions in your productions. How do you research and get hold of them? And how did you develop this artistic approach?

I get them from a lot of sources, basically anything, from cassettes and vinyls, to wav files, and even from Youtube sometimes. Whatever I can put my hands on, it just has to sound cool, and appeal to me. Digging for Sudanese records is probably the hardest of them all, because not a lot of records can be found online. I’d say at least half the great records that were released in the past can’t be found anywhere on the internet, sometimes even entire discographies of some huge artists go missing. Searching for old cassettes is tricky as well, even in Khartoum. I also search for and sample other traditional music too, from asian music, to Arabic, Afro-cuban and Haitian music. Whatever that sound good.

Your latest EP Ascension is a mesmerising piece of work and has been received incredibly well. What’s the concept behind it and how did you compose it?

There isn’t a specific concept behind it, but it’s basically the kind of music that I’ve always wanted to make, but I had never been comfortable enough with my skills until that point. Using Sudanese elements in an otherwise modern genre, can be extremely tricky, and I can easily end up with a very boring, generic, predictable result – which is something I try to avoid at all costs. So it took a lot of time and experimentation to be more comfortable with it, I’m not there yet, but I’m ok with it at least.

The way I composed Ascension is different compared to my previous releases, because I started implementing actual instruments like Oud, which I played myself this time, rather than sampling it. I used a lot of samples as well, but only as complementary sounds.

What music did you listen to when you were growing up?

I used to listen to everything. When I was in high school, my only music source was MTV, and I listened to whatever appealed to me and sounded good, but mostly, hip-hop.

What are your main musical influences?

I don’t think I have major influences, but there are of course musicians that I believe helped to shape my sound in a way or another, even if I wasn’t aware of it. People like J Dilla for example, I think he was a huge influence when I first started. I also listen to local Sudanese musicians like Abdel Gadir Salim and Sharhabeel.

We hear very little of what really goes on musically and artistically speaking in Sudan. What’s the electronic music scene like in Khartoum?

Are you writing new music at the moment?

Yes, I’m always working on new music, currently I’m working on my first full album, as well as on a few collaborations that should come out in the near future.

On 15 and 17 October you’ll perform in Milan and Rome. Is it your first time in Italy? What do you expect? And what can people expect from your live set?

Yes, this will be my first time, and I’m really excited about it. I don’t have any expectation since it’s a new territory for me, but I’ll do my thing, and deliver a cool set, and have fun with it.