Spoek Mathambo And His Fantasma 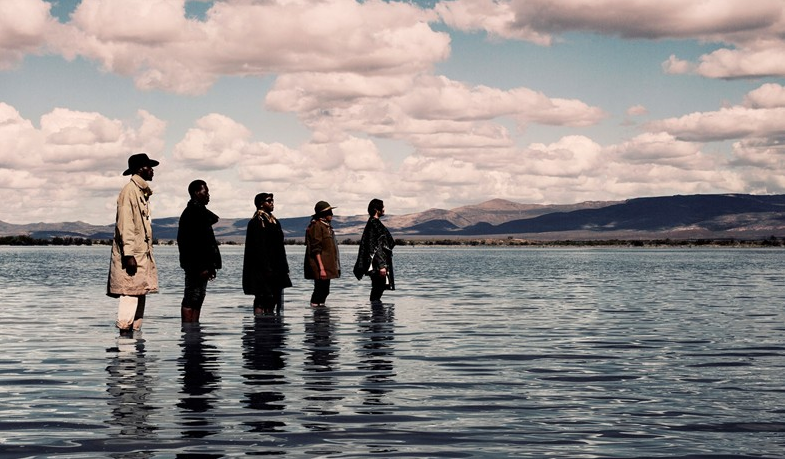 Mathambo teamed up with producer Dj Spoko, the godfather of Bacardi House (you should listen to Township Funk, by DJ Mujava), former Machinery guitarist Andre Geldenhuys, drummer Michael Buchanan, and Bhekisenzo Cele, Maskandi multi-instrumentist legend of the south coast KwaZulu-Natal music scene. Fantasma pulls inspiration from all corners of South Africa: the sounds and spirits of townships and cities as well as the rural countryside.

“Fantasma’s collective interest in everything strange and vaguely mystical is evident in the music video for “Eye of the Sun”—the psychedelic lead song off their debut EP. Traversing an acrid landscape populated by floating crystal balls, disembodied heads, and neon skies, the video unspools like the wild visions of a desert-dwelling mystic (or someone on a lot of ayahuasca). VICE thump

“Shangrila’ was a song we wrote the first day we all got together to make music,” Mathambo told FADER. “Spoko and I doubled on beatmaking duties, while Bheki and Andre went in on layering guitar and bass parts. ‘Shangrila’ originally featured Bheki singing about how all murderers are going to burn in hell…but the summer was more about love and sunshine, so that theme came in. I invited Moonchild to resing the lyrics I laid down, I’ve always loved the texture and attitude in her voice.

It is impossible not to love them. Free Love, their lastest single, is coming out March 9th via Soundway Records. You can pre-order it on Itunes.