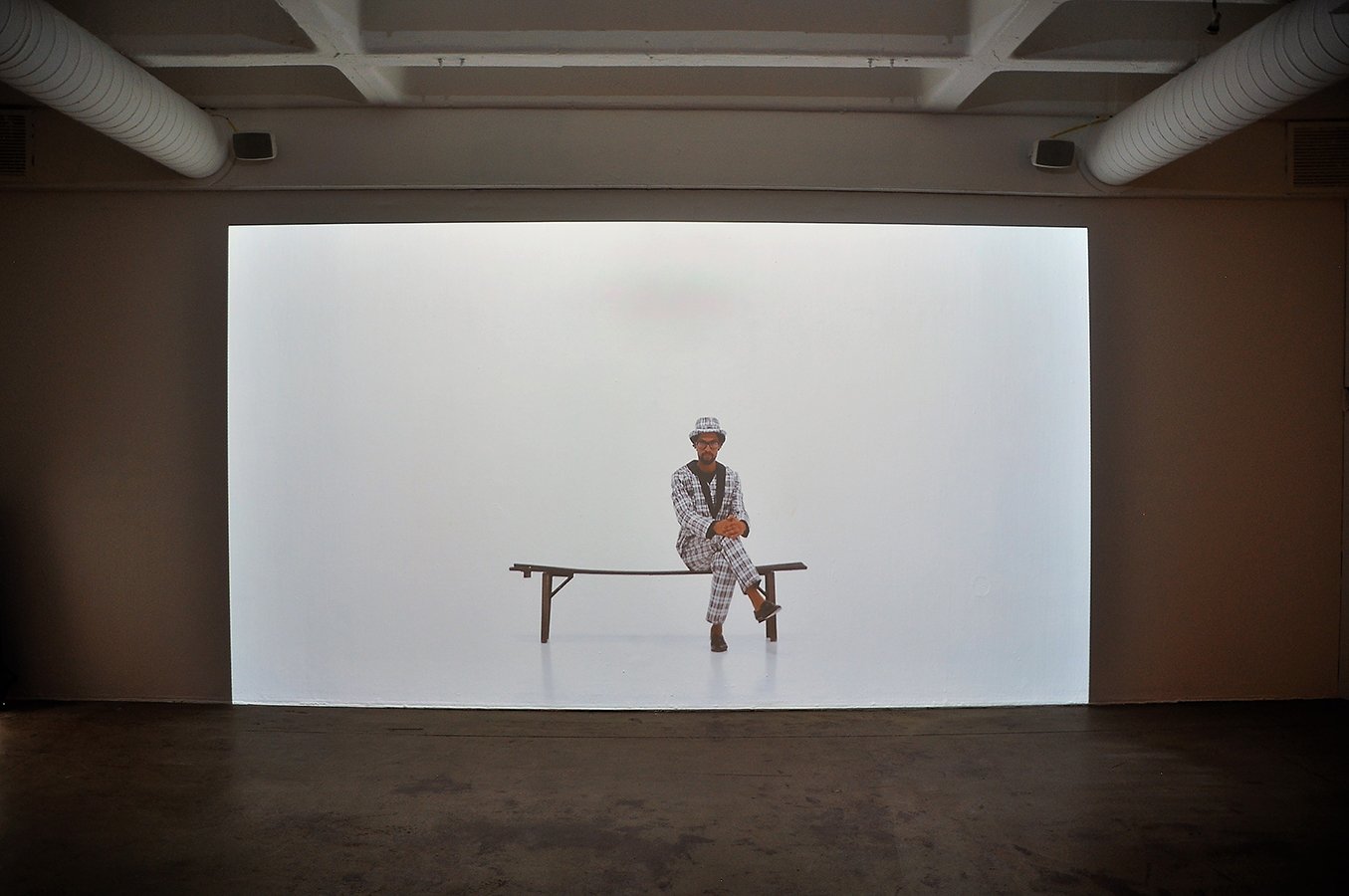 Grada Kilomba’s first solo exhibition on the African Continent at Goodman Gallery, Johannersburg, is firmly embedded within a postcolonial iteration of the following questions: Who can speak? What can we speak about? And what happens when we speak?

“Speaking the Unspeakable” coaxes one into the idea that the artist provides answers, but as it soon becomes clear that the themes the Portuguese interdisciplinary artist seeks to address are far more complicated than that, especially in South Africa, a space with a very specific set of circumstances for reflecting upon the artist’s questions. On the one hand there is freedom of speech, which was bitterly fought for and is now enshrined in a constitution hailed as the most progressive in the world. On the other hand, the first ever conviction for a racist rant in post-apartheid South Africa has only recently occurred amid heated public debate.

In many ways, Kilomba’s concept is ingenious, as she manages to subversively translate text into a multidimensional installation for this exhibition. With her background in literature and academia, a lot of the ideas, concepts and interdisciplinary praxis behind the exhibited works are derived from her own writing and her engagement with a rich body of literature that explores the postcolonial space, and the ways in which we occupy, engage and exist in these spaces.

The fact that many of the seminal texts inferred are widely known and mandatory in some contexts, does not mean that they are read and understood for what they are trying to say to a contemporary audience. This is particularly the case for a readership that contends that colonialism, an unpleasant memory and trauma, need not be spoken about, especially not in a gallery.

Kilomba does precisely this, she disrupts the proverbial white cube by bringing these words into the gallery, performing them in a multimedia installation that makes use of the poetic symbolism of various materials that one usually would not find in a gallery, including mounds of earth, salt, cocoa sugar or even coffee beans. The unspeakable is thus rearticulated in new ways that confront the viewers expectations of what should be in an art gallery, and how the memory and trauma of colonialism can be represented via intersections of art and academia for the general public.

The unspeakable is a metaphor for trauma, and is represented in many ways. The piece The Simple act of Listening stands out in this regard. The installation with a wooden chair, a stool and ten standing microphones with disconnected cables drives the message home.

The conversation between the speaking and listening is brought into sharp focus as amplification does little if there is no interest in what the speaker has to say. The heart of the installation, however, are two video installations. In the first, Illusions Vol.1, Narcissus and Echo Narcissus represents a self-indulgent narcissistic Whiteness that is in love with its own image and likeness, while Echo does not have her own voice and finds herself having to repeat what Narcissus says over and over again, remaining a shadow to Narcissus. This myth from Ovid’s Metamorphoses is reappraised by the artist to tell the story of how colonialism has affected postcolonial subjectivity and how white supremacy perpetuates itself.

The second video installation Plantation Memories is a staged reading of Grada Kilomba’s Book Plantation Memories, Episodes of Everyday Racism which exposes the violence and trauma of racism through its incisive and profound rendering. In the book, Kilomba revisits the colonial wound. It is infected, has never been properly treated and always hurts, sometimes bleeds.

The installation is uncomfortable and candid and some degree of openness is required to fully immerse oneself in its deeply subversive message. It negates art for arts sake, bringing layered and heavy meaning to the gallery and doing so in a language that is more accessible than most academic publications.

In summary, using Alfredo Jaar’s words “[…] there is nothing invisible to be made visible. Everything is visible, but there are people who prefer not to see […] Thank you for the lightning”.