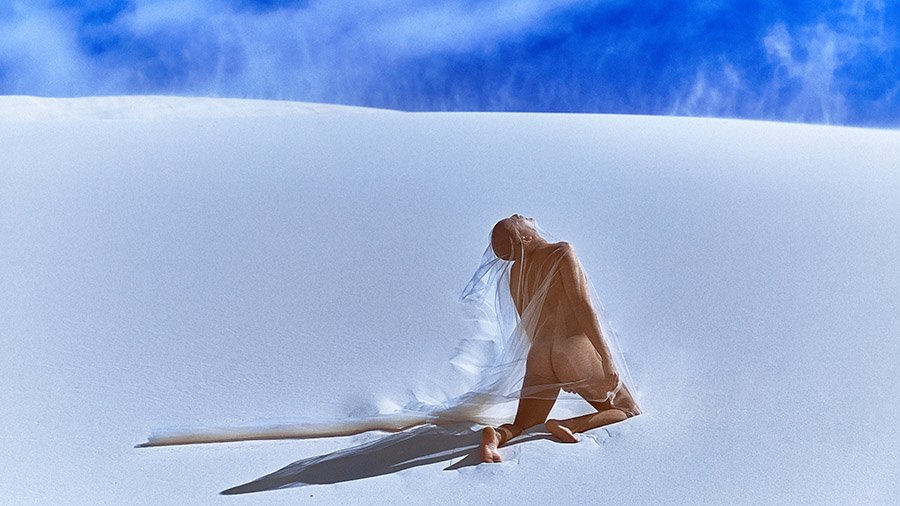 Silas Miami describes himself as a performing artist, photographer and filmmaker who has gradually embraced aspects of visual art into his work in the course of his career. A graduate of the South African School of Motion Picture Medium and Live Performance (AFDA), Miami has grown artistically from producing and directing his own music videos (yes, he is a singer/ songwriter as well) into translating complex narratives into motion picture.

In one of his recent projects, a visual monograph entitled ‘Onthou Atlantis’, the Nairobi-born, Cape-Town based allrounder headed out to a town of 70,000 residents in the Western Cape to capture a spatial-temporal narrative in images: it is the story of Atlantis, the reclamation of an ambivalent space and the ephemeral line between colonial myth and post-colonial reality. The town was a machination of the Group Areas Act, an ‘urban zoning policy’ during apartheid designed to preclude resistance and displace racialised populations to the outermost margins of the city.

GRIOT speaks to Silas Miami about his Project: Onthou Atlantis. GRIOT: How would you describe Onthou Atlantis briefly?

Silas Miami: I suppose it’s an exploration of disruption, reclamation and ownership. We are bending a lot of spatial and gender defined conventions and deliberately so. To a lesser extent I suppose it’s the fact that it is really really pretty, it looks beautiful.

What themes are you exploring in Onthou Atlantis, and how do the colours, people and backdrops translate these themes?

The whole project is inspired by the history of the space. The Coloured community during the old dispensation (apartheid) were relocated here and promised this thriving metropolis, of course this was to co-opt resistance. So we really wanted this theme of opposition to stand out, to be overarching. Putting a strong male figure in really soft fabric with colours that were inspired by the Cape Minstrel celebrations (Kaapse Klopse) that happen every year, it felt like the right direction to go. So some of my favourite photos are of him sitting with this like long fabric flowing behind him, being played off by the wind and literally no one taking notice of this oddity. In Onthou Atlantis are you (re)appraising the myth of Plato, (Platonic myth) about Atlantis Island which people have been trying to locate since ? If yes, was this intentional?

No it wasn’t, not at first, but I certainly became cognizant of the element of fictionalisation at play. This search for a space that held great power and knowledge was absolutely the same lie that the Coloured community was sold and extended to help condition their move from their homes. Plato’s recounting of….what’s his name, Critias? (my pronunciation is horrendous). His recounting of his (Critias’) description and then the subsequent reveal of its falsehood is really prescient in this regard. I can draw parallels to the myth now in hindsight, but it would be a lie for me to tell you that I had it in mind when we started the project. It became a very interesting coincidence. Where is the Onthou Atlantis shot? Where is Atlantis?

Onthou Atlantis was shot in the Atlantis dunes which are located about 30-40 minutes outside of Cape Town. It’s so difficult to describe because before you get to the actual dunes its just expansive shrubbery, almost no life. When you drive into the actual town, Atlantis itself,  its nearly decrepit, it’s this industrial town with sections around where people live. Then you navigate into the sand dunes and its like your transported into this magical space, it’s pretty incredible to watch this expanse of sand that goes on for what feels like days. So yeah, that’s where we shot it, it was truly magical. Why was Atlantis important for the Project as a geospatial location?

I think the Zeitgeist in the western cape locates itself within decolonisation discourse…disrupting spaces. The story of Atlantis becomes less about the diminutive policy spaces that led to its emergence and more about its people whose resilience and diverse means of growth allows them to develop a historical agency that went beyond the apartheid structures. I wanted to explore the dunes with the rightful owners of the space. If you look at any images of Atlantis at the moment it’s a bunch of  4×4 sand dunes and it feels the space is being reappropriated again. I wanted to go into it with the rightful owners of the space, the people who were thrown there out of convenience so that we could explore, again, that theme of ownership and reclamation. That was why it was important for us to shoot it there, it was the story about that space, with people from that space.

Get your copy of ‘Onthou Atlantis’ here.