Sasha Huber | YOU NAME IT

Artist Sasha Huber explores how colonial histories are imprinted into the landscape through naming and acts of remembrance—asking what actions it might take to repair the inherited traumas of history. Huber’s artworks presents a vision for the ways we can tenderly, and with care, refute the damage already inflicted by history. In challenging the terms by which we remember, the artist asks who and what we memorialise, and more importantly, how we do so. 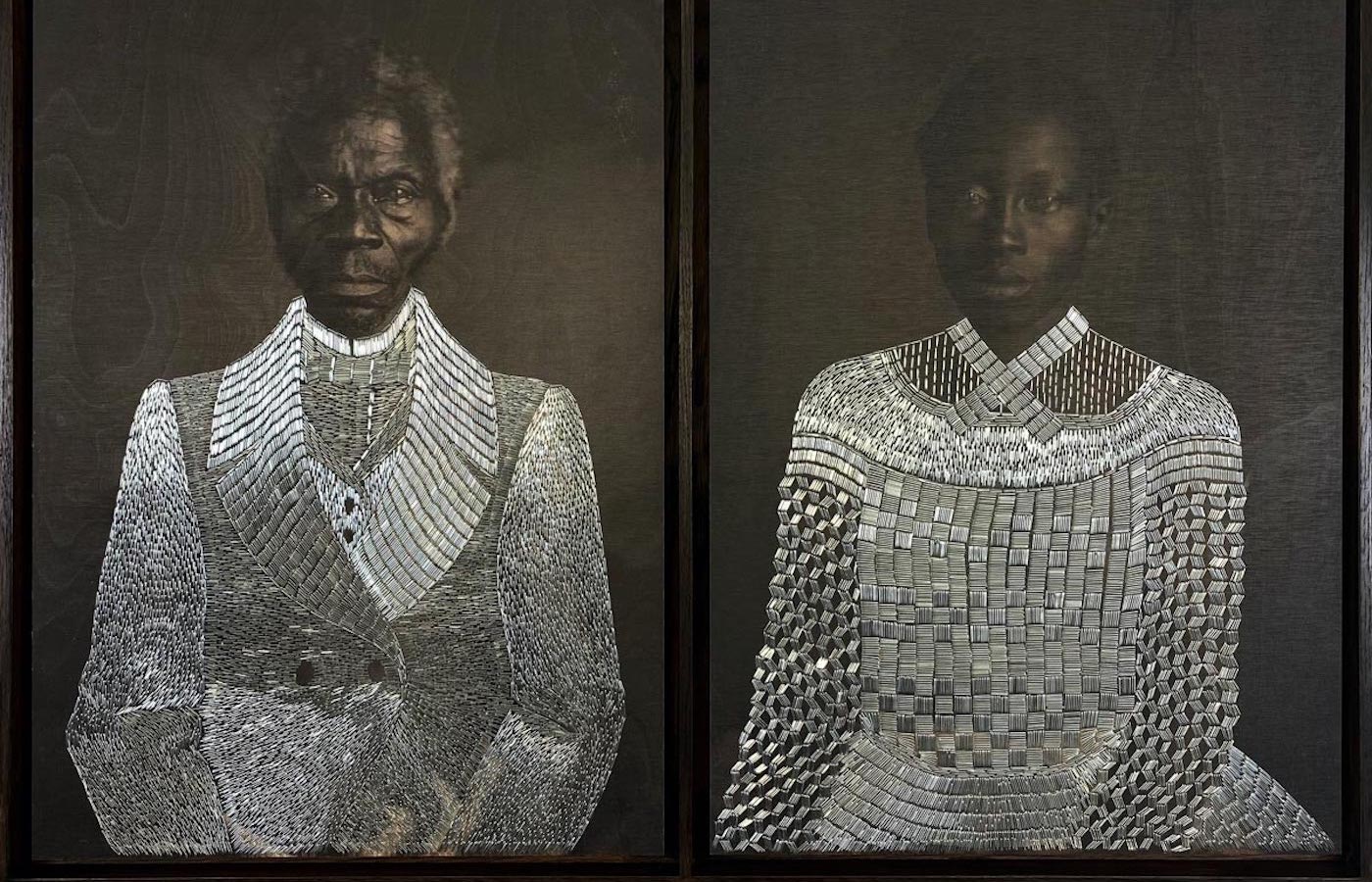 YOU NAME IT brings together over a decade of Huber’s work, prompted by the campaign Demounting Louis Agassiz. Initiated in 2007 by Swiss historian and activist Hans Fässler, the campaign seeks to redress the legacy of the Swiss-born glaciologist and racist Louis Agassiz (1807–1873). His scientific contributions to the fields of glaciology, palaeontology and geology resulted in over 80 landmarks bearing his name on Earth, the Moon, and Mars. Less well known, however, was Agassiz’s legacy of scientific racism, and how he used his position to actively promote the subjugation, exploitation, and segregation of Black people and other people of colour. He commissioned J.T. Zealy (1812-1893) to photograph enslaved people on the Edgehill plantation in South Carolina in March of 1850, using the technology of photography to further his eugenics campaign.

At the heart of this exhibition, curated by Renée Mussai, Mark Sealy and Bindi Vora, is Tailoring Freedom, including portraits of Renty and Delia Taylor, an enslaved Congolese father and daughter whose portraits were forcibly taken by Zealy and used by Agassiz. Huber reproduced Zealy’s daguerreotypes onto wood and used her signature staple gun method to dress Renty in a suit inspired by Frederick Douglass (1818–1895), and Delia in a clothing inspired by Harriet Tubman (1849–1913), honouring the contributions of both abolitionists. These works are shown alongside Huber’s video, photography, performance and research unearthing Agissiz’s racist legacy, and efforts to remove his name from a mountain in the Swiss Alps and replace it with Renty’s – one of the goals of the Demounting Louis Agassiz campaign.

Huber’s desire to use art to heal colonial and historic traumas can be seen throughout the exhibition. The artist uses a staple gun to symbolically stitch wounds together, creating visually arresting portraits. This technique can be seen in The Firsts – Tilo Frey, commemorating the Swiss-Cameroonian politician who campaigned for women’s rights and suffrage in Switzerland; and in Khadija Saye: You Are Missed, honouring the late artist, activist and carer who died alongside her mother in the Grenfell Tower fire in 2017.

Presented in the gallery window is Space Race, Huber’s 3d animation reflecting how racist histories have influenced cosmic colonisation. She asks us to consider what’s in a name and what do we evoke on earth – and beyond – with these names?

Sasha Huber is a Helsinki–based, multidisciplinary visual artist–researcher of Swiss–Haitian heritage. Sensitive to the subtle threads connecting history and the present, she uses and responds to archival material within a layered creative practice that encompasses performance–based interventions, video, photography, and collaborations.

Huber frequently reclaims – aware of its symbolic significance – the compressed–air staple gun as an artistic ‘weapon’, tapping into its potential to renegotiate unequal power dynamics. She is known for her artistic research contribution to the Demounting Louis Agassiz campaign which aims to dismantle the glaciologist’s lesser–known but contentious racist heritage. Huber also often works in a creative partnership with artist Petri Saarikko with whom she initiated the long–termproject Remedies Universe. She holds an MA in visual culture from the Aalto University and is presently undertaking a practice–based PhD at Zurich University of the Arts.

Huber has had numerous solo presentations, artist residencies and participated in international exhibitions and festivals, including the 56th Venice Biennial in 2015. In 2021Huber’s solo exhibition tour YOU NAME IT began at Kunstinstituut Melly in Rotterdam and continues to The Power Plant Contemporary Art Gallery in Toronto; Autograph in London in 2022/23; and Turku Art Museum in Finland in 2023. In 2018 Huber was the recipient of the State Art Award in the category visual arts given by the Arts Promotion Center Finland.