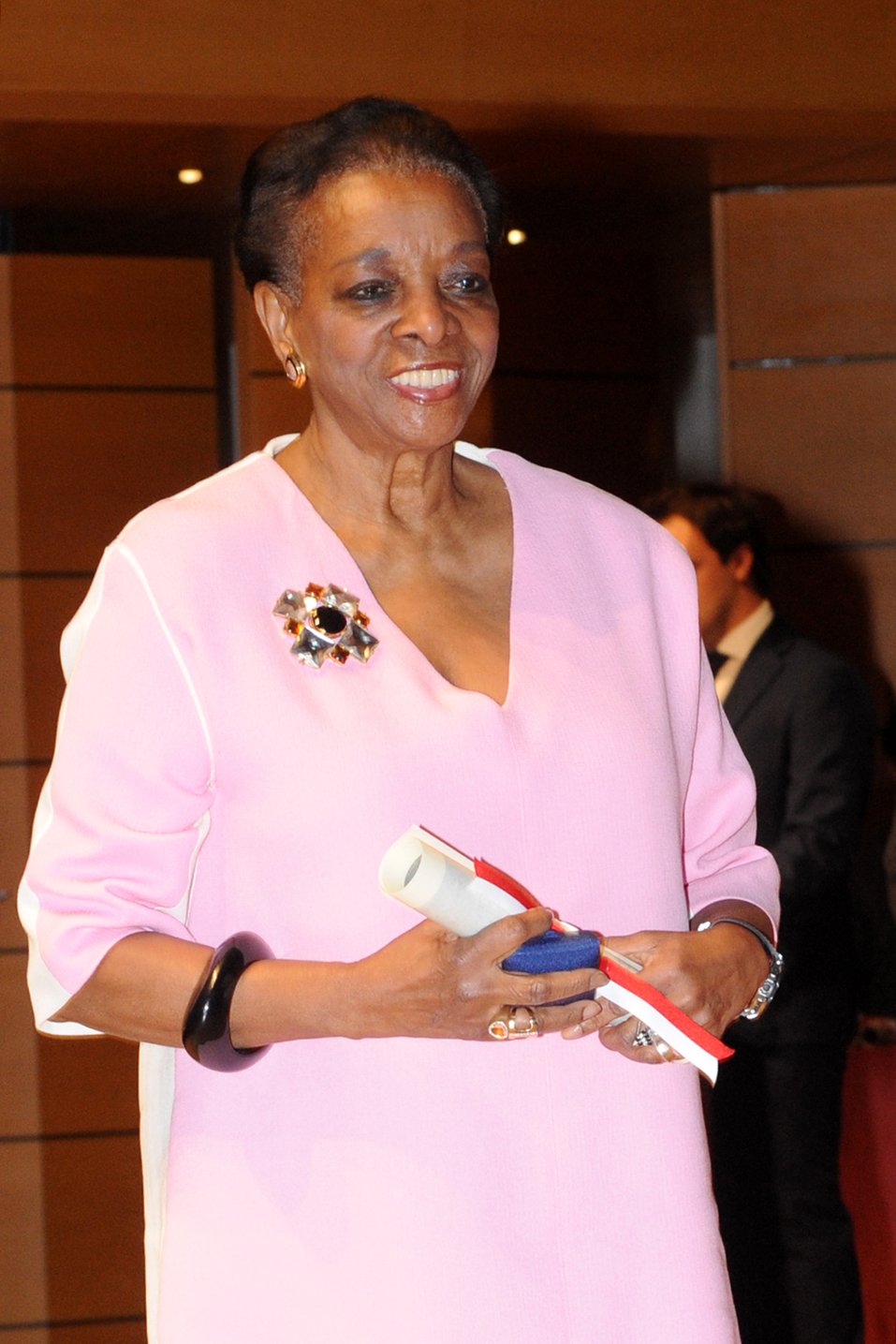 How many chances are there to coincidentally read an interesting article about an icon of Italian and international design you did not know about, save it to delve into her story in a second moment, then go to an exhibition preview you had been invited to and, still by chance, bump into the person in question? One.

A few weeks ago I came face to face with La Mamma of design Marva Griffin Wilshire, thanks to her familiar face— which I spotted straight away—and to the little space available in the rooms of Palazzo Litta Cultura, which had been literally taken by storm by contemporary art enthusiasts and collectors flocked to admire the show Africa Africa: Exploring the Now of African Design and Photography.

If you are not familiar with Griffin Wilshire you should know that she is a real institution: Milanese by adoption and of Venezuelan origins, she is a non-stop traveler. She arrived in Italy in the late 70s and she began her studies at the University for Foreigners of Perugia. In the 70s she moved her first steps into the design world working directly for Piero Busnelli, owner of C&B (today B&B Italia).

Reading and listening to her story told by her in person, a story of an elegant and polished woman who arrived in Italy from Venezuela, where she studied Interior Decorating, and with a lot of perseverance and passion managed to carve out a successful career, was very inspiring. “When I arrived in Italy there weren’t so many black people, and immigration was not as widespread as it is now. With all the people coming from Africa at the moment, I can see how some are treated nicely and some are not. But I came in different circumstances: I had an education and soon after, I had my first job at C&B Italia. I’m aware that if I hadn’t had those advantages, maybe it would have been harder for me.”

Marva Griffin Wilshire is in fact the mind and the heart behind the SaloneSatellite, the world’s leading event for selected talented young designers from all over the world that she created and has curated since 1998, running concurrently with the Salone del Mobile.

During the event, designers are offered an opportunity to showcase their creativity and works to an audience of key players in the industry, hardly reachable otherwise (Oki Sato, from Nendo studio, Patrick Jouin, and Lorenzo Damiani, are among the designers who took part in the event). In short, a respectable entrance in the design market.

“It takes a bit of luck to be selected, of course, but you must have made good studies, have the gift of creativity, know how to work seriously, and be very patient if you want to go a long way. Everything does not happen tomorrow, there are long waiting times.”

In addition to SaloneSatellite, Marva Griffin Wilshire is the director of the International press of Salone del Mobile, she is a member of the design and architecture committee for the Museum of Modern Art in New York – MOMA – and in 2016 she was appointed Ambassador of Italian Design.

A cosmopolitan vision and soul are the features that distinguish the national Marva, whose contribution in making Milan the capital of international design – she is also behind the landing of SaloneSatellite in China and Russia- was recognized last December by mayor Giuseppe Sala, who awarded her with one of the most prestigious prizes in the city, the Ambrogino D’Oro. “I was very pleased to receive it. I’m not from Milan, but it’s like I am since I’ve lived here for more than 40 years. I felt a great emotion when I received it.”

A bond and a love for the city she didn’t hesitate to express during our conversation, especially when I ask her to tell me the strengths and weaknesses of her adoptive city: “I chose to stay in Milan because I live well here. It’s a city that welcomes you, if you respect it and work seriously. It’s a city that gives you a lot. This is what happened to me. I always take what interests me, I live and appreciate it for everything it offers to me. And since I arrived, Milan has more than improved. I hope it will continue like that.”

While we wait to enter one of the rooms where the artworks of the exhibition are showcased, we start to talk about the various international events that in recent times have shed a light on contemporary art and design by artists of African descent, and she herself points out how the SaloneSatellite will do its part this year as well: “Every year SaloneSatellite has a theme and this year the theme we assigned to the selected designers is ‘Africa / Latin America: Rising Design’.

Last year, in June, I attended a very important meeting in Rabat that inspired me a lot: the Africa Design Award & Days. Actually, in the last three years, not just this event but a series of events inspired me. Think about Making Africa, by Vitra Museum, or Art Afrique, at the Louis Vuitton Foundation in Paris [on that occasion we interviewed Lilian Thuram] , or The White Hunter, at the Frigoriferi Milanesi, in Milan [add to the list I Is An Other, Be The Other, a beautiful group show curated by Simon Njami inaugurated two weeks ago at the Galleria Nazionale di Arte Moderna e Contemporanea in Rome], to see how important it was to us at SaloneSatellite to give our contribution, putting the spotlight firmly on the Southern Hemisphere: Africa and Latin America are two huge melting pots of creativity and design,” she tells me.

“There will be a video exhibition involving 18 African designers and 18 Latin American designers. The Latin American part will be curated by brothers Humberto and Fernando Campana, designers who have been active for some time in the social rehabilitation of marginalised people, and the African part will be curated by the Franco-Moroccan designer Hicham Lahlou, founder of the Africa Design Award & Days, committed to promoting up-and-coming generations of African creatives. The theme has inspired a journey that will change our perception and understanding of design, to which an exhibition on the wealth of design in both continents is testament.”

The aim of Griffin Wilshire and SaloneSatellite is clear: to showcase design of vernacular derivation together with what is on offer today, or could soon be available, for dealing with social and environmental emergencies and fostering an informed way of life for the future.

The 650 young SaloneSatellite protagonists from all over the world, in turn, will showcase works that explore the relationship between heritage and contemporary scene, with projects poised between new technologies and craftsmanship. An exploration of experimentation, memory, slow design, nature and the force of matter, anthropomorphism, creative recycling, cross- contamination and digital effects, with the power to amaze and trigger reflection.

Like every year, Salone del Mobile.Milano, beside being the furniture sector’s premier showcase for quality, innovation and creativity in the world, will offer a wide range of events, especially the event created as an homage to the Milan’s citizens and visitors, the beautiful installation ‘Living Nature’, curated by Arch. Carlo Ratti—at Piazza di Palazzo Reale, next to Duomo—from April 17th to April 25th, 2018. Be sure not to miss Marva Griffin Wilshire’s SaloneSatellite.