In Conversation With Anchorsong, A Modern Traditionalist 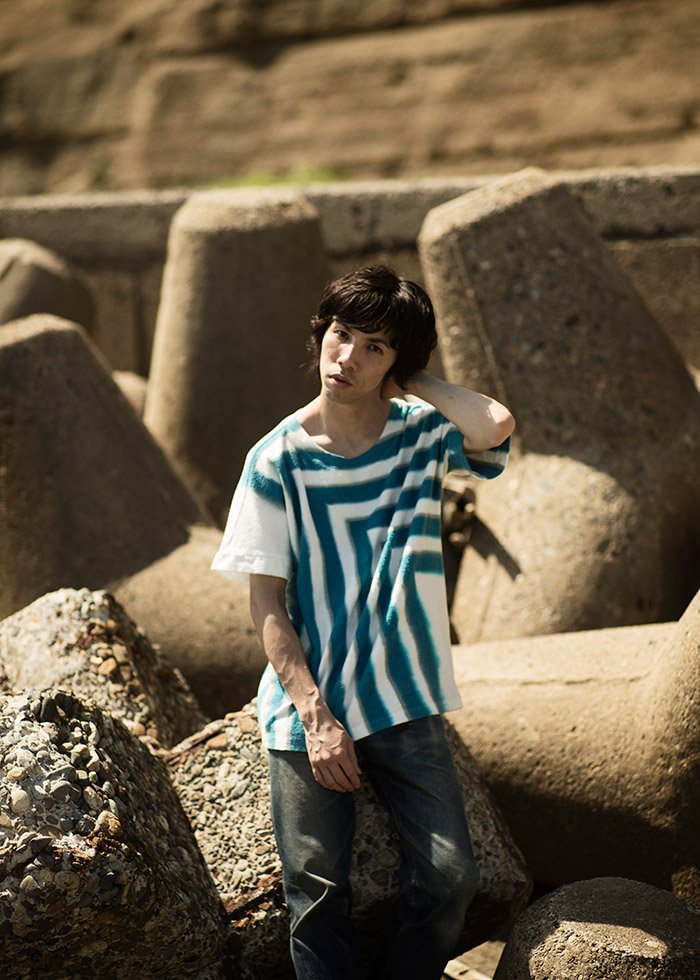 An elegant and sophisticated music style combining melodies and percussive structures, and impressive live performances created with a MPC and a keyboard have made Maasaki Yoshida, AKA Anchorsong, an internationally acclaimed artist.

Born and raised in Japan, Anchorsong has lived in London since 2007 and became known in Europe in 2011 thanks to his works Chapters [Tru Thoughts Recordings] and The Lost and Found EP, released on his label Case Study.

His live performances almost feel like magic shows, as in seconds he manages to create engaging and dynamic electronic jazz worlds that mix modern elements, vintage sounds, and traditional percussions.

Anchorsong defines himself as a modern traditionalist. So, it is no coincidence that he’ll be headlining Rooty’s grand finale, the festival investigating electronic music rooted in tradition. We interviewed him for the occasion.

GRIOT: Your music crosses the broad spectrum of electronic genres and sounds. Given the fact that Japanese music and culture are profoundly different from the Western customs we’re all used to, I’m very curious to find out how your artistic experience began, what were your musical influences, what obstacles you encountered along the way and how you overcame them.

Anchorsong: I grew up with Pop and Rock, and joined a band as a guitarist when I was 18. We never performed live or made any record, just getting together and making music was thrilling enough for me. Our music was very eclectic, some of songs sounded like human powered breakbeats, others were more like Krautrock.

I really cherished the band, so it was quite heartbreaking for me when we had to split up. I almost quit music cause I had never thought of going solo, but somehow I just couldn’t give up. Forcing myself to start a career as a solo act remains the biggest challenge to date for me. You’ve lived in Europe for a long time but you spent two years in Japan for the production of your EP, Mawa. Why did you do it? In what way your native cultural environment inspired you more during the production of this Ep?

I wanted to separate myself from what was happening in the London scene. Although I never felt I was part of it, it’s inevitable being influenced by it more or less. I was trying to discover my style, and Japan seemed to be a better place cause I could be a lot more neutral there.

In your second release for Tru Thoughts, you seem to explore even further the fusion of modern and traditional music. So, how has your style developed over the years and why did you decide to follow this more rhythmical, percussive path in your latest projects?

I like the idea of giving myself some restrictions to focus, and having to perform my music with a MPC is one of them. I play it pretty much like a percussion, so writing a rhythmic and percussive piece is a natural selection for me.

There was a moment when I realised I had a good sense of rhythm, I was around 8 or 9. I was playing the recorder in a school band, but one day I had to play the snare drum because the usual guy was absent. It turned out I was much better player than him even though I had zero experience.

The cover pictures of your records Mawa and Cerimonial simply speak out, recalling pure rhythm. Why did you choose them and what do they mean?

All of my favorite records have amazing covers, and they always speak indeed. I simply want to do the same, so I always try my best to find an image which represents the music. The pictures on both records capture well the dynamic feel of the tracks. Other than being a producer and an incredible live performer, you also have your own record label, Case Study. Tell us about it.

Basically it is a platform just to release my own music. It’s been a bit inactive since I’m focused on a career as Anchorsong at the moment, but I might start releasing something very different all of a sudden. Watch this space.

Your artistic journey so far has been incredibly rich and satisfying. What’s next?

I’m exploring various percussion instruments from all over the world. It’s an endless journey and gives me infinite inspiration. I’m especially fascinated by Indian percussions like Tabla and Dholak at the moment, so new music will reflect it more or less.

All images | Courtesy of Anchorsong