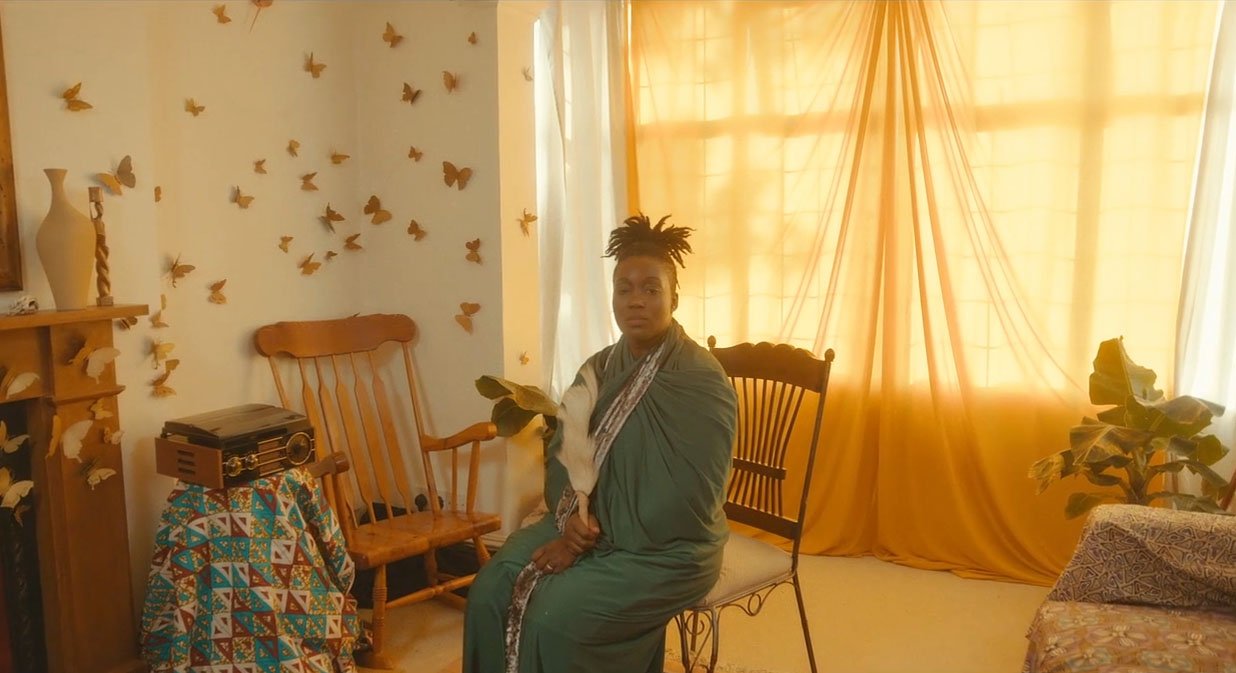 Born from a carefully crafted blend of poetry, music and visual art, Roots for a Crown is the short film exploring negative perceptions and prejudice surrounding deadlocks in a whole new, refreshing, visually striking way.

Written by Sierra Leonean via London poet Julianknxx, and co-directed alongside British filmmaker Chris West, in Roots for a Crown several storytellers talk about their experience with wearing locked hair, examine the symbolism, the history and the cultural identity they carry with them together with the hairstyle. “What black people have been able to do is to mark their body aesthetically as a reference to the histories that we’ve lived, carry them with us all the time. And the joy of it is when those things, both pleasure, desire and becoming come together. I locate carrying locks as part of their trajectory,” states one of the storytellers.

Whether it was a statement, the symbol of a social status or an act of rebelliousness, black men and women have locked their hair for centuries, so that in black communities “hair has become an aesthetic marker of ancestral identity.”

Shared via Nowness, in this stunning docufilm Julianknxx channels the ethos of the ideas of community, shared lineage and pride. Roots for a Crown, which was originally commissioned by performing arts space in London, the Roundhouse, is a glimpse into the poet’s life as well as into themes that are especially dear to him, such as masculinity, blackness and mental health.

Watch the short film below.

Cover image | Still video from Roots for a Crown