ReSignifications | The Moors Conquest Of Florence 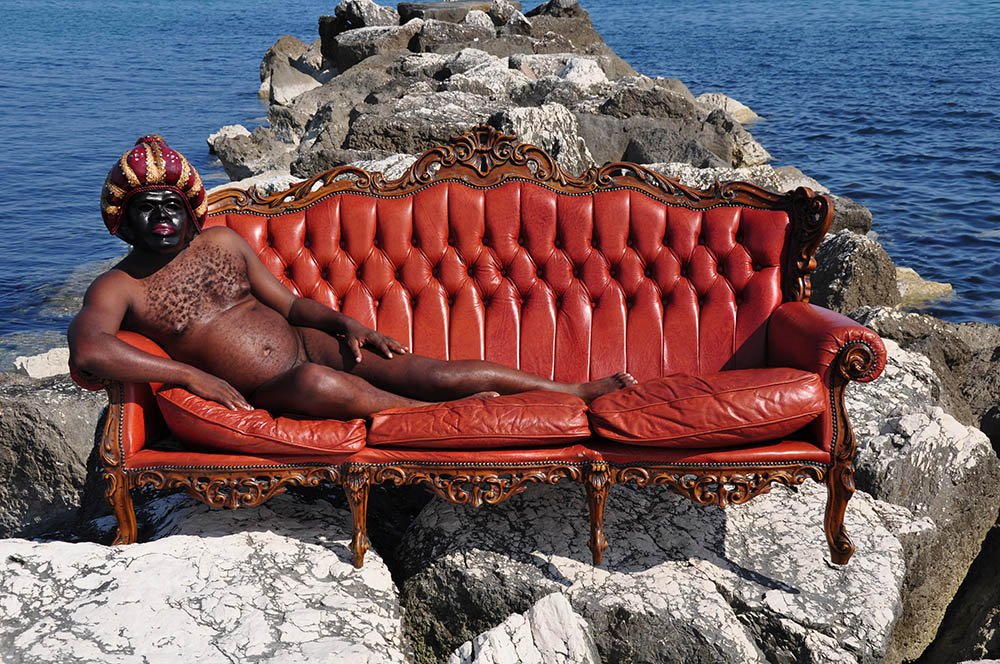 There’s a 13th century Celtic Arthurian tale which tells the story of Morien, son of Sir Aglovale, one of King Arthur’s Knights of the Round Table.

While searching for Lancelot, Aglovale travelled through the Moorish lands – Africa – and fell in love with a beautiful Moorish princess. They pledged to wed, but Algovale was determined to continue his quest to find Lancelot. Aglovale left the country, returning to his own land, and leaving the princess pregnant with his son Morien. Thirteen years later, while searching for the Holy Grail, Arthur’s knights encounter a grown Morien.

“On the ninth day there came riding towards them a knight on a goodly steed, and well armed withal. He was all black, even as I tell ye: his head, his body, and his hands were all black, saving only his teeth. His shield and his armour were even those of a Moor, and black as a raven….[he] bared his head, which was black as pitch; that was the fashion of his land–Moors are black as burnt brands”. The author of the romance, as if making a point to medieval readers, goes on: “But in all that men would praise in a knight was he fair, after his kind. Though he were black, what was he the worse?”

Morien the Knight. Morien the Valorous. We don’t know if the artists and sculptors who realized the 35 works within Villa la Pietra’s own art collection, including paintings and sculptures of black figures depicted in various states of service and decoration – known as the Blakamoors – had read this tale.

What we are sure about is that on the occasion of ReSignifications, the anonymous author of this novel would have been invited by the New York University in Florence to give a lecture on how to represent the Blackamoors in a different light.

ReSginification is a multi-media art exhibition that since 2012 invites artists from Africa, Europe and the United States engaged in residencies at NYU Florence to create art in response to the Blackamoors, juxtaposing a selection of three-dimensional objects, figurines, and sculptures with reinterpretations and counter narratives from a spectrum of contemporary artistic perspectives.

Opened on May 29, ReSignification is curated by Nigerian playwright, director, filmmaker, scholar and New York University Professor of Drama and Africana studies Awam Amkpa. In tandem with the exhibition, Villa La Pietra hosted a three-day conference about black imagery, Black Portraiture[s] II, which was established by Henry Louis Gates, Alphonse Fletcher University Professor at Harvard University and Manthia Diawara, filmmaker and director of the Institute of Afro-American Affairs at NYU.

Both initiatives provide a rich opportunity to deconstruct, compare, and contextualize the myriad portrayals of the black body in Western societies from multidisciplinary angles.

“ReSignifications andBlack Portraiture{s}are a perfect illustration of what’s possible at a truly global university. We were able to derive inspiration from items of cultural significance outside the United States, and then use them as a catalyst for the generation of meaningful art, scholarship, and debate that are legitimately global,” said Amkpa.

“The subject matter couldn’t be more urgent given the challenges the world faces in terms of the imagery of race and social justice, from African immigration along the Italian coast to the acts of civil unrest in Ferguson and Baltimore. It’s our role as a global university not to shy away from these issues, but to use everything in our arsenal to face them head on”.

“NYU’s campus at Villa La Pietra is the ideal backdrop for international discourse on imagining the black body, in part because of the Blackamoors, but also because African diaspora is very much at the forefront of debate here in Italy and across Europe,” said Ellyn Toscano, Executive Director of NYU Florence, co-organizer of Black Portraiture[s] II, and Executive Producer of ReSignifications.

The exhibition, running through August 29, 2015, draws a remarkable collection of artists from around the world, including Carrie Mae Weems, Fred Wilson, Mickaline Thomas, Zanele Muholi, Omar Viktor Diop, Peju Alatise, and Mary Sibande, among many others.