Reframing History is the title chosen by Vogue Italia for the Open Call of the next edition of the Photo Vogue Festival, aiming to explore the projects that have reclaimed an alternative, different way of telling a tale. A 5,000€ grant will be offered to one photographer and one video maker to further their artistic endeavours and growth. 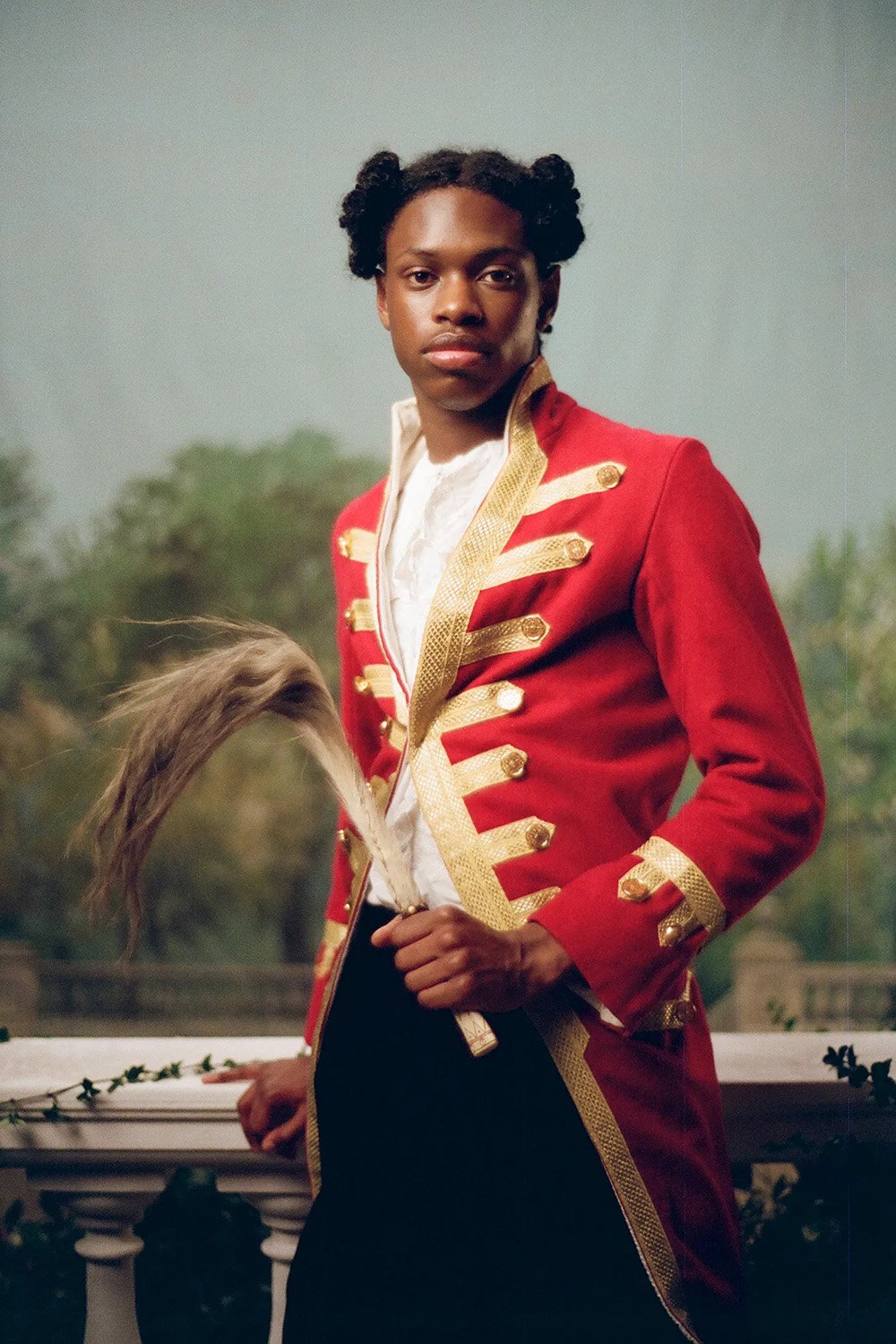 Akinola Davies Jr., from the BBC series Black to Life, via Vogue

Who is telling the story? This seemingly obvious question has been the basis and the foundation of all the work done with the Photo Vogue Festival. For its 6th edition, titled REFRAMING HISTORY, Vogue wants to explore the projects that have reclaimed an alternative, different way of telling a tale.

It could be, for example, a project that reframes omitted, forgotten and overlooked historical events or figures, like Akinola Davies Jr.’s BBC video series Black To Life, a project that unearths forgotten stories of black British figure for the digital generation and perfectly symbolizes this year’s festival – or even an alt-history, like the one in Bridgerton.

It could be a work that reclaims an aesthetic, an idea of beauty that has been diminished, stereotyped or exoticised: from projects that celebrates, for example, the Italian Southern aesthetic, to works dedicated to communities, minorities, body types usually marginalized by mainstream culture, such as stories with people with disabilities portrayed outside cliches.

It could be a project whose aim is to dismantle discriminations and social prejudices – be it racism, ableism, transphobia or homophobia, or one about a personal, private story, like retelling the story of your family, your community, your identity.

It could even be a work that tells a well known fictional story from a new point of view, a different twist on renowned tales such as The Little Mermaid or Alice in Wonderland, or on myths, novels, characters and paintings, like Botticelli’s Venus, or the Girl with a Pearl Earring; it could be a work highlighting less known fictional tales that didn’t get enough attention but deserve to be told and shared. The important thing is the authors challenging the mainstream narrative, providing a new, alternative point of view, reclaiming their space and the power of representation.

Helping in achieving what Chinua Achebe called “a balance of stories” or what Beyoncé defined as “a mosaic of perspectives” is one of the founding missions of Photo Vogue, Vogue’s global photographic platform that this year celebrates its 10th anniversary. Human beings are storytelling animals: the stories we tell are not just a way of representing the world, they become the very world we inhabit. There’s a great African proverb that Achebe often quotes, that says “until the lions have their own historians, the history of the hunt will always glorify the hunter.” For this edition the festival is looking for the lions’ stories.

The scouting project is open to every photographic genre, from fashion to photojournalism, art and so on. This year, the Open Call will run on Photo Vogue, Picter and Instagram until June 25 and, as always, it will be completely free of charge.

With regard to Photo Vogue, we will follow the usual process of assessing the related images and projects you’ll upload while, on Instagram, all you have to do is use the hashtag #VIreframinghistory.

For Picter every author will be able to submit maximum 10 images from one project and up to 3 videos that tackle the theme “Reframing History”.

November will see the opening of the sixth edition of Photo Vogue Festival. The photographers for the exhibition will be selected by an internationally jury consisting of experts from across the world, with different backgrounds and vision so as to try to provide the most inclusive and multifaceted perspective. Among the jurors of this year’s edition we find our Founder and Artistic Director,  Johanne Affricot, Akinola Davies Junior (award-winning Filmmaker, Visual Artist, and Music Curator), Alessia Glaviano (Vogue Italia Brand Visual Director and Artistic Director of Photo Vogue Festival), Alfredo De Stefano Farías (Conceptual Photographer), Alona Pardo (Curator at Barbican Art Gallery), Azu Nwagbogu (Founder and Director of the African Artists’ Foundation), Christine Eyene  (Art Historian, Critic and Curator, and Research Fellow in Contemporary Art at the University of Central Lancashire), Edward Enninful (Editor-in-Chief of British Vogue and European Editorial Director of Vogue), Elisa Medde (Editor in Chief of Foam Magazine), Gwen Lee (co-founder of Singapore International Photography Festival ), He Yining (Independent Curator and Writer of photography and visual art), Ibrahim Kamara (Editor in Chief of Dazed), Rahaab Allana (Curator/Publisher, Alkazi Foundation for the Arts in New Delhi ) Shannon Ghannam (Global Education Director at Magnum Photos).

GRANT – A 5,000 CASH GRANT TO SUPPORT ARTISTIC ENDEAVOURS AND GROWTH

For the sixth edition of Photo Vogue Festival, Vogue Italia has launched the Reframing History scouting initiative aimed at young emerging talents specialized in photography and video inviting those who wish to participate to submit a photography or an audio-visual project that makes use of alternative methods to tell a story.

The two participants – a photographer and a video maker – deemed by our international jury panel to have submitted the two most significant and interesting projects will receive a 5,000€ cash grant each, offered and paid by Studio RM, that can be used by the photographer and by the video maker to further their artistic endeavours and growth, which includes embarking on new photography and audio-visual projects.