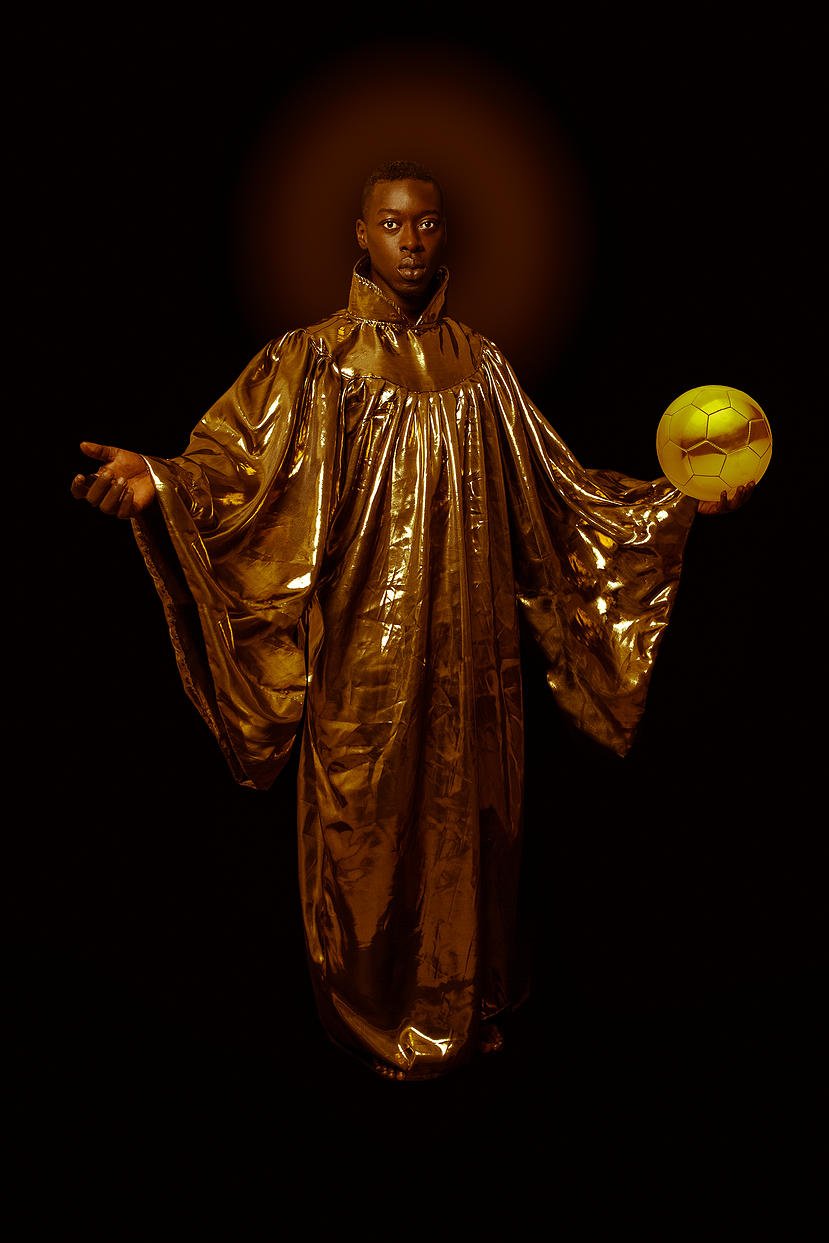 Identity and discovery–at both the collective and personal levels–are themes in the forefront of Omar Victor Diop’s Project Diaspora. A journey through time, the photographic series delves into and exposes less spoken narratives of the role of Africans out of Africa, between the fifteenth and nineteenth centuries.

This is the case of Mmadi Makes, known as Angelo Soliman, a man who came to hold one of the most important position of the time: royal tutor of the heir to the Prince, Aloysi I. He made a significant contribution to Masonic lodge Zur Wahren Eintracht – a lodge to which Mozart and Joseph Haydn belonged -, as Venereabile Maestro. It was in this role that he initiated one of the biggest changes in the ritual of the Lodge, one that has reverberated down through the ages. For this reason he is still celebrated in Massonic rites as “Father of Pure Masonic Thought”, with his name usually transliterated as “Angelus Solimanus”.

Despite his distinguished career in the enlightened circles of the capital, Soliman was posthumously displayed in a museum as a half-naked ‘savage’, adorned with ostrich feathers and shells. This mummy was on display until 1806 alongside stuffed animals, transformed from a reputable member of intellectual Viennese society into an exotic specimen.

Using portraits of notable Africans in European history as his inspiration, Diop pits their life-journeys and legacies with those of his own, and further defining his intrigue of the singular destinies of travellers and those in alien environments.

Choosing, for the first time, to use himself as object in his artwork, he has delved into the realities of being both narrator and character, forcing him to face his insecurities head on, and uses references to sport, football in particular, to show the duality of living a life of glory and recognition, while facing the challenges of being “other”. Paradoxes he finds are shared between modern day footballers in Europe and the men of the original portraits depicted in his self-portraits.

With plans to widen Project Diaspora’s scope to Asia, the Americas and Middle East, Diop hopes his project lends to the current debates, accusations and impacts of migration and immigration, and reshapes thoughts on the histories of Africans discovering the world.

Feaured Image | ST Benedict of Palermo (1526 – 1589)
Benedict the Moor was an Italian Franciscan friar in Sicily who is venerated as a saint in the Catholic and Lutheran churches. Born of African slaves, he was freed at birth and became known for his charity. Benedict was beatified by Pope Benedict XIV in 1743 and canonized in 1807 by Pope Pius VII. Benedict is remembered for his patience and understanding when confronted with racial prejudice and taunts.
Original sculpture attributed to José Montes de Oca