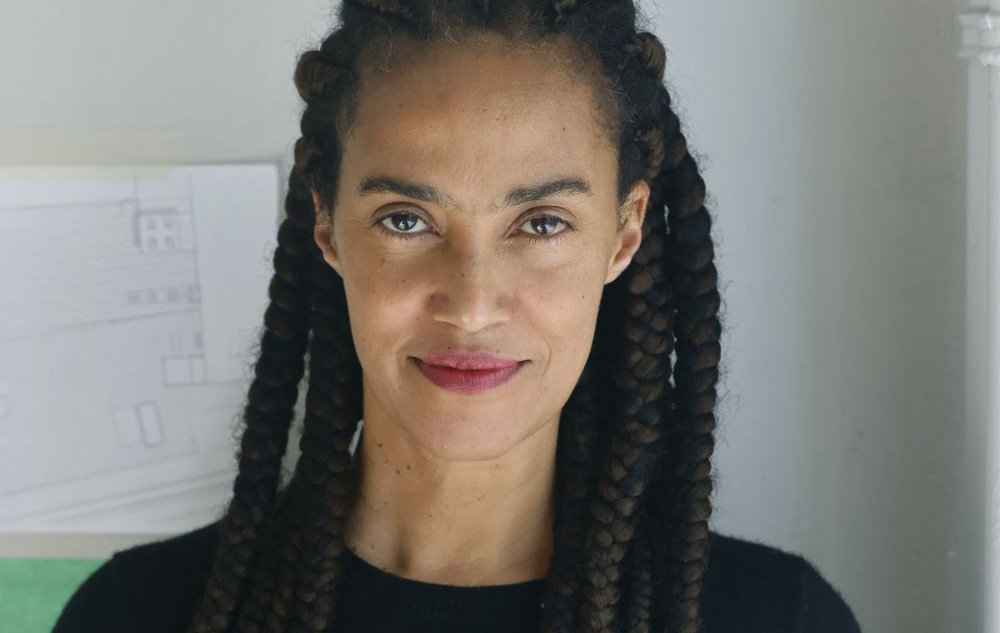 GRIOTmag has always been about creating, holding and yielding space to creators and makers to occupy. As a publication, this is evident by a rich archive of interviews, and live events where artists, musicians, writers, designers and stylists have converged to share their stories with others and with the world. It has always been GRIOT’s goal to extend this ethos to physical space as while also working in the digital space. SPAZIO GRIOT, a nomadic space that platforms multidisciplinary experimentation, exploration and discussion, was initiated for this reason: to highlight the importance of spacemaking in our work.

Grada Kilomba’s work interrogates contemporary subjectivities. Her initial engagement with a rich body of psychoanalitic literature led to a consistent engagement with the ways in which spaces are occupied, made and reproduced  across time via an artistic practice anchored in performance and storytelling. Born in Lisbon, Portugal, in 1968, she is known for the subversive and unconventional use of artistic practices, with which she tackles racism and various forms of decolonization of knowledge, focusing on elements such as memory, trauma, and gender. In her works, she embodies her own texts, bringing them to life in installations and performances.

Plantation Memories. Episodes of Everyday Racism (Memorie della Piantagione. Episodi di Razzismo Quotidiano, Capovolte Edizioni, 2021 – trnsalated in italian by scholars and activists Marie Moïse e Mackda Ghebremariam Tesfaù) was Kilomba’s earliest foray into the traumatic dimensions of racism. The book sat at the intersections of biography, creative non/fiction, and academic reference. First published in Germany by the independent publishing house Unrast Verlag in 2008, the book has lost none of its relevance, and is still a formidable indictment of how little European societies have engaged with their colonial past, particularly the traumas and wounds it caused. In the book and subsequent artistic work based on it, Kilomba bridges the seemingly wide gap between “the plantation” and “memory”, laying out why racism is a traumatic reality that repeatedly repositions the Black person in a colonial scene where, “all of a sudden, the past coincides with the present and the present is experienced as if we were still in that harrowing past.”

Revisiting the facemask used to prevent enslaved people from consuming sugar cane on the plantation as a symbol of silencing and colonial control, Kilomba addresses the “Otherness” of Black people, asking who has the right and the possibility to speak, to produce knowledge, or to have one’s knowledge recognized. She focuses on the need to define the intersection of race and gender, which white feminism has struggled with for decades. At the heart of the volume are episodes of everyday racism collected through interviews with two women of African descent living in Germany and the focus on the various dimensions and contexts in which racism manifests itself: from the layers of meaning attached to Afro-hair to spatial segregation, the use of racial slurs, and the objectification of the Black body.

Grada Kilomba has been an internationally recognized author since then. As an artist, she has exhibited globally in some of the most important museums. On 3 September 2021 she inaugurated O Barco | The Boat, an installation that extends in front of the Tagus River for 32 meters, forming— through the use of 140 wooden blocks engraved with a poem translated into different African languages—the shape of the bottom of a ship.

The project was co-produced by BoCa, the Biennale of Contemporary Art, and Maat, the Museum of Art, Architecture and Technology of the Portuguese capital. This is just one of many works that meticulously reconstruct a space that was created to transport millions of African people, enslaved by European empires. O Barco| The Boat like most of the artist’s previous work, addresses the theme of memory and oblivion, the visible and the invisible. Within the frame of the group show Espressioni. L’Epilogo (24/01 – 01/05/2022) at Castello di Rivoli Museo di Arte Contemporanea, Grada Kilomba is conceiving a new project in relation to her latest work O Barco| The Boat.

The talk will be conducted in Italian and transalted into English.