Peace Of Mind | Arya: “I Would Never Give My Music Up In The Name Of Success” 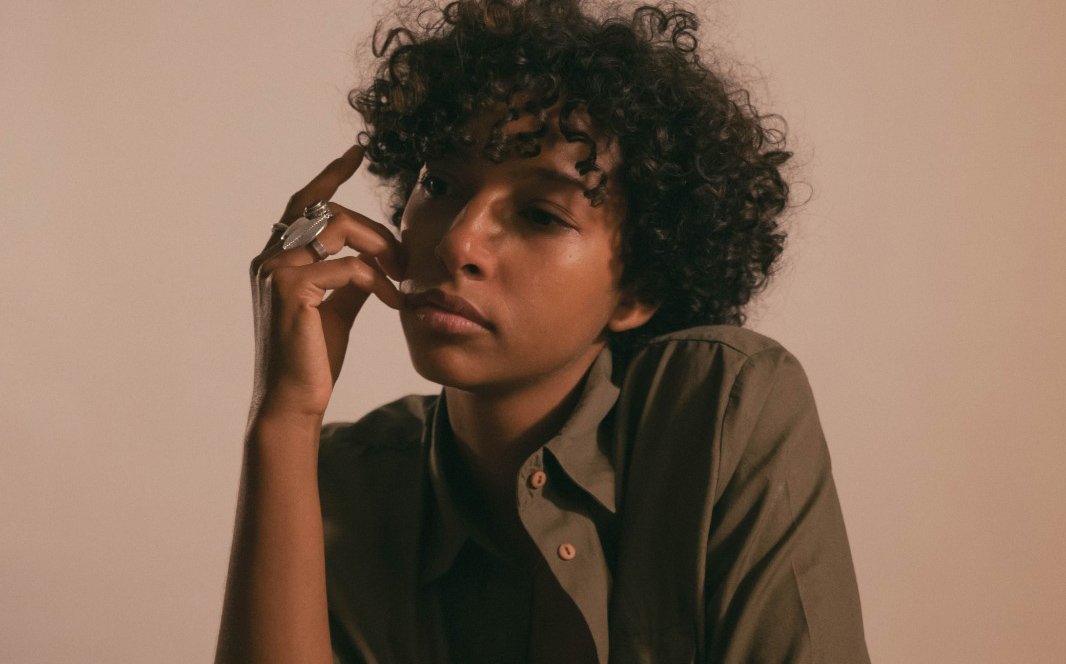 I’ve seen Arya perform live only once. It was two years ago at a limited seats gig inside the only bookshop in my neighbourhood in Milan. It was intimate and special, not only because in this situation of emergency we are experiencing the memory of a concert becomes even more precious, but above all, because Arya is actually good.

Backing vocalist for Ghemon and Venerus, lead singer of the project A Flower Tide, her solo debut, Peace of Mind, finally comes out today for the Milan-based small — but high quality — independent label Atelier71. An eight-track record informed by the most current soul and R&B which reflects the image of an artist who has matured and found her confidence.

GRIOT: Let’s start with the title of the album, Peace of Mind. Is this peace of mind something you are looking for or is it something you have finally found?

Arya: No, I wouldn’t say I’ve finally found it. On the contrary, the search for peace is a path that never ends. It is not something you find and keep, but you have to look for it, maybe find it, then lose it and look for it again. In some moments, I feel truly peaceful, centered on myself, as if I’m part of the world; while in other moments, I am restless and agitated, but this is what drives me to move forward. Even when I am not at peace, I know I have found it in the past and therefore I can find it again, so I never lose hope of reaching the right state of mind. What is it that usually takes away this peace from you?

There can be so many things, external elements — and this period hasn’t helped — that cause turmoil and agitation within me. On the contrary, when I am truly at peace with myself and I’m in focus, I am able to maintain my balance, there is nothing that moves me even if disturbing factors intervene. It is an alignment of things that could be altered by a tiny personal, physical or environmental change, such as an encounter, an event…

When did you realise it was time for you to go solo, just like Arya?

Meeting with my current label was fundamental. In the past I worked with other teams of producers, but we didn’t click like it happened immediately with the guys at Atelier 71, Idriss Hannour (aka Desperado Rain) and Dimitri Piccolillo (Paziest). I had been working as a backing vocalist for Ghemon for a while, but I also felt the urge to do something of my own. At one point — thanks to the intervention and providential push of his band’s drummer, Teo Marchese, a great friend of mine — I woke up from this sort of numbness. I felt a shock, at last. Maybe I had settled into a situation that I liked at that moment and made me feel at ease, precisely being in the group of an artist like Ghemon, and I had put on hold the idea of ​​doing something of my own. Shortly after this realisation I met Idriss, we became friends but then he turned into my manager, adviser and companion in this journey. Then I met Dimitri, we clicked and found each other immediately. They showed me what I was not yet able to see. They sent me two tracks, which I was able to write on easily, and they pushed me to believe in myself as I had never done before. It seemed natural for us to continue working together and to conceive a more organic and complete project, which was not simply the sporadic release of a few tracks.

Are you scared of exposing yourself, not having your back covered by the band?

Yes, obviously, but I think it’s the price to pay for making art. There is no art without self-exposure. Whenever I play a song of mine to someone, even when I simply strum it in front of a friend in my bedroom — not necessarily when I release it on Spotify — I always have the fear of judgment. Mainly, it is my judgment: I am hypercritical, I have to work a lot on this aspect of my character. In general, being open to others always exposes you to evaluation. I am very proud of this album, I think it totally represents me, but there are still mixed feelings of agitation, fear, anxiety, excitement in me.

How are your songs born? How does your writing process work?

Sometimes I sit at the piano and play with chords and melodies. The melody is my main guide, the starting point, while the words come later. I think it’s partly due to the fact that I’m the daughter of a salsa singer — very emotional — and I’ve always lived music with that in mind, being carried away by sentiment. Most of the time I write a melodic line and then I suggest it to the production team to work on it with the rest of the musical parts. That’s also because I’m not a real musician: I am able to sit at the piano to accompany myself, but then I need the support of Paziest and Bongi (Alessio Bongiorno), who help me to have a broader and more articulated vision of each song and of the whole project. Other times, like in the first two songs and in the last single, Mad, Paziest sent me ready-made beats and I wrote on them.

In your lyrics you talk a lot about yourself.

I like the idea that my songs are autobiographical and can reveal some part of me, of my experiences, of my awareness. I am a very thoughtful person and I think this comes out of my writing and content. In addition, to seek that famous peace of mind, I am trying to undertake a gradual path, as if I were climbing steps of awareness. And then there is love, which is life. I often realise that, while speaking of me, my songs still touch on universal themes and many people see each other again.

What were your musical references growing up and what are they today?

My father is a Venezuelan salsa singer and I grew up in Italy — living and breathing salsa music. I practically listened to just that until I was eleven or twelve. At that point I had developed a kind of rejection and I moved first towards hip hop, then towards R&B and soul. At first, I mainly listened to the classic soul of Aretha Franklin and to a lot of Stevie Wonder, then I turned to the R&B of the 90s, the first Beyoncé’s records, for example. Growing up I broadened my horizons, especially with Lauryn Hill who opened my eyes to the possibilities of encountering the different genres I loved.

In recent times, I have become passionate about the British wave of neo soul, which is also reflected in the US and international scene thanks to artists like Jorja Smith, Mahalia, Loyle Carner and, above all, Snoh ​​Aalegra, my main reference in the last year and a half.

Which song on the record represents you the most right now?

Right now I would say Miles, just for the approach to melody and writing. In its original version, written three years ago for piano and voice, it was a very classic R&B ballad that I was already performing live. Yet, three or four months ago, while we were working in the studio, Idriss suddenly came out with: “This song doesn’t have the same power as the others we chose for the record. Why don’t you write it all over again?” I was unsure as there was very little time, but we decided to give it a try anyway. We originally intended to keep the original melody and lyrics, but in the last three years I have changed so much as a person and as a writer, that I eventually changed everything and rewrote it all. That’s why it is the most current piece, the one that represents who I am now the most. Instead, in terms of sound, the track that represents me the most is Feelings In Disguise.

The latest single released is Mad, which has a very powerful video and shows a multifaceted image of yourself. Which version of Arya do you feel is the closest to who you are everyday?

Good question! Among the Aryas in the video I would say that the Arya who wears the sequin top and the black pants is the closest to how I am every day. Actually, like everyone else, I think I am many different things and, depending on the day, I express them differently. If one day I wake up in a certain musical mood and I want to listen to a certain genre, even my way of dressing, behaving and dealing with life and others aligns with that musical mood.

Mad’s video is very consistent with me, with my personality. Some days I feel very classy, ​​like sequins and elegant trousers, other days I want to put on shorts and Jordans and act like a tomboy, still other days I want to appear sophisticated … I like this heterogeneity and I think it is also reflected in my music. The representation of women, even in a creative and open sector such as that of discography and music, is still rather flat. Have you ever suffered the weight of stereotypes and gender disparity? Have you ever felt you had to adhere to an image that was not yours?

In previous experiences with different producers, I noticed that the basic approach was “Ok, you’re a beautiful girl, you sing well, you can rap, we want to build a character: a young woman with a more open, more masculine attitude.” I didn’t discuss the idea so much, nor the fact that no one had asked me if that was what I wanted for myself as an artist and as a person. I felt like I was just a voice and a presence, but nobody really cared about what I wanted to do. I gave up, it was not the path I wanted to take.

Unfortunately, I often see the tendency on the part of the artists themselves to adhere to these stereotypes that are placed upon us by the music industry and the market, perhaps because trying to assert themselves in different ways, maintaining their originality and personality is certainly more tiring and difficult. There is little desire to break out of the box and it probably depends on the fear of not being able to emerge. It is also a matter of priorities: it depends on whether fame, notoriety at any cost, or the ability to do what you believe in, perhaps working harder, matters more to you. For me it is more important to present myself with my music, with a project that is the true and profound expression of myself. Probably my path will be longer and more difficult, and who knows if I will ever reach the finish line. But I would never give my music up in the name of success, which in the end could be ephemeral.