Why Omar Sy Is Enthralling Audiences With Lupin 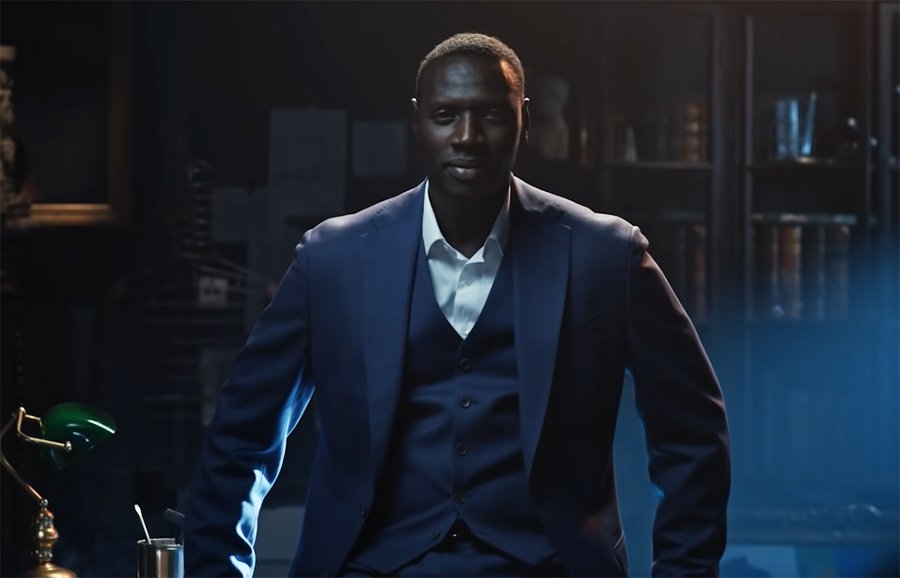 When Netflix announced it was to adapt Arsène Lupin’s adventures into a series, there was an outcry, especially after Omar Sy was cast for the role. A Black man playing Lupin was framed as a scandal, as absurd as having Idris Elba play James Bond. Why then did Netflix’s Lupin become a worldwide success, even in France, so quickly?

Until very recently, many had never heard about Arsène Lupin. Written by Maurice Leblanc in 1905 it follows the adventures of Arsène Raoul Lupin, a thief who mastered the art of disguise. After the Netflix’ announcement, many believed that it was producing a period drama, which created some turmoil back in Molière’s country. Some argued that since Lupin was white, it would be woefully inaccurate, but others suggested said that since Lupin was a fictional character, it wouldn’t matter if the actor playing him was Black, Asian or North African. Finally, there were those who feared that Netflix or “the Americans”, were going to ruin another beautiful French classic.

Key to Lupin’s success however was abandoning the idea of period drama, not because of historical accuracy, but to create an original plot inspired by Leblanc’s work. If anything, Inspiration is a major theme in Lupin. It is what guides Omar Sy’s character Assan Diop through the story. A  century-old book becomes the centre of a modern man’s life: the weapon of his vengeance after his father’s life is destroyed by a wealthy family. From the moment Assan receives the book, it conditions all his actions, relationships, even relationships to women. Assan Diop personifies the French lover, whose actions are driven by mix of clever calculations and passion. Though charming and funny, he is not an altruist Robin Hood but more a selfish manipulator who uses a novel to avenge himself. Assan merges all French cultural tropes that make up the “marivaudage” or the love triangle: infidelity, humour, revenge.

One of the most fascinating elements of Lupin remains the way Black masculinity is portrayed throughout the series. A charismatic and handsome man due to his height and stature, Sy’s profile usually personifies threat and danger on screen. Yet, although Assan Diop is a thief, he is the perfect gentleman, capable of gaining anyone’s trust within seconds. Without sanitising his masculinity to make white audiences feel more comfortable, the writers succeeded in presenting Assan as the epitome of stereotypical French masculinity.

So does this make him less “Black”? Hardly, for blackness is not central to the narrative arch: Assan’s blackness is secondary. In Lupin, Assan’s skin-colour simply accompany the character’s development and are not an identity claim or statement. Assan never refers himself as a Black man, but as Franco-Senegalese in line with the way ethnic minorities in France identify as “simply French”, or as “French descendant from [insert country]”. Although born in Senegal, Assan is so French that even those who know the book series soon forget about their preconceptions, while International audiences get to learn about the diversity of “Frenchness”.

If the racial question is not at the centre of Lupin, class issues are well rooted in the narrative. All things considered, one could highlight several elements which drive the protagonist’s actions and behaviour (poverty, rejection, betrayal). Assan and his father are first and second generation immigrants and belong to the working classes who are exploited by megalomaniac rich men.

Although Lupin has many qualities, there are a few weak spots. One will notice that there is a lack of balance in terms of storytelling dynamic, particularly episode three and four, where the acting even leaves a lot to be desired. However, unlike Emily in Paris, which really exasperated French audiences, since it was nothing more than a canvas of stereotypes, Lupin seduces through its authenticity, humour and of course, Sy’s legendary smile.