Olga Blacker | From Selfie To #antiselfie A Mirror Of Our Society 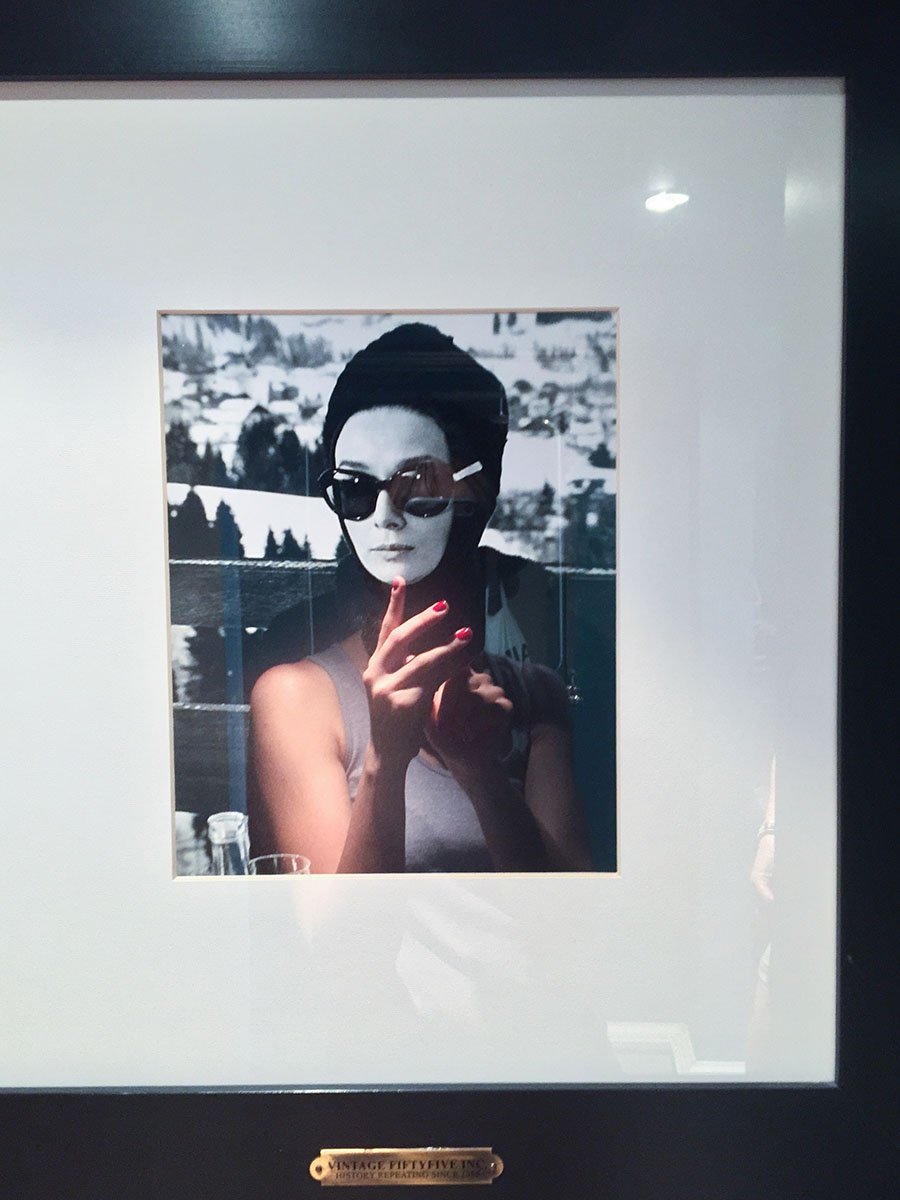 “Olga Blacker is not my real name,” says the author of Antiselfie in front of a cup of coffee. “It is my pseudonym.” Her father, a university professor who publishes some articles and translations often uses the name of Blacker. So Olga took her father’s name.

Olga was born in Minsk, Belarus, and lives and works in Milan. After attending an evening course on analogical and digital photography at Bauer Institute she has started working with her photography work. Shortly after graduating at Bauer she developed a series of auto portraits with her iPhone. The choice of using a smartphone was of pure convenience and spontaneity. Spontaneity actually is the word which well characterizes this young artist’s work. In fact, she fades in reflexions and shadows in her shots Hitchcock movies style. GRIOT: When did you start the #antiselfie series?

Olga Blacker: The first image was taken back in 2014, when I threw a party at my place. In that occasion I exhibited some #antiselfie shots. I simply placed some prints on the wall of my kitchen. The number of images corresponded to my age as it was actually my birthday.

It was kind of a game for me. Instead, it was so well received that I decided to transform the game into a real project. So I kept on shooting more and more #antiselfie.  Some of the shots came out more sophisticated than others. Yet the whole idea lies in contradiction: on one hand I reject the selfie concept, on the other hand this “game” becomes extremely egocentric bringing me in the center and forcing audience to seek my image in every shot. In this way the audience can get to know me and at the same time those who already know me can discover something new about me.

I posted an #antiselfie [the name Olga used for this type of shots] per day for a month across various social networks. It became a social experiment for me. I used various hashtags like #olgablacker #antiselfie #selfexpression and #socialmedia. It felt like getting back to study, but this time I studied human reaction.

What is your favorite #antiselfie?

My favorite #antiselfie was taken with a friend of mine in front of a piece of another artist – Bertrand Lavier – in a gallery in Montecarlo. You can see only our legs as the rest is covered up by Bertrand’s piece (a fuzzy mirror with a soap effect.) What is your opinion on selfies and modern society?

We take images of ourselves every day. This common habit mirrors modern society, where we decide how we want to appear via posts, tweets and images we share. There is no limit, we can control the image quality and see the result immediately. Everything became extremely fast. We all rush – who knows what for – but to comprehend my antiselfie you have to stop and observe it more patiently. To understand the pictures, you need to look for a while and probably more times.

Where did you shoot the pictures?

I took photographs everywhere: mostly in Milan, but also during my trips to London, Monaco, Minsk, Paris and New York. In total around 130 pictures were taken and published in random order via social channels without specific attention to places where I took them.

What are your next projects about?

The first #antislefie exhibition took place at Bachelite CLab, Milan. I also exhibited in Minsk in various occasions like reading evenings for example. One day I would like to fully dedicate myself to my artistic activity. Currently I work on two projects.

One is dedicated to researching digital and analog photography. Visually, it is a series of images out of focus, though the subject is perceived without seeing the details. My objective is to study the value and importance of our personal digital archives. The second project is about the importance of appearance and our idea of ourselves. Visually it is realized via smartphones with broken screens which distort the images displayed.

Back in the days photography was something permanent, but today it is usually lost somewhere in a backup folder. If you lose some images often you don’t even realise. Millions of images are stored somewhere in a photographic cemetery. I am interested in the value and weight people attribute to a photo nowadays. We are the ones who decide in which way to use various devices andto what extent they influence our lives.