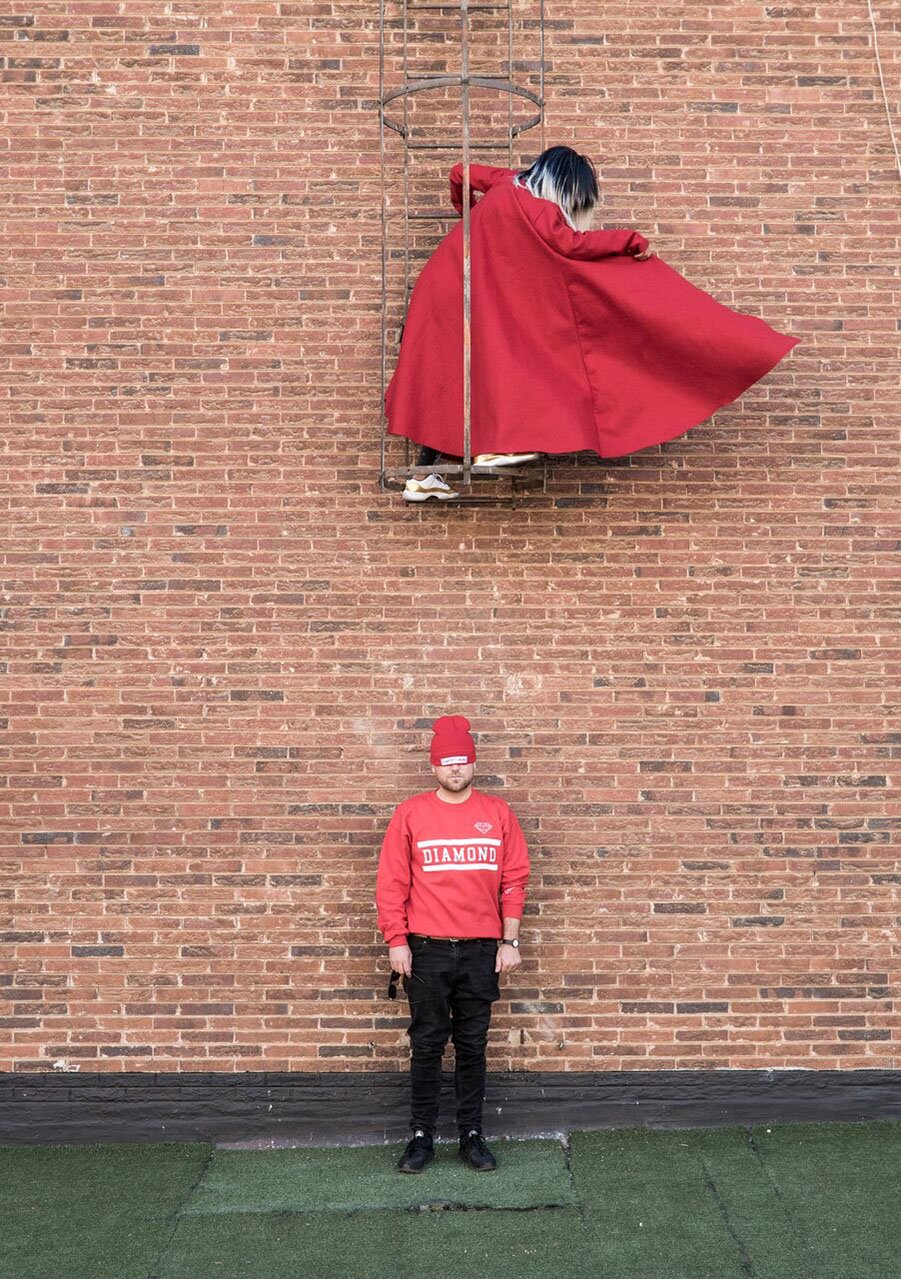 The distinctive and captivating South African sound has literally taken over dance floors all over Europe. And music isn’t the only cool thing, from art to fashion and photography, all eyes are on SA.

We’ve had the pleasure to ask a few questions to a leading artist of this fascinating artistic scene, Okzharp who together with Manthe Ribane will perform for the first time in Italy next week for the Design Week Festival.

Okzharp is a producer based in London, he was one the first to play gqom music in the UK and he’s also known for being part of LV before going solo. Manthe is a visual artist and her creative flair is just something else. She’s a performer, a stylist, a photographer, a singer and she runs a creative studio called Studio113.

Their peculiar artistic bond has already produced Dumela 113 and Tell Your Vision, two undoubtedly remarkable EPs – both musically and aesthetically. These mind blowing releases came out on Hyperdub in 2015 and 2016 and feature the track Dear Ribane, whose video was created in collaboration with Chris Saunders.

Read what he told us and if you’re in Milan next Tuesday, go check them out at Apollo Club.

GRIOT: SA is buzzing. You constantly read about cool art-related things coming from SA and you are both prominent artists of this amazing phenomenon. You’re from SA but live in London. How are these two artistic and musical environments different?

Okzharp: There are a million superficial differences but I’m not interested in examining them because it twists my head up. They inspire and frustrate me and have made me who I am, but that’s not in my mind when I’m doing what I do.

You were one of the first to play Gqom music in the UK. How do you feel about the great success is now having?

I don’t think I feel any way about it, I don’t feel personally invested in Gqom as a genre. I do have a lot of admiration for people who responsibly and respectfully bring music to the wider world from places like SA because I don’t think it’s easy.

I love what Moleskin from Goon Club AllStars said, that in a time of mp3s the best way to ensure that these tunes by DJ Lag and Rudeboyz would be around 10 years in the future, was to put them on a record. That’s beautiful and probably true.

Tell your Vision and Dumela 113, the EPs you released on Hyperdub received amazing feedback. How did you start working together? And are we going to hear more music soon?

Manthe was the lead performer, choreographer and stylist for a film that Chris Saunders and I made in Johannesburg called Ghost Diamond. After we finished the last day of filming we decided to try and make a song for the film soundtrack too. So we spent the night in an old ex-Marshmallow factory and we wrote and recorded the four songs that went into our first EP.

The second EP was very different, we made it in a freezing cold London flat after Manthe came over for a Hyperdub show. We’re always dreaming and scheming, writing all the time and recording whenever we’re together, there’s some new songs and new versions of old songs in our live show. I feel like at this point we’re just exploring what we can do and we’ll see what happens. Watch the skies.

The song and the video Dear Ribane are little masterpieces. You collaborated with the incredible Chris Saunders who we had the pleasure to meet at AKAA. How did your collaboration start and can we expect more collabs in the future?

We met a while ago when Chris made a music video for a song called ‘Sebenza’ and after that point we’d always meet up and make something when I was in SA, ‘something out of nothing’ became a bit of a mantra for us. The three of us want to make it better and we trust each other’s instincts. Chris does all the visuals for our live performances too, wherever we go he films new elements, like when we played in Geneva last year he filmed Manthe dancing around in the snow and that found its way into the show.

We are working on a hybrid installation/performance in London later this year. We’re interested in the world, we want to go and play in Norway because there’s a glacier there we want to go and film. Also Dubai. But first, Milano.

So you’ll be in Milan on the 4th of April, is it the first time you perform in Italy? What can we expect?

Yes, first time in Milano. First time with Elita [Design Week Festival.] I’m not sure what to expect from the show, we like to be somewhere between meticulously planned and completely improvised. Come and we’ll find out together.