NYFW | Who Is Changing The Face Of Fashion? 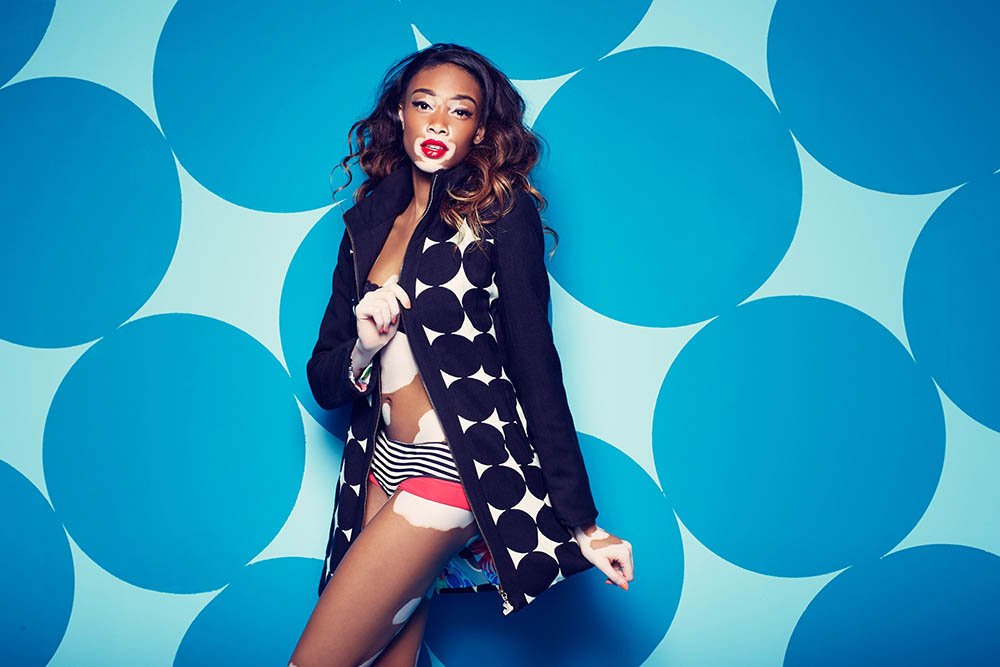 Oliviero Toscani was indeed a pioneer. Throughout his long partnership with the Benetton brand he has been up to all sort of things. Some were hot, like the themes he tackled in his advertising campaigns, throwing in the fray some difficult subjects, too hot to swallow. Some others were raw, as the images and the subjects involved: just as if the Milan-born photographer had his lens pointed behind his shoulders, examining the world through a crude perspective, just like your next-door neighbor who is not hypocrite or moralist.

For quite some time, NYFW (and not only) have borrowed the eyes of your neighbor. This is why Jillian Mercado, aka Jilly Peppa – freelance fashion blogger and journalist, afflicted by muscular dystrophy – now wanders around nonchalantly with some other “outsiders” in Diesel’s Reboot campaign, under the blessing of Nicola Formichetti – the creative director of the brand and the mastermind behind the campaign.
https://instagram.com/p/7im22kvsRQ/?taken-by=jilly_peppa

What is going on then? Is it all just a new advertising gimmick? Who is using whom? A thousands questions, yet very little answers. If you happen to find one, please do let me know. Mercado’s case is not a one-time. The list is crowded and involves several brands and fashion influencers.

Maybe Diandra Forrest name’s sounds new to you, but fashionvores surely have not forgotten Stephen Thompson: the protagonist of Givenchy’s S/S 2011 campaign, consecrated by the Mert&Marcus duo under the blessing of Riccardo Tisci. He who generated uproar the fashion world for handing the catwalk over to transgender model Lea T.

Lea, accustomed to Paris’s glamour milieu modeled undressed for Vogue Paris…et voilà.
https://instagram.com/p/7qgHEVjTQF/?taken-by=diandraforrest
Perhaps, Hari Nef’s name might be less known that Lea T’s but she surely does leave a mark just as well. Worshipped by Dazed, the Massachusetts-born transgender model dropped Columbia University to sign for IMG, joining Gisele Bundchen’s clique.
https://instagram.com/p/7Qlk6_Cy_6/
Then there is her, too often mistaken for a him. She embraced it, shaping a unique and personal professional character. I am talking of Rain Dove, so towering she worked for both male and female fashion weeks. Very much praised for her strong masculine features – like Omahyra Garcia Mota – she boasts collaborations with Calvin Klein, Jean Paul Gaultier, Michael Kors and more.
https://instagram.com/p/7yAG7nhsSz/?taken-by=raindovemodel

Not so different is the fate of her colleague Erika Lander. Signed to Next Models, she has already been featured on prominent magazines/mags such as Elle and Marie Claire.

“No hamburgers for me today, no french fries…it’s too unhealthy”, Madeline Stuart is likely to have used these few words for self-determination. Despite being affected by Down’s syndrome, the Australian model challenged herself with countless hours at the gym, until reaching a flawless shape (her abs are enviable). Encouraged by her social media followers, she documented every little step, up to her catwalk appearance at the NYFW – engaged by Henrik Vermeulen.
https://instagram.com/p/7pSXqXyFbe/?taken-by=madelinesmodelling_

Melanie Gaydos has been through hell and back too. Being affected by several pathologies, including congenital alopecia, her body suffered constant mutations throughout the years. Despite this, she has not lost her innate sense of perseverance and self-determination. Nina Athanasiou baptised miss Gaydos’s first fashion week appearance

Chantelle Brown Young, Winnie to her friends, surely is not a new face to the fashion world. Without a doubt, everyone has spotted this girl around. Though, her life path has not been easy: the media industry has the tendency to create categories, and fashion is too often ruthless – as contested by Naomi Campbell on The Guardian and by her colleague Tyra Banks.

It was Tyra Banks who saw in Winnie the inner beauty that others overlooked, perhaps deceived by the apparent surface, deep in prejudice and in the incapacity of being visionaries and looking past colors – oddly enough, in a context, the fashion one, living off colors.

The strong vitiligo affecting the Canadian model “made my teen years complex and difficult” as she outspokenly stated. Despite some considering her a winner in life thanks to the notoriety obtained through Desiguals and Diesel’s campaigns, she surely does not forget those hard/difficult/painful times when agencies rejected her.