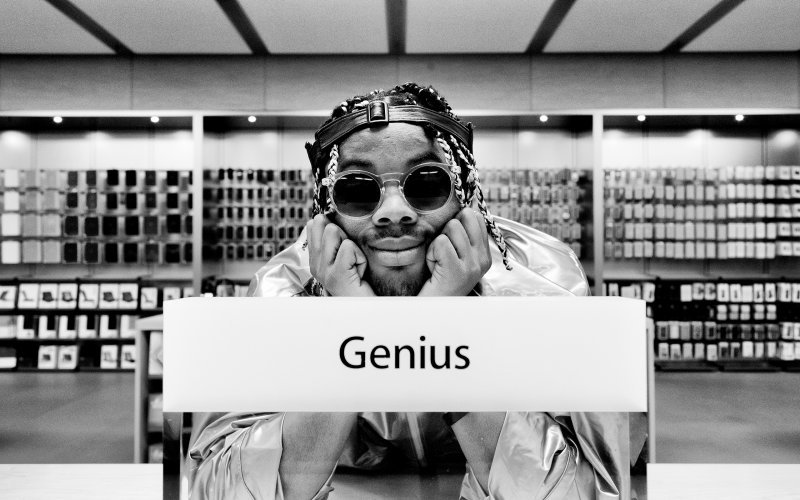 Just one. And New York artist and rapper Prince Harvey jumped at it.

“It wasn’t my plan to record this at the Apple Store. First, my computer died. Then my external hard drive died,” he said to The Daily Beast. “New York is expensive. I couldn’t just buy another laptop.”

It took him 5 days a week for 4 months to finish recording the vocals and backing instrumental tracks, using the GarageBand app and an inbuilt microphone. Indeed, every track was created using his voice and that of a one ‘special guest’ who joined him in the store to help him out.

How did he manage to save the files from the memory wipes? Hiding them in the trash.

PHATASS – the name of the album – is the acronym for Prince Harvey At The Apple Store: Soho, is set to release today.

Check out Sometimes, one of the album’s tracks.