In Nero: Black Girls In Rome | What’s It Like To Be A Black American Woman In Rome? 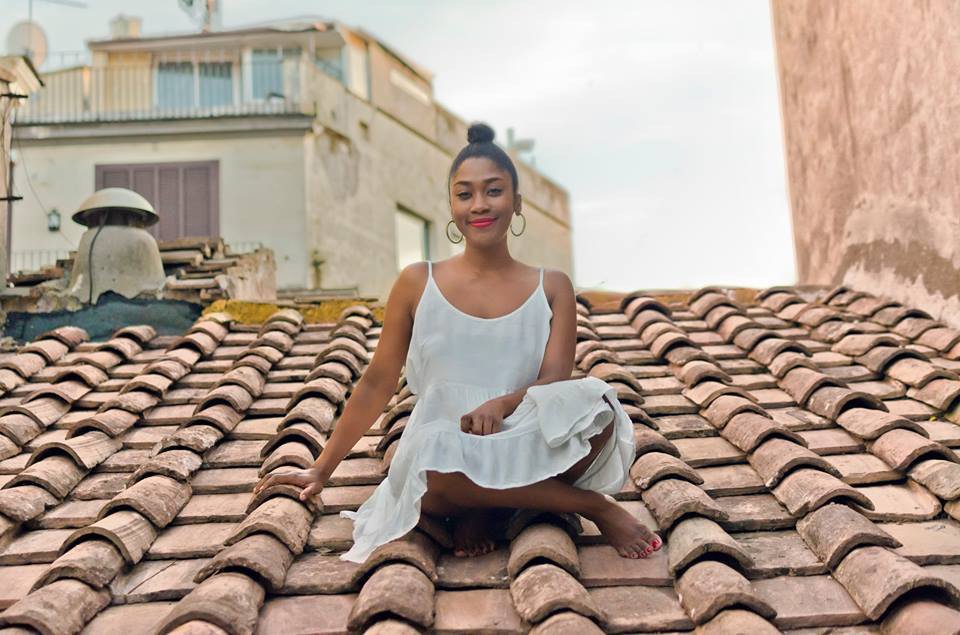 Few weeks ago I invited Tamara for dinner and we spoke about her new project, In Nero: Black Girls in Rome, a short film made in collaboration with visual artist and photographer Sara Shamsavari and cinematographer James Maiki – and a forthcoming web series by the same name.

Tamara is originally from Killeen, Texas, but she started college at SMU in Dallas when she was only 16, so a part of her feels like Dallas is home too. She describes Killeen as an incredibly diverse town, located right next to Fort Hood, the largest army base from the states, “so I had the gift of growing up with friends from everywhere, and a true sense of multiculturalism,” she said.

Having been born in Rome, I was so curious to figure out what it’s like to be a black American woman living in the Eternal City and I asked her some questions about her documentary.

GRIOT: When did you move to Italy and why did you choose Rome and eventually opted for living there?

Tamara McPherson: The first time around I moved in 2007 for just about six months. I came on a random invitation from a friend’s sister and took her up on it. Really it was an overdramatic reaction at the time to a broken heart. So anyway, I met my ex-husband a couple of months after we arrived. We married and moved back to Texas for a couple of years, but he was like a wilting flower there, so we moved back to Rome permanently in 2010.

Tell me your first approach with the city and its language.

I won’t romanticize it. I find Rome to be a goddess in her own right, that’s true, but she’s much more aggressive of a city than what her reputation lets on. So upon moving here back in 2007, I think I was expecting some sort of fairytale…little old ladies opening their shutters ceremoniously in the morning and cooing, “Buongiooooornoooo!” Instead I found a city that felt heavy more often than not, rushed, rude at times…it was a rude awakening.

I even found the language to be cacophonous. After so many years and also having two sons who are half Italian, the culture and the language have grown on me immensely. Now I find it hard to go back to the states for too long at times. And I think that’s the paradox of the expat…you’re not 100% satisfied anywhere.

Differences and similarities between Texas and Italy?

Hmmm…similarities: People are generally friendly in both, mildly nosey, and enjoy small talk. People are helpful in both. There’s a strong sense of pride for where you’re from in both Texans and Italians.

Differences: Food. At times, authenticity. I feel like if you ask a Roman how their day is going, and it’s really going terribly, you’re more likely to hear the truth. Same thing goes even when observations are being made. Like Italians will say, “You look really well today,” if you do or, “You look like you’ve put on a pound or two,” if you do. No need to get offended. It’s just an honest observation. Texans are big on pleasantries.

Time is also a big difference. I feel like there’s a 20 minute margin of error for all arrivals in Rome. If you’re supposed to be somewhere at 7, you have until 7:22 to be on time. In Texas a meeting at 7 is a meeting at 7.

“In Nero: Black girls in Rome”. How did you come up with this idea?

So the idea for In Nero: Black Girls in Rome came about almost a couple of years ago when I unexpectedly found myself receiving unnecessary pity and sympathy during a conversation with a friend of a friend who thought it must be so terrible for me to live in Rome as a Black woman. I thought, “She has no idea.” And I believe one of the most effective means of communication is visual art, so here we are.

The film involves mostly African American women, but there are women from other places as well. I think that more often than not, people are interested and willing to tell their stories. It feels good to share. It’s that simple. Humans are social creatures by nature.

Is it your first work as a screenwriter and filmmaker?
Yes!

You’ve also published several books for children. Tell me how did you begin writing books and where do you get your inspiration from.

I started writing books for kids about two summers ago. The inspiration from my first book, The Ghanaian Goldilocks, came from watching my eldest son Noah play. He had a golden-tipped afro at the time. I just published the sixth book this past week and I can now say that my publishing inspiration comes from the world around me.

I get inspired by almost anything, but I’m particularly interested in details and flipping stories. For example, in my version of the fairytale, Goldilocks is a brown boy. That alone makes the reader stop and think for a second.

I like stories that urge the reader to not only think outside of the box, but leap outside of it.