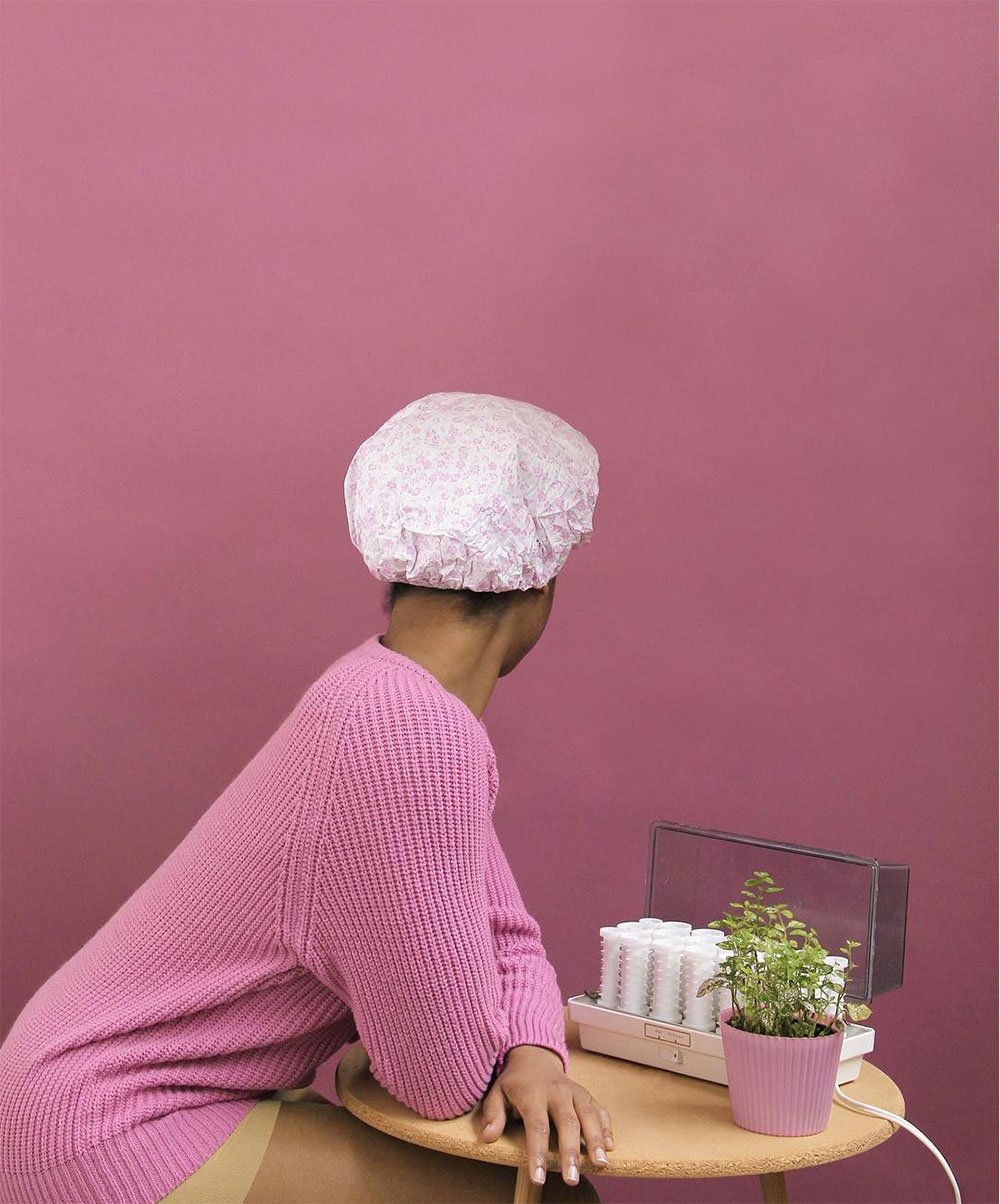 Black hair is deeply political. Women’s hair—arranged in intricate, often braided styles — carried social and aesthetic significance in precolonial African societies. Enslaved Africans wore their hair long and curly to flaunt the biological racisms of eighteenth-century America. And Angela Y. Davis’ iconic Afro became an international symbol of Black women’s resistance. Each of these hair practices can be read as challenges to Eurocentric beauty standards, wherein straight hair is seen as “good,” “beautiful,” and “professional” and Afro-textured curls are denigrated as “bad,” “unkempt,” and “messy.”

The Black natural hair movement, with its roots in “Black is Beautiful” of the 1960s, has taken on new life in the twenty-first century thanks to the Internet, recount Ayana Byrd and Lori Tharps in their magisterial book Hair Story: Untangling the Roots of Black Hair in America.

Black women around the world have shared their hair journeys in evocative documentaries such as “You Can Touch My Hair” by Un-Ruly and “Hair Freedom” by Zindzi Rocque Drayton. Indeed, the proliferation of blogs, Facebook pages, and YouTube channels devoted to the care and valorization of natural Black hair has forged a sort of electronic, transnational Black sisterhood over the last decade.

In the context of this renewed global natural hair movement, it’s easy to explain away hair straightening as self-hatred or misdirected vanity. But these practices, brewed in the steaming cauldron of racism and racial hierarchy, are also deeply ritualistic shared practices that reproduce the powerful bonds of Black friendship, family, and sisterhood. Sitting between the knees of your mother while she combs your hair, listening to music and chatting with aunties about national politics and neighborhood gossip. It’s this tangle of intimacy and white supremacy that bell hooks captured in her famous essay, “Straightening Our Hair”:

While [white supremacy] was probably the ideological framework from which the process of straightening black women’s hair emerged, it was expanded so that it became a real space of black woman bonding through ritualized, shared experience…These positive empowering implications of the ritual of hair pressing mediate, but do not change negative implications. They exist alongside all that is negative.

So, the personal is political. And as much as some second-wave white feminists sought to dismiss concerns with beauty as inherently oppressive, little more than the heavy baggage of patriarchal domination, the racial and gendered politics of beauty, self-care, and self-love have long enjoyed a central position in transnational Black and women of color feminisms.

Nakeya Brown, a 28-year-old artist based in Washington, D.C. captures this magic and ritual of Black women’s hair in four arresting photo series, “Hair Stories Untold,” “If Nostalgia Were Colored Brown,” “The Refutation of ‘Good’ Hair,” and “Façade Objects.” Brown received her BA in Visual Arts and Journalism & Media Studies from Rutgers University, and she is currently working on an MFA at The George Washington University. She has been the recipient of numerous arts endowments, and her work has been displayed in galleries across the United States.

As she writes in her artist’s statement:

“My practice centers itself on black female subjectivity, black beauty, and often uses hair as an apparatus to identify facets of womanhood. I utilize time-specific effects that have racialized, commodified, and cultural relevance in relationship to black women’s bodies and lived experiences. The shower cap, the hot comb, vinyl records depicting images of iconic African-American songstresses, the perm kit, and hair dryers are just a few of the articles I photograph to entwine the materiality of the world with identity formation. Through my work, I hope to expand the bountiful actualities of African-American women by critiquing beauty ideals defined by Western standards.”

Brown’s photographs are minimalistic, using the juxtaposition of material objects to evoke complex emotional worlds. A hot comb, gas stove, and oven mitt. A match, sealing the ends of three braids. A weft of hair hanging to dry. A face obscured by a voluminous natural. Women expelling fistfuls of hair from their mouths in a dramatization of the way that hair, with all of its gendered racial meanings, becomes a material embodiment of Black women’s layered identities. Brown’s photos connect to ongoing debates about the cultural appropriation of Black hairstyles, and in many ways her images provide a visual argument even stronger than a written manifesto. Her photography drives home the affective dimensions of Black hair, and why it is so viscerally painful when hairstyles tied to histories of oppression and struggle and resistance are ripped from their context for profit and attention, characterized as “new” as soon as they adorn white bodies.

As Brown said in a recent interview: “It’s frustrating when you can see a white woman wearing braids and all of a sudden, you have Jay Z talking about Bo Derek wearing her hair in a twist and she’s sort of put up on a pedestal. It’s like well, black girls were wearing their hair in braids since way before her, where do you think she got that from. Black women and our stories and contributions tend to be silenced…My work is really about archiving that and preserving that — looking at our history and talking about it and learning from it and growing from it. It makes me think about authenticity and authorship, and it’s important that we are writing our own stories.” While Brown is based in the United States, the natural hair movement is a global phenomenon. Indeed, on the other side of the Atlantic, cultural sociologist Shirley Tate has written extensively about the politics of Black women’s hair in the UK. A new book by French journalist Rokhaya Diallo and photographer Brigitte Sombié called Afro! features 100 gorgeous portraits of men and women in Paris with natural hair.

Natural hair hasn’t left Italy behind, either. The last two years have witnessed a veritable mushrooming of online natural hair communities with resources in Italian—beginning with the groundbreaking Afro-Italian Nappy Girls and Nappytalia community, to popular hair bloggers NaturAngi and AfroOn Hair-addict, to Afro-Italian Souls’ PSA about Black hair, to stylists like Afroricci and resources such as Vanity Case.

These women are making a critical intervention at a moment when violent racisms and xenophobia are running rampant across Europe: Black resilience and creativity in the face of systematic anti-Blackness must be celebrated. And the beauty of radical Black womanhood must be celebrated, too.

All images | Courtesy of Nakeya Brown