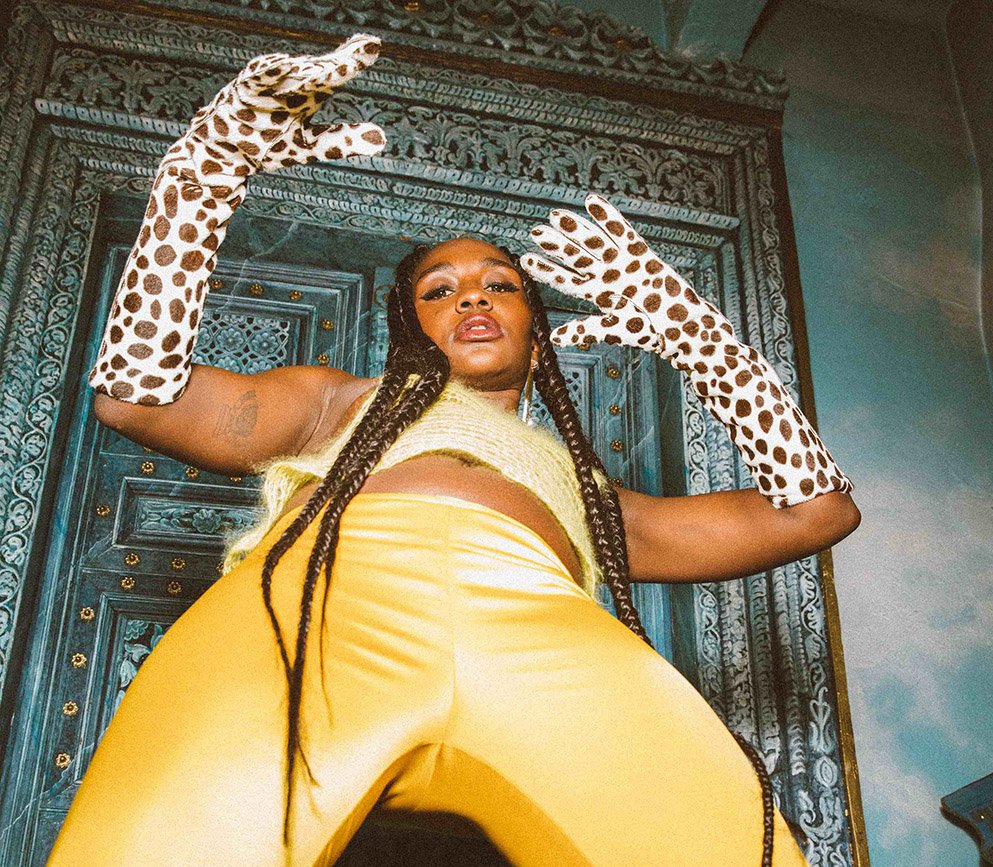 Bustling with artistic talent and musical genius, new incredible artists keep flourishing from Kinshasa’s vibrant scene. In the lively Congolese capital city “everyone is a musician or an artist” says Faty Sy Savanet, the singer of genre-fluid French band, Tshegue.

Consisting of Faty and the French-cuban producer Nicolas ‘Dakou’ Dacunha, the Paris-based duo debuted in 2017 with the EP Survivor, a piece of work blending influences from garage rock to tribal techno that launched them in the European electronic music landscape.

Tshegue is the name given to little boys in the streets of Kinshasa, as well as the singer’s nickname. She was born and raised in Kinshasa before moving to France at the age of 8. Faty and Dakou both started their musical journey playing the drums when they were teenagers and they immediately clicked when they met at L’Embuscade, the Paris club where Faty hosts regular nights with music ranging from soul, grime and hip-hop, to kuduro, gqom, techno and Congolese music.

Tshegue’s fine musical taste crosses the African diaspora, no coincidence they’re often attributed the moniker of afro-punks: “Our music is a mix between what we are and our roots. The word ‘afro-punk’ doesn’t bother me because thanks to it, a lot of people could discover a genre which was not visible before. But I wish we wouldn’t have to justify our gender, skin tone, or religion in order to exist. We play music, quite simply,” explains Faty. Tshegue likes to describe their sound as a universal blend, Dakou tells me, a sound to which they both contribute in their unique way. Faty focuses on “percussions, heart beating… It’s a story about timing, frequencies and about planets which align and – in a way – get along with each other” while Dakou tries to bring his rhythm, the percussions and his personal style in music production.

Last 19th June, Tshegue released a brand new EP titled, Telema, a four tracker which gave them new strengths and helped them to be on stage again, to keep going and to defend their music. “We didn’t have a specific goal, only to be free in our musical environment. We wanted to keep doing music together and share it, maybe with the idea of a positive message such as being concerned by others around you, trying to get people together with trance music, standing up for important causes and speaking against the words already spread,” they said.

Other than their undeniable talent, Tshegue’s fluid visual taste has contributed to building their strong reputation, just have a look at their Youtube channel. Mixing people, places, colours and sounds, their black and white video for The Wheel was shot in Kinshasa and stars the Congolese skate collective Club Etoile Rollers;  M’Benga Bila, which means “I’m gonna call the cops!” in Lingala, is a tribute to Leos Carax’s cult 1986 film ‘Mauvais Sang’. It celebrates Paris beautiful diversity and it was filmed and directed by Sacha Barbin in the 18th arrondissement’s Goutte D’Or area, one of Paris’ most multicultural neighbourhoods which Faty has also made her home. Last but not least, the visually stunning video for Muanapoto is literally addictive and the equally addictive song is now part of the Fenty Beauty’s campaign. Fun fact: Tshegue actually named Rihanna as one of their dream collaborations, as well as Missy Elliott for her power, creativity and incredible flow, and Burna Boy for his current vision of music.

With a wide range of musical influences from Los Van Van, Bob Marley and Phil Collins, to Renaud and Timbaland, Tshegue crosses the musical landscapes to bestow us with an incredible, unique sound. Keep an eye on them!

Tshegue is currently travelling across Europe with their Telema Tour, listen to Telema EP and find out more about the duo and their next shows here.