On the occasion of the exhibition SEDIMENTS. After Memory, we caught up with Christian Offman to talk about his work, Barocco, a site-specific installation commissioned by SPAZIO GRIOT that reflects on status and citizenship. SEDIMENTS. After Memory, curated by Johanne Affricot and Eric Otieno Sumba, is open from June 30 to September 4, 2022, at Mattatoio museum, Rome. 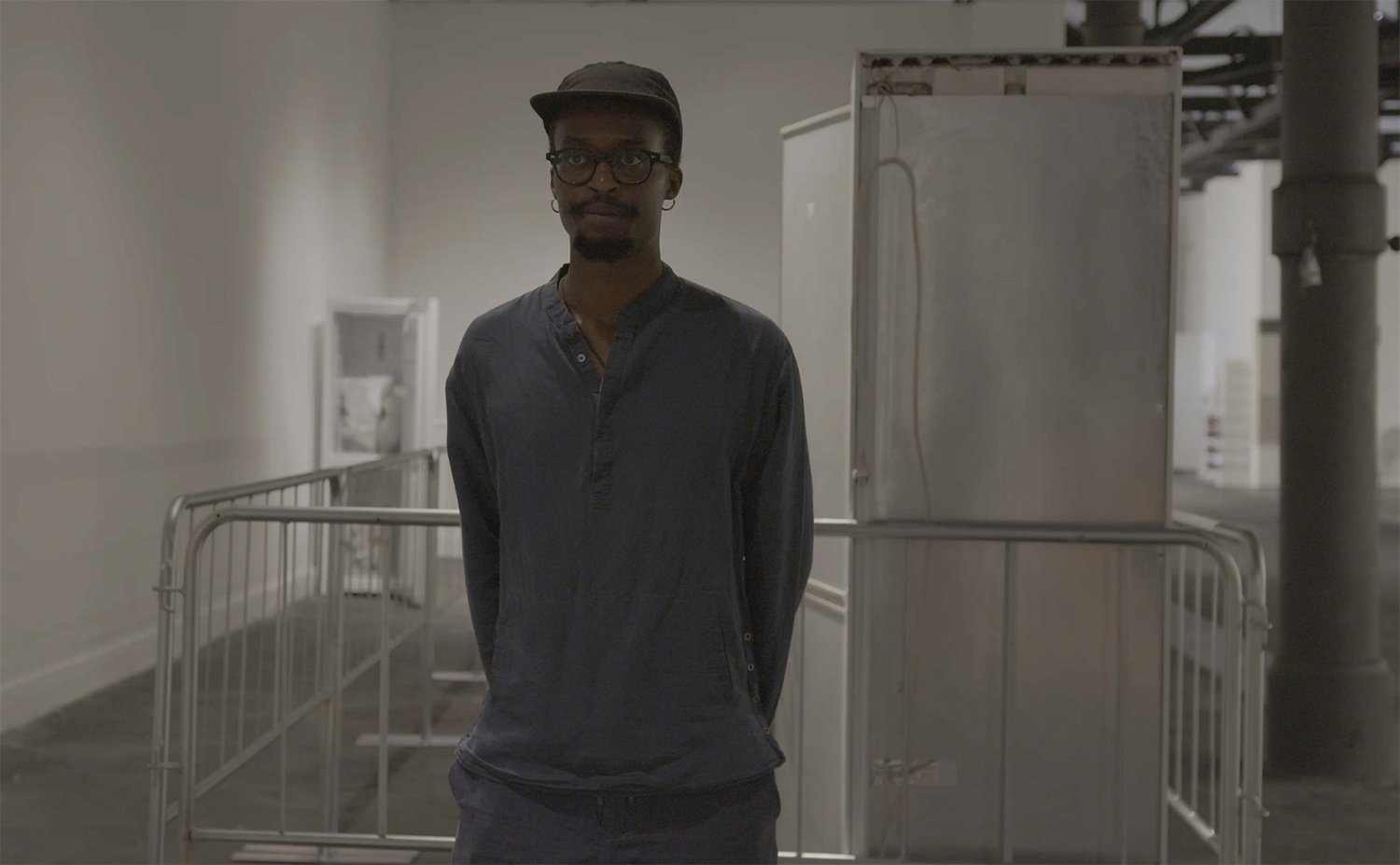 Christian Offman (Rwanda, 1993) lives and works between Munich and Bologna. He moved to Italy in 1999, growing up between Rwanda and Italy: the sum of these two cultural and geographical poles is reflected in his aesthetics and practice. Focal point of his research are identity, memory and historical repression that drive the contradictions and ideological flaws that demarcate a postcolonial contemporaneity.

For the exhibition SEDIMENTS. After Memory, we met up with Offman to talk about Barocco, a site-specific installation commissioned by SPAZIO GRIOT within the spaces of Mattatoio museum in Rome.

Starting from his own personal condition, in this new episode of MOTHERLAND ▷ Offman tells us about Barocco, a work in which he analyzes the concept of status related to precarious citizenship that affects 1 million of minors born and/or raised in Italy, and how art, activism and politics interact in his work.

Created and directed by | SPAZIO GRIOT
Video and editing | Atlantide