On the occasion of SEDIMENTS. After Memory, an exhibition curated by Johanne Affricot and Eric Otieno Sumba, Muna Mussie talks about 'የቦሎኛ ጎዳና | اینولوب عراش | Bologna St. 173 (Riverberi Roma') (2021-2022), an exhibition-installation that revolves around the concept of personal and historical memory and of transitory and precarious home. The show runs until September 4, 2022, at Mattatoio Museum, Rome. 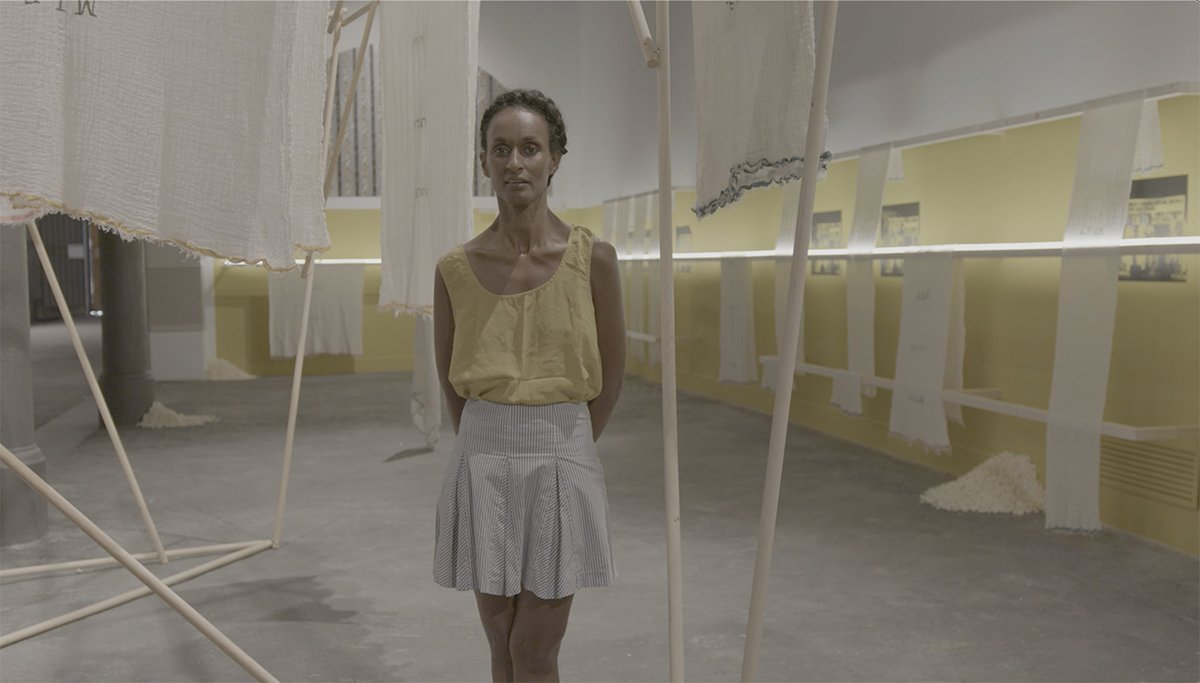 Muna Mussie in front of her installation Bolgona St.173. SPAZIO GRIOT at Mattatoio.

In ‘‘የቦሎኛ ጎዳና | اینولوب عراش | Bologna St. 173 (Riverberi Roma)’)’ the artist continues her investigation into memory, linked to the Eritrean Festival Congresses that, between 1974 and 1991, gathered thousands of Eritreans from all over the world in Bologna in support of the struggle for Eritrean independence.

For የቦሎኛ ጎዳና | اینولوب عراش | Bologna St. 173 (Riverberi Roma, at the invitation of SPAZIO GRIOT the artist introduces a new element: a loop video of the festival, accompanied by the story of a young Eritrean woman born in Bologna St. in Asmara, through which she creates a link between her memories of Bologna-city as a child and the memories of Bologna-street of the woman interviewed.

Muna Mussie (Eritrea 1978, lives and works in Bologna) began her artistic career in 1998, training and working as an actress and performer. Mussie’s work, between gesture, vision and word, investigates the languages of the stage and performing arts to give shape to the tension arising between different expressive poles.

Created and directed by | SPAZIO GRIOT
Video and editing | Atlantide