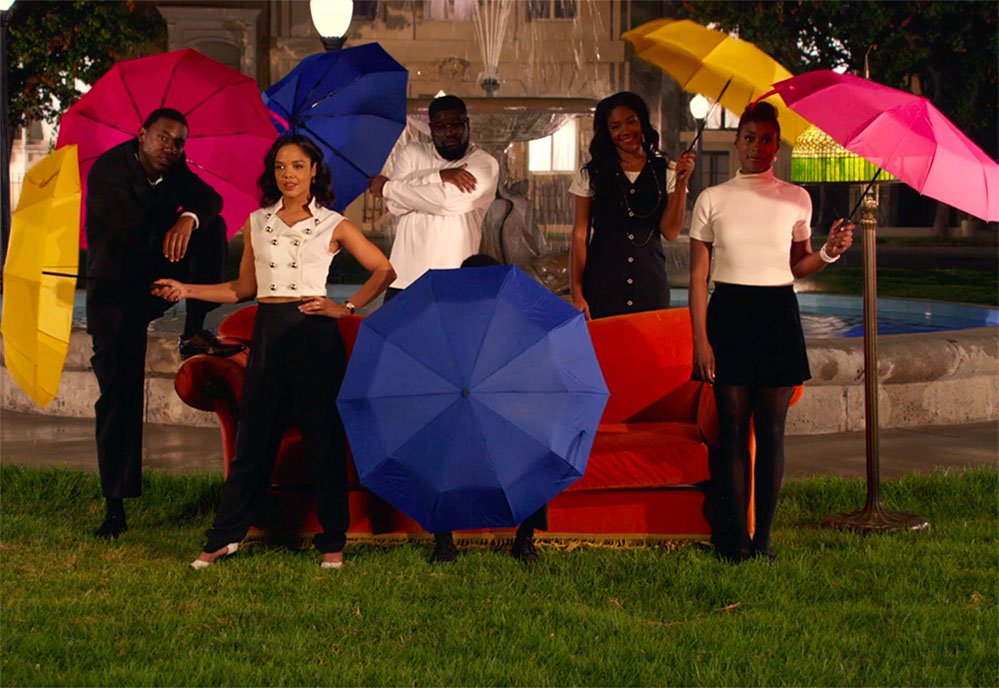 Jay-z has released the video for the song Moonlight from the critically-acclaimed album 4:44. After the outstanding The Story of OJ, Mr. Carter is yet again on the “war path” with an all-black remake of the american sitcom Friends.

The controversial clip attacks the unrealistic, appalling whiteness of american TV shows and more generally, of the cinematographic industry and white popular culture in comparison with the uncelebrated world of black creatives. Jay-z recalls the mistaken announcement of the best picture winner at this year’s Oscars, when La La Land was named instead of Moonlight by Barry Jenkins, chanting “We stuck in La La Land / Even if we win, we gonna lose.”

As usual the rapper has left nothing to chance, carefully choosing the cast for his video amongst the actors that are currently breaking and reshaping cliches on black Americans in popular TV shows. They are Tessa Thompson [Dear White People] as Monica, Jerrod Carmichael [The Carmichael Show] in the role of Ross, Issa Rae [Insecure] as Rachel, Tiffany Haddish [Girls Trip] as Phoebe, Lil Rel Howery [Get Out] is Joey and LaKeith Stanfield [Atlanta] plays Chandler.

The video is on available exclusively on Tidal, but you can watch a small teaser here.