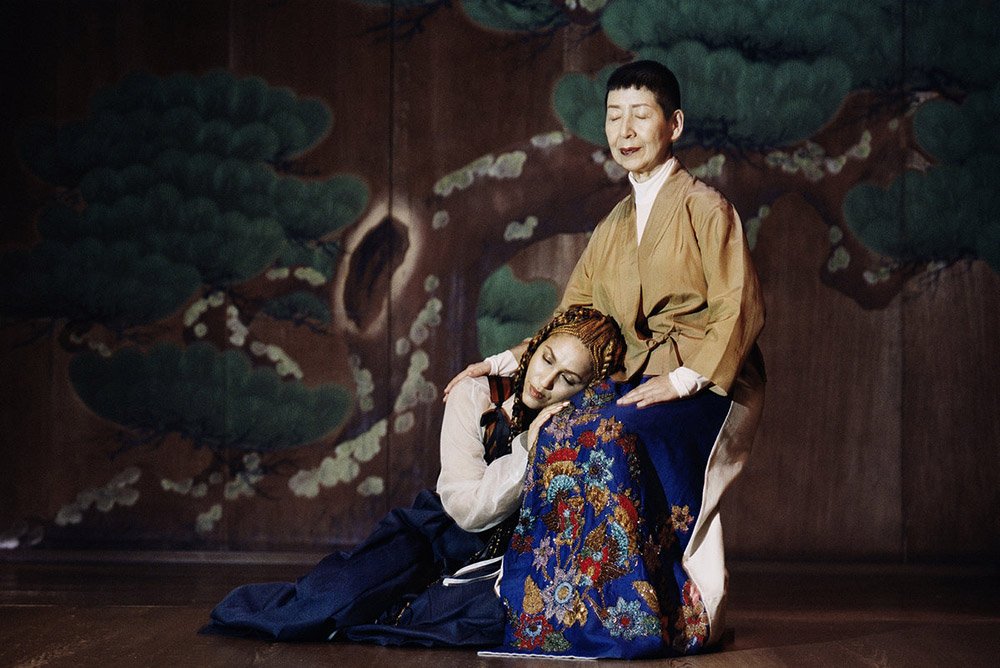 Two women, two underground icons, two generations, a unique approach to making music, building scenarios and transporting the audience. This is the asset that created one of the most cutting-edge musical and cultural products we’ve been blessed to receive this summer.

In what can be called a historical collaboration, the famous Japanese percussionist, composer and New Age icon, Midori Takada, and the acclaimed Iran-born, France-raised experimental artist, Lafawndah, have come together to create a new multimedia project, Le Renard Bleu. Composed of a single track and accompanied by an enchanting short film, the EP marks twenty years since Takada’s last music release. Unsurprisingly, her groundbreaking 1983 album, Through The Looking Glass, is a rarity sought by vinyl collectors worldwide.

Le Renard Bleu—which means “the blue fox”—is the outcome of the week that the two artists spent together at the Avaco Creative Studios in Tokyo, a collaboration which sparked a genuine mother-daughter relationship. Takada’s enthralling percussions—including marimba, coke bottles, harmonium, waterphone and cowbells—charm and capture the listener, coming together with Lafawndah cinematic melodies as she engages in an imaginary conversation with the fox.

The blue fox is a character of an ancient Japanese traditional fable, also present in the mythology of the african ethnic group, Dogon. It represents the positive chaos that creates disorder in our lives, makes us question our actions and helps us readjust them, it is the true sense of being alive, the duo revealed in an interview.

The spectacular dreamlike scenario recounted by the sound dynamics is perfectly matched by the superb short film directed by Partel Oliva (we talked about it here), the team of filmmakers and artistic directors in partnership with the fashion house Kenzo. Le Renard Bleu came out last 9th July and it will be released on vinyl for the !K7’s white label in August. In the meantime, listen to the EP and watch the movie. We already know it’s going to be a collector’s item.