We Met Fred Kuwornu And We Talked About His Past, Present And Future Projects 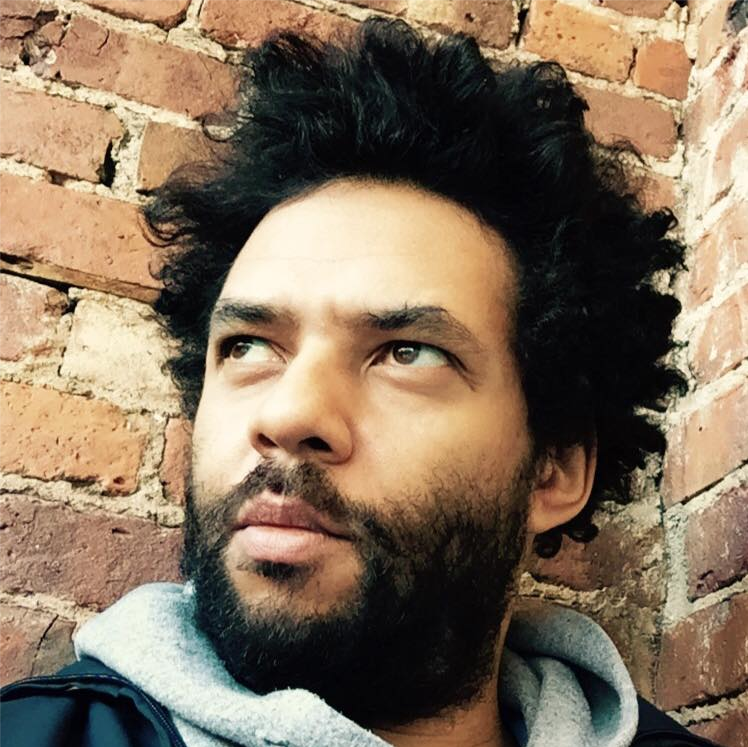 Shortly before turning 18 my mother told me, “Don’t waste your time. Submit your application for Italian citizenship otherwise you won’t be able to get it anymore.

I did everything very quickly because I thought this was one of those typical situations where your parents want you to follow their word and I didn’t want to hear that old “your cousins have already done it” song and dance. But, above all, I thought it was a mere formality as I was born in the Bel Paese. And so it was.

I never associated it with a lengthy and complicated process faced today by many boys and girls with African, Asian, South American and European roots who have only one year to “become Italian”. Though they were born and raised in Italy they often fail to obtain citizenship and this raises issues of social inclusion and national identity.

We met each other right after the New Year and we talked about his past, present and future projects.

Before producing 18 IUS SOLI you worked on the movie “Miracle at St. Anna” by Spike Lee. After that experience you founded the Do The Right Films Entertainment and produced and directed “Inside Buffalo”, an award winning documentary that better investigated the unknown story of the 92nd Infantry “Buffalo Soldiers” Division, discovering the paths taken by the real 92nd veterans, the all African-American segregated combat unit which fought in Italy –and Europe- during WWII to free Sommocolonia from the invasion of Nazi troops. What can you tell me about this experience?
It was a wonderful experience because thanks to people older than 83-84 years-old I came to know moments of shared history I didn’t know before. It was a truly unique experience because I had the chance to talk to ordinary people about their life in the 50s, 60s, 70s. People who had been part of the Civil Rights Movement, people who changed many things. I was very passionate about this. Unfortunately these people are gone now. Only Joseph Hairston is alive.
https://www.youtube.com/watch?v=DbmUZSkVjIA
You received two letters of congratulations from President Obama and President Clinton. Furthermore, many American universities, among them Yale, have invited you to screen the documentary and give a lecture. How do you feel about it all?
It’s a positive feeling, you know, when you receive congratulations for work that is both institutional and artistic. I mean…it does not always happen. Clinton is strongly bound to this story because he played a significant role in 1997 when he awarded the Medal of Honor to seven African American World War II veterans; of these, only Vernon Baker was alive. But the most important thing is the work we are doing in American universities. Not only do they ask me to screen “Inside Buffalo” but also 18 IUS SOLI and other works I produced and directed.

The American university system is more receptive and open to the knowledge even if it’s funny how now it’s easier to bring this story in these contexts when until a few decades ago these facts were not even in their books.

You have recently been invited to screen 18 IUS SOLI at Brown University in Bologna – on that occasion you gave a lecture on multiculturalism in contemporary Italy – and at California State University in Firenze. What about Italian universities? Did you get the same welcome?
Well…unfortunately I did not experience the same welcome. I’ve been never invited by any Italian department of sociology or law. And it’s strange because each year they publish lots of papers on this topic. Only the Department of Education in Genova– Scienze della Formazione – invited me.

But let me tell you another thing. A paradox. Some years ago I was invited by Oxford University and in that occasion they screened the documentary. There was an Italian sociologist who in that situation praised my work but never invited me to Milan. So…In Italy I haven’t had the same regard I’ve received internationally. Nevertheless I’m pleased because many graduation thesis and research projects covered the documentary.

Another interesting thing is that abroad – USA, Canada, Australia – Italian multi-ethnic society is a subject taught by Italian language professors.

You are now working on three projects: Blaxploitalian, an upcoming documentary that explores the history of actors and actresses of African descent who have contributed to Italian cinema; a biopic on Afro-American-Italian musician Gaetano James Senese, who worked with Pino Daniele; Fuori Piove, dentro pure, passo a prenderti” (Mondadori), a movie based on the book of Italian-Angolan author Antonio Dikele Distefano. What stage are you at now?
Blaxploitalian, we are still continuing to film and edit it, and we are at about a good 70% of the work, even if I decided to change some things in editing and the structure of the narrative. I believe that we’ll first present here in the United States. We’ll try a few festivals in Italy.
https://www.youtube.com/watch?v=cg8nqvpJXH4#t=43

Concerning James Gaetano Senese, we’re looking for some sponsors to then start shooting and it’s the story I’d like to finish within the year because this year celebrates the 70th anniversary of the Liberation of Italy, James is celebrating his 70th birthday (his dad, James Smith, was an African-American Buffalo Soldier that participated in the Liberation of Naples) and then because he founded the Napoli Centrale, a band that Pino Daniele played in as the bassist for a few years. In short I’d like to shoot this project as soon as possible.

“Fuori Piove, Dentro pure, Passo a prenderti” Antonio Distefano’s book is a project that will take a long time, but at the moment it’s important for him because it’s gaining a lot of success and the 5 biggest Italian production companies are interested in it.

Do you feel more like a creative or activist or do you think the two go hand-in-hand?
I feel like a creative person but between the two, if I had to choose, I feel more like an activist. But let me be clear, activism that’s trying to build something, something to bequeath to society. Activism without decline –ism, because often activists don’t propose solutions or alternatives to what could instead be changed.

Italian mother. Ghanaian father. What relationship do you have with Ghana?
I have an almost a nonexistent relationship with Ghana. I never had, until a few years ago, a real interest in learning more about the country, which I’ve had for some time now and I’m trying to understand some things because in the next few years I’d like to divide my time between the United States, Italy and Ghana.

Thank you Fred. When will we see you around these parts again and for what occasion?
I’ll be back in April for another screening of “Inside Buffalo” at the Settimo Milanese and in May I have been invited by the New York University to participate as a panelist at the conference-exhibition that takes place in Florence: “Black Portraiture[s] II: Imaging the Black Body and Re-staging Histories.” Fred Kuwornu was one of the panelist of Afro Italians in The Arts Today, an informal round table developed by GRIOT for the American Academy in Rome.

The conversation considered the accomplishments of four Italian creatives – Fred Kuwornu, Stella Jean, Wintana Rezene, and Antonio Dikele Distefano – in various fields, assessing at the same time their status in an Italy transformed by immigration.