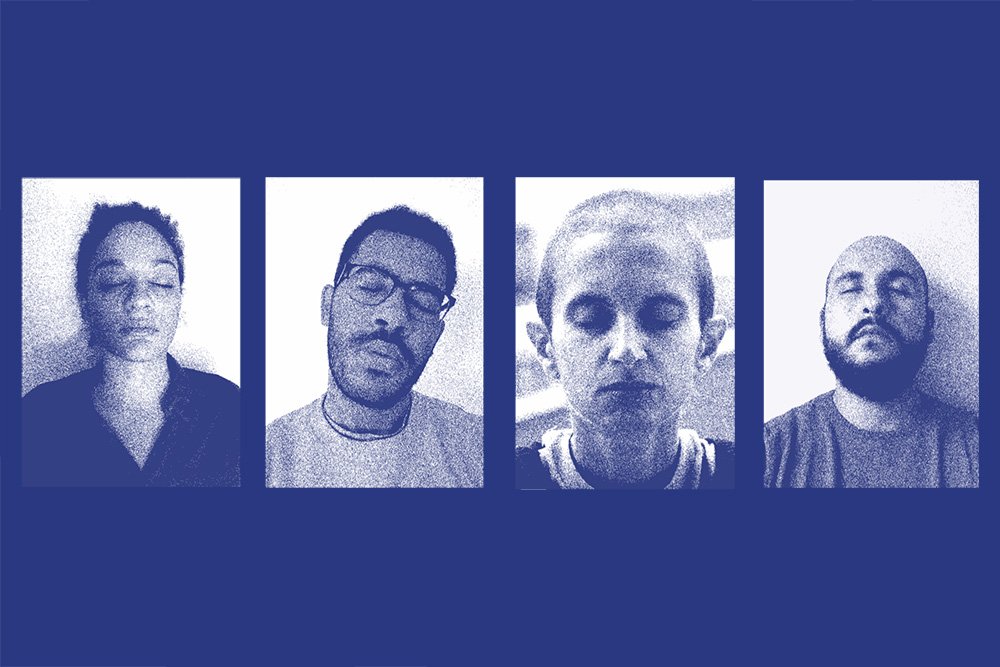 Feed the memory, strengthen the memory, transmit the past, present and future memory. These are some of the watchwords of (Memorie) In Ascolto, the project realised as part of the festival Futura Memoria  and the Rome Council – SIAE’s initiative Contemporaneamente Roma 2019 – Contemporary Rome 2019.

(Memorie) In Ascolto is a site-specific installation curated by Johanne Affricot, which puts the local market right at the very centre. Lively, filled with voices, experiences, relationships, it is place where passers-by will undergo the –spontaneous or prompted– exercise of (de)constructing, (re)constructing and transmitting memory in an individual and/or collective shape, while stimulated by the encounter with one another in which the materiality of the encounter runs through the real and the virtual.

On 23rd November the Iris market in Centocelle, Rome, was inhabited by a sound and video installation made of five screens located in different areas of the space. The installation’s protagonists are five musicians: Clavdio, David Blank, Mudimbi, Technoir, Vhelade.

On 25th and 26th November, the limited edition GRIOT/LIT fanzine, titled (Memorie) In ascolto, was distributed at the Iris and Villa Gordiani markets in Rome. It is an original project, a stream of words and images crossing time, places and people. Four modern pilgrims—Eleonora Chigbolu, Louis Fabrice Tshimanga, Claudia Galal, Livio Ghilardi—walk through intimate lands, they get back and dress old and new, physical and mental spaces. Their memory manifests, opens doors which stimulate inner listening and external exploration, triggering processes of (de)construction, sharing, recognisability and discovery of the collective and the individual self. The four short stories were interpreted by their authors in a reading performance which started and repeated like a loop any time the audience sat down to listen. In Hunger [La Fame] by Eleonora Chigbolu (b. 1991, Rome), the author explores the mythical period of childhood, the birth of a wish in its different forms, and the sense of absence, giving us a familiar memory. She talks about the rising internal conflict created by the contrast between living in a suburban neighbourhood and having a middle-class standard of living. Furthermore, she thinks about the meaning of wishing, as in moving from one place to another, suggesting how important it is to bring back childhood for a full understanding of the present and the future.

Looms [Telai], by Louis Fabrice Tshimanga (b. 1993, Rome), is a monologue directed at the reader. It’s a stroll across past events, a seemingly random exploration through the scenes, repeated images with reflections of the present. It recounts the act of wandering without a destination in a city that is actually familiar, accompanying the reader through some thoughts, introducing them to a personal reflection and a dialogue in which the foundation of something common and shared can be lain.

In The exercise of waiting [L’esercizio dell’Attesa], Claudia Galal (b. 1981, Urbino) finds herself formulating thoughts in the waiting room at the ophthalmologist. A self-analysis which goes through physical marks—a scar, wrinkles, stretch marks—and body parts in order to recall feelings and memories of the past, but also to interpret the emotions and moods of the present and decipher hopes and expectations for the future.

In On Tram 3 [Sul 3] Livio Ghilardi (b. 1991, Bari) ends up on the tram 3, in Rome, a city where he finds other origins in a more thorough way becoming more aware of himself also thanks to the encounter with a person that has similar personal and family history. The capital’s streets become the excuse to walk through the world reversing clichés. A journey across city, continents and relationships inside the mind of the protagonist on the rail track of a tram. At the end the sun comes out.

Saturday 23 November from 11am to 1pm

Register, get involved and spread the word

Futura Memoria, at its pilot episode, creates an open container that aims at acting as a sounding board of themes and issues in which the artistic instrument can–on one hand–help retrieve the truth of the memories of a past that can be said to be authentic, and on the other to make them present, in order to spark a debate that reverses the principles of north and south, of black and white, of old and young, to give an archive of our artistic present which is able to speak free of value judgments to the next generations.

‘(Memorie) In Ascolto’ is curated by Johanne Affricot, produced by GRIOT and the cultural association LIT. ‘Futura Memoria’ is an art festival produced by Associazione Spellbound with the artistic direction of Valentina Marini.