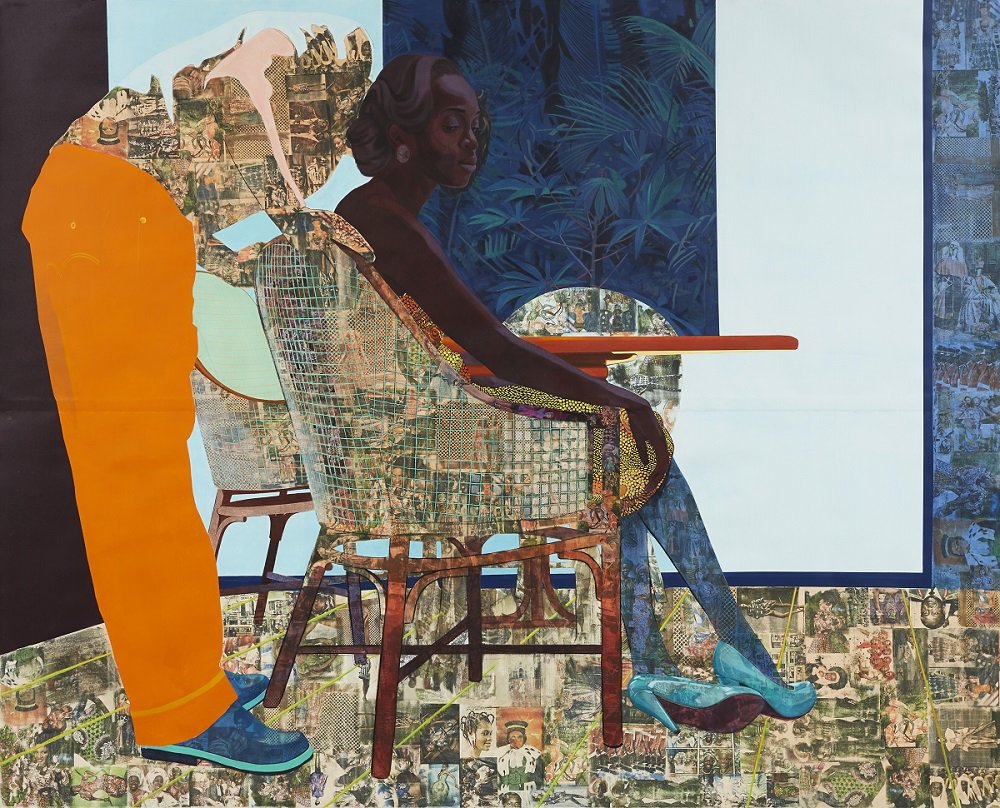 The Venice Biennale of Art, popularly La Biennale returns on Saturday May 11th and runs until Sunday November 24th 2019, at its traditional venues in Venice. The 58th International edition of the International Art Exhibition, titled May You Live In Interesting Times, is curated by Ralph Rugoff and organized by La Biennale di Venezia chaired by Paolo Baratta. Featuring 90 national participants in the historic Pavilions at the Giardini, at the Arsenale and in the historic city centre of Venice including Ghana, Madagascar, Malaysia and Pakistan which will be participating for the first time, as well as The Dominican Republic which is for the first time at the Biennale Arte with its own national pavilion.

According to Rugoff, the director of London’s Hayward gallery, the title of the Biennale derives from an ancient Chinese curse that has been told and retold in the UK, especially in times of political and or economic crises. “In a speech given in the late 1930s, British MP Sir Austen Chamberlain invoked an ancient Chinese curse that he had learned of from a British diplomat who had served in Asia, and which took the curious form of saying, ‘May you live in interesting times’. Chamberlain is said to have observed that said curse had fallen on the UK: “We move from one crisis to another. We suffer one disturbance and shock after another.”

Rugoff contends that Chamberlain’s diagnosis has acquired an uncanny familiarity today, as the news cycle spins from crisis to crisis. Indeed the curator is keen to remind us that there never was any such “ancient Chinese curse,” despite the fact that Western politicians have made reference to it in speeches for over a hundred years. Rather, the crisis prone Europe has employed the phrase as an ersatz cultural relic with “real rhetorical effects in significant public exchanges” which is not entirely untypical for European politics and rhetoric across history.

As far as art is concerned, the curator sought include artworks that reflect upon precarious aspects of existence today, including different threats to key traditions, institutions and relationships of the so called “post-war order.” Even so he is quick to acknowledge at that art does not exercise its forces in the domain of politics. While this statement in and of itself is up for discussion, one can agree with Rugoff that as it would be wildly unrealistic to expect Art to “stem the rise of nationalist movements and authoritarian governments in different parts of the world” or to “alleviate the tragic fate of displaced peoples across the globe (whose numbers now represent almost one percent of the world’s entire population)”.

Admittedly, art definitely can “be a kind of guide for how to live and think in ‘interesting times” for Rugoff.  It is perhaps for this reason that the curator has only included living artists in the exhibition breaking with common praxis at exhibitions of this scale. That said, the 58th International Art Exhibition will not have a theme per se, but will highlight a general approach to art making and celebrate art’s social function as embracing both pleasure and critical thinking. The art exhibition, accordingly, has been designed by the curator to focus on the work of artists who challenge existing habits of thought and open up our readings of objects and images, gestures and situations.

For the first time in its history, the biennale will also be hosting a highly anticipated performance series featuring Zadie Xa, Vivian Caccuri, Alex Baczynski-Jenkins, Paul Maheke & Nkisi, Florence Peake & Eve Stainton and Victoria Sin among other artists in the opening week and a host of longer performances in the closing week in November. The announcement of a performance series came hot on the heels of the overwhelming success of German Artist Anne Imhoff`s Faust at the 2017 edition, which won a golden lion, even as Rugoff needed to source money for the typically expensive performances elsewhere.

Ultimately, for the curator, the Biennale Arte 2019 aspires to the ideal that what is most important about an exhibition is not what it puts on display, but how audiences can tap into their experience of the exhibition later to confront everyday realities from a new perspective and with fresh energies. It remains to be seen whether all of these promises will be fulfilled, and what the national pavilions have in store as far as “interesting times” are concerned. It is at the national pavilions that the art/politics nexus will be put to the ultimate test.