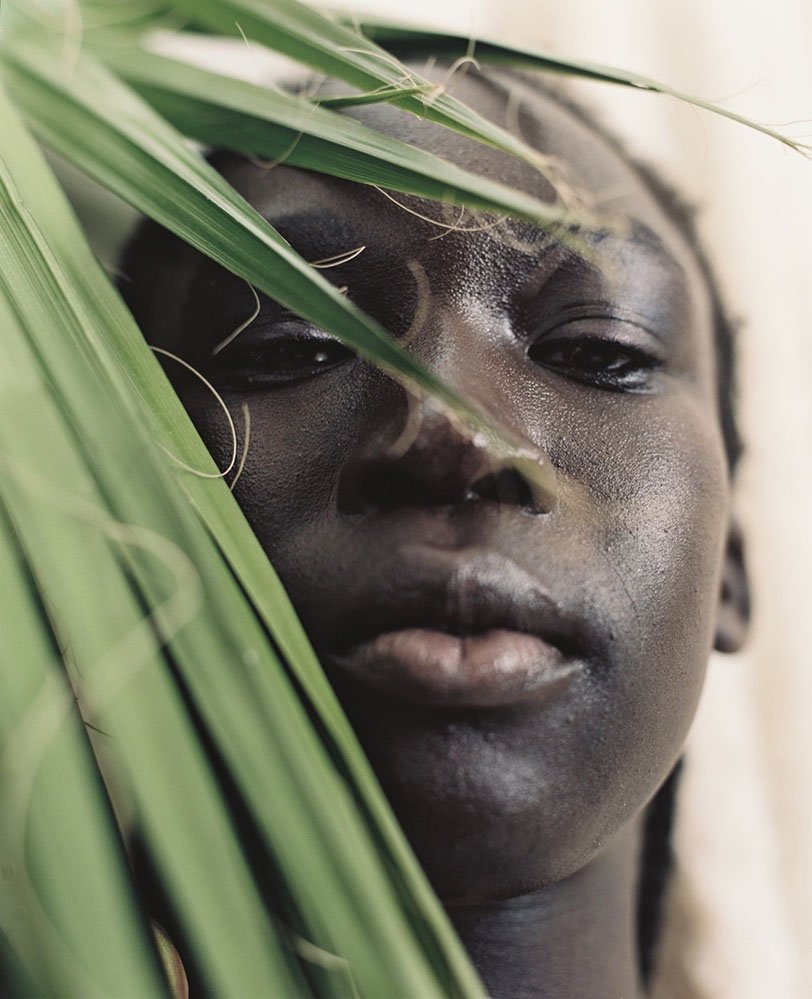 Everybody is talking, constantly. In the era of informational double standards, the fittest survives, the end justify the means and mics are always switched on, though common sense seems to always be switched off.

Political incorrectness, demagogy, rudeness and public humiliation have outdone what was left of the rhetoric and constructiveness of the art of debating, because – at the end of the day – whatever you say, you can always apologise.

Many may think words have lost their weight and meaning, well, we don’t agree. Nor does Marie Gomis-Trezise, art director and founder of the gallery Galerie Number 8.

GRIOT: When and how did you come up with the idea of Galerie Number 8?

I had the idea for a very long time. I used to work as Artistic Director in the music industry and was involved in developing both music and image for artists. Over the years I really got sucked into the visual side of it and later on became a creative fixer scouting stylists, photographers, directors for various projects. I think that’s when my search for talent and beautiful visuals turned into a sort of acute OCD  – I am joking about it, but it’s not far from the truth… So I had to do something about it  !

It’s a very exciting and inspiring time for arts, particularly for photography and even more particularly with african photography. I really felt the need to get involved with artists who offer a contemporary take on cultural identity, diversity, away from the postcard cliché. Creating Galerie number 8 is a way to share that vision. The gallery launched a month ago.

How would you describe the relationship with the artists you represent? Do you do some research? How do you create the connections?

At the heart of it is Africa. But I think it became something else.Maybe the view is that of being an outsider … On one side I have artists from the african diaspora: Campbell Addy, Justin French, Ivan Forde, Léonard Pongo, David Uzochukwu are all born and raised outside the continent, they are all as much british, americans, guyanese, belgian or austrian, as they are africans… They all communicate that kind of dual identity of being African and something else thru their works and I totally related to that as a french born senegalese.

On the other hand you have Héctor Mediavilla and Nicolas Henry respectively Spanish and French; both spent a lot of time in Africa, and you can feel their passion for Africa, one documenting it and the other by creating a fantaisy world, which again relates to me with my rediscovery of Africa and how my fantasy was confronted with the reality of the continent – sometimes harsh, but also very dynamic and hopeful.

What’s your definition of  “aesthetic” and “diversity” ?

My definition of aesthetic is something beautiful that makes you tick, makes you think, touches your emotions, connects you with your feelings or thoughts of the moment or of a particular moment in time. For me diversity is a little more complex than the main stream media interpretation. Diversity is the celebration of differences. It’s so important to look at one another in a positive way. That’s what I am embracing with Galerie Number 8. Diversity is everything. We are going to live in age of sharing of that’s what future holds.

Nowadays after Trump’s victory, it’s even more important to raise your voice and “pull down the walls”. Are you considering the idea of expanding the project and getting more artists involved?

Pulling Down The Walls online exhibition was clearly motivated by the US campaign. Looking at the gallery collection I thought it would be interesting to link the political take of some artist with the more poetic, empowering, ficional vision that some have, in order to create a visual journey from dark reality to hopefull scenarios.

Overall, I think the post US election results were a big shock and very emotional for so many. But the positive side of this outcome is that it amplified that conscious awakening movement happening worldwide. And yes art be it photography, painting or music are great vehicles to raise and galvanise the voice of consciouness. And the activist in me is absolutely down with this direction.

Right now Galerie Number 8 collection is work in progress. My aim is to explore other topics related to our society, not just politics, to welcome some more talent on that journey, and to develop collaborative projects between artists of the gallery.

In your opinion, why did Trump win the election?

Honestly Bernie should have been the Democrat candidate. He should have won it! He was/is the voice of disappointed people who have no more trust in the establishment that Clinton represents, people who wanted change. It was so inspiring to finally hear someone talking sense, inspiring young people to engage and be part of the change. It’s such a shame he was not backed by his party to go all the way.

Trump also rejected the establishment but his voice was very ugly. He won by manipulating peoples insecurities, by pointing fingers and fed his campaign with fear and divisions. He reassured both racist white america, who felt underrepresented and the ignorants impressed by his success story or his tv celebrity status who think he will get the job done. Terrible!

It’s not a secret: some European politicians agree with Trump’s statements about migrants and immigration and after his victory it’s all about walls and barriers.  You were born and raised in Marsilia and as a kid you moved to Paris and then to London. Have you ever had to pull down some barriers while growing up and living in these three cities?

Yes, most definitely, in each of the cities but in completely differents ways.

I was born, raised and grew up in a project in « Les Quartiers Nords » – pejorative way to call this working class area –  in Marseille. Over there it was all about being proud of where you come from but not being stuck in the project. Being black did not offer much job prospects. So thanks to the hard work of my parents, I got a good education – on the other side of town – and I was able to spread my wings.

Later, in my early twenties – I am taking you back in time, in the early 90’s –  I ended up working as an a&r for major record companies in Paris, which was incredible fun, incredibly dynamic.

It allowed me to bring my culture into my job and I was able to sign some hiphop artists/djs. I was lucky. I had a successful career. But I did not take away from the fact that I was one of the few black people in a company of hundreds of people and they did not know or understand my culture.

I definetely felt isolated. I used it to my advantage but it was strange being in that city not having any fellow black people doing what I did, because I think when you are in a record company, a woman in a record company, you need to have a good support structure. And that was possibly harder for me to get. I am not complaining… That’s just part of the journey.

London is like no other place. It’s an incredible city, and it is as multicultural that you gonna get ! People get on, get on with business. I did not feel isolated…I felt people treated me as a Londoner… I have lived and work and London twice at different period of my life… Both experiences were brilliant.

Pick a piece from artists in your exhibition and tell me what are your thoughts and feelings about it.

I just love the feeling of togetherness of this image, for me it is a symbole of support and unity… And it’s finally something real and dynamic within the black community. This image says it all: a suffocating black man, standing tall. The Unwilling Martyr is a very powerful series. Justin is great at delivering picture that look simple but are yet sophisticated. Ivan is a great storyteller. His imagination fills me with joy. This image is from The Epic Of Gigamesh series taking us to a kind of Afro-Mythology era… To me this picture is the old fashion adage “You can tell a gentelman by his shoes ” Also that step is one of a proud man. Untitled (2011) from ‘The Uncanny Series‘, by Léonard Pongo I discovered David and his conceptual portraiture with this image. I think my feeling at the time was “Wow!” Stunning photo. And the boy is only 15 !