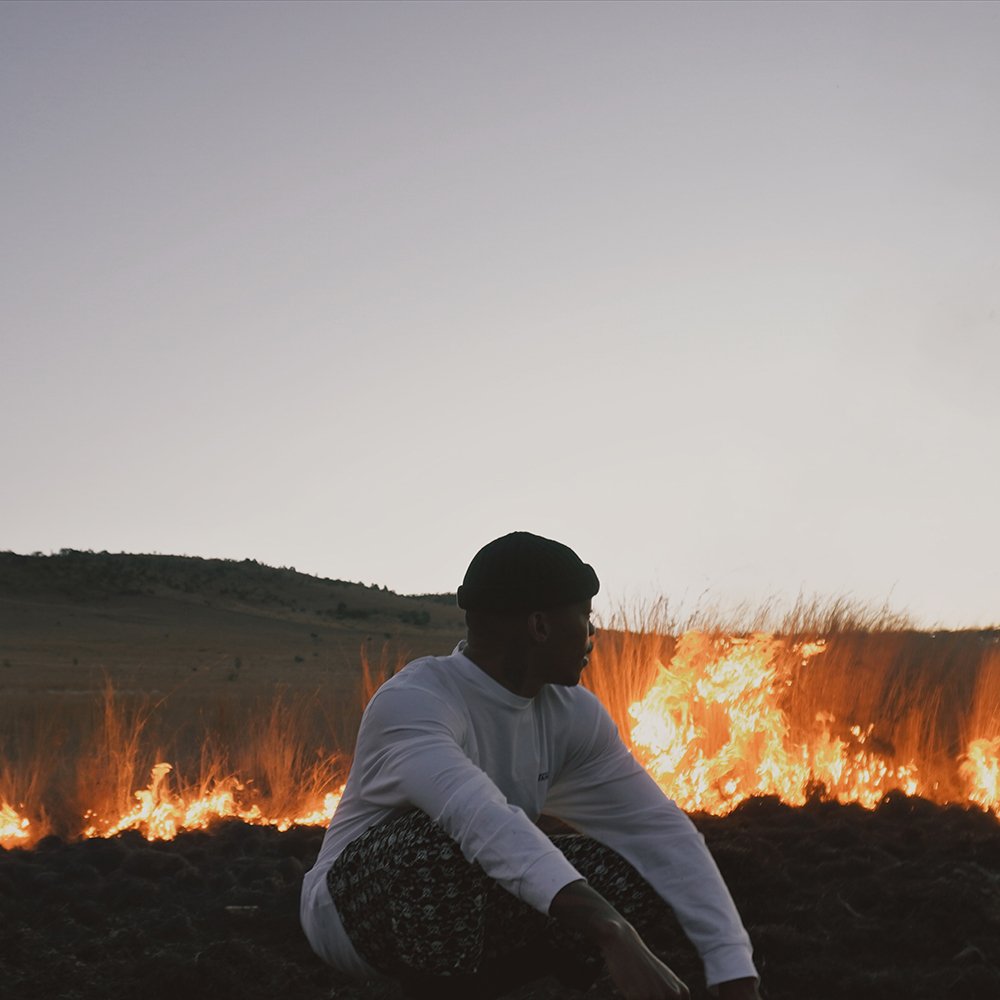 Mama EP - All the images, Courtesy

Muzi, the 29-year-old South African musician-producer making waves across continents was dubbed “golden boy” when he entered the scene for the lightness and funk of his music. However, Muzi’s journey started long before his appearances on the world stage, in the township in Empangeni, some 140KM north of Durban, where he first started to envision his place in music. Bolstered by the support of his mother, and soaking up the sounds of the time, his roots have consistently played a significant role in his music. This is most obvious in his wide-ranging blend of music influenced by urban and electronica with a host of South African genres like Maskandi, Kwaito, Iscathamiya and Bubblegum Pop of the 80s and 90s.

His 6-track EP titled ‘MAMA’ which drops on October 2nd, is an earnest dedication to his late mother, MaKhoza: an exploration of the stages of grief, and the intense conflict of emotion that follows the loss of a loved one. But in MAMA, Muzi emerges even stronger, and lighter, fire-charged by his late mother’s legacy, inviting us into his most difficult creative process yet. GRIOT spoke to Muzi about how the EP came about.

GRIOT: How long have you been working on MAMA?

Muzi: My Mum passed away in the second week of January. I couldn’t create for a while, but then it all started coming together around March, I finished it in August.

How did you experience the making of MAMA?

It was an organic process, because I didn’t think that I was going to be able to make music like that again. I knew that I wanted the first music to come out to be about her, but though this EP emerged organically, it was very hard to make. I am still trying to make sense of everything. Sometimes as I wrote the lyrics down, it brought healing, but other times it brought more pain, because you are digging deeper into yourself. It was very hard, I won’t lie.

MAMA is a beautiful project. One sees the references, especially in the title, but it’s not sad music. The project conjures very intense feelings without prescribing  how the listener should react.

Thank you. I like making music that feels positive, even if it’s actually quite tense. I don’t want to make something that would make someone who has gone through a similar experience sink deeper. I wanted something that could help me and others as well. As intense as MAMA is, it is still very open and light. My  sense is you do a lot of research into sounds, genres, beats etc. I hear a lot of very familiar music genres in your work, but they blend in well. I grew up in Kenya on a lot of the sounds you reference, the 80s, 90s music. Could you take us through some of the stuff you are referencing in MAMA and how that came about

When I went to Kenya, it hit me that I needed to mix all of these things. The borders on our continent make it seem that we are so different. We do have differences but there’s a common thread, and I felt like I could join that thread through my music. When I was in Kenya I would go and see traditional drumming and stuff, trying to think about how I was going to absorb it in a digital way into my music. Kenya probably saved my life musically if I’m being honest.

Some other genres, like the 80’s dance scene in South Africa, Ghana, etc also intrigue me. People were getting their freedom and they were making music that reflected that: music that was happy. They were all young and they were coming of age and finding their place, I reference that feeling a lot. I also always try to find tribes and fuse those influences into my music, and then I’m also influenced by electronic music like house, so I add that to it as well, but I also love hip hop so I add a bit of that too. It’s just a true reflection of what we are as modern African kids, some of us grow up in Europe, some of us live in Europe or the US, you get to absorb all these things. My cup is always half full of African tradition. I add all the other stuff on top of it.

For Non Zulu speakers, which themes are you exploring in the lyrics of this project?

All the songs talk about the different stages of grief in a way. Don’t Let Me Go is like I’m not accepting that she is gone. In I Miss You, it is starting to sink in because she is no longer calling. You then go into Believe, where it’s like: now I’m down because I don’t believe in myself, she is not here to support me. In Beleive there’s a lyric that goes ‘hoping that the good times swing by again’- so Mama Dance is like that good time, where I remember her dancing, enjoying and playing all this music for me. In The Calling I’m talking about ancestors, so like when my ancestors called her, I’m saying ‘they are calling you so you have to go’. The last song Makhoza is more like me accepting, and then it goes into that epic thing at the end that’s orchestral and big. At the same time, I still feel like the world is moving and I’m stuck, people are getting on with their lives but I’m still here. Is there something you tried for the first time in this project that you had never tried before?

Yes, I tried using a vocoder on Mama Dance. I’ve always tried before but I think I got it right this time. The way I sang on The Calling was also new for me. I was crying when I was making it, so I just went on the mic and freestyled with words that came to me. When I was done, those lines that were there were the lines that I liked, so if you hear my voice cracking just know that I was recording while in tears. I wasn’t really thinking about trying new things, it just came out of me.

I don’t make projects that sound the same, I always try to move forward that way. Don’t Let Me Go is my best attempt at 80s disco (hums the tune). I think it’s my best attempt at that sound. I was pushing myself creatively because I was still treating the project as if it was something my Mom was gonna hear, because she would always say ‘I hear where this is coming from, I remember playing this and that.’ I needed to make it of high quality, to push my own boundaries.

…also being accountable to the original sound that people know.

Yes so that I don’t disrespect it. In The Calling I’m mixing Zulu stuff with things from other African countries. I tried to do this in a way that honors all these musical  influences.

I think you succeeded because I instantly recognized the horns in The Calling, and was wondering when you were in Kenya

Coz it’s us, yeah. Thank you so much.

When you reference all of these genres and classic sounds, how have your family, your fans and the musicians who were active in those periods reacted?

You know how families are. Families are just like “you do your thing we know you are crazy” you know what I’m saying? They don’t really understand what you are doing but they support you. Other musicians have been supportive, and I think my referencing lets them know that they were doing something real. The music industry has this thing of saying that your time is up. But what if you made timeless music?

It’s my mission to help us not forget where we come from so that we can use that to continue living in this world and not always have to think of Afrofuturism and the future. Maybe we need to take all the good things from the past, and use that to make us better now. Generally, the reception has been great, it has been really cool.

In my own lane that’s what I wanna do, connect the dots between Zulu and the Maasai, and see what we come up with musically, because essentially we are one.