Malick Sidibé | Farewell To The Photographer Of African Renaissance 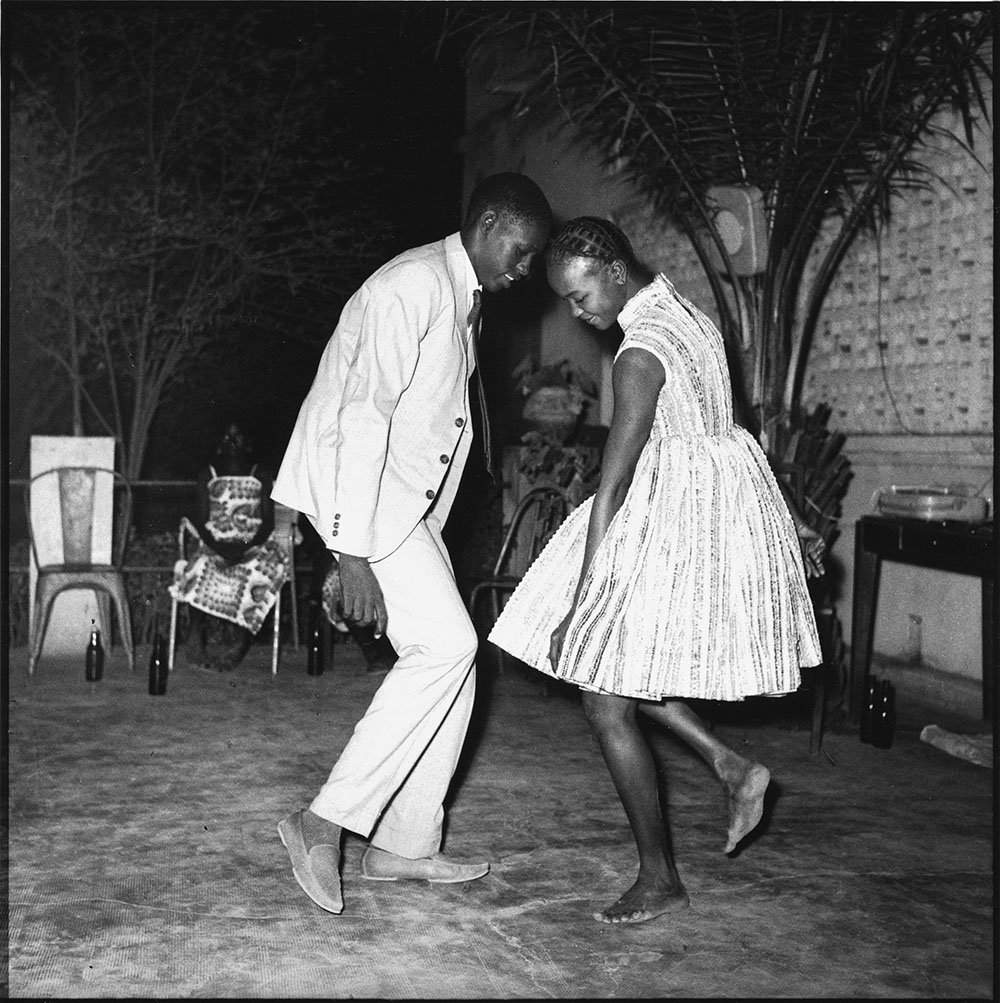 Malick Sidibé passed away yesterday April 14 at the age of 80. Some years ago I happened to find some of his shots and it was love at first sight. Images that today still awaken in me a feeling of freedom, gleefulness, and carefreeness that permeates through his black-and-white series of people back in the 60’s.

Family portraits, group photos, young barefoot couples dancing during a Christmas celebration or a disco party wearing their best dresses or young apprentices learning to fix a motorcycle. All images that document the social and cultural renaissance of Malian society, captured in its full pride and joy. “I wanted to be the photographer of happiness,” Sidibé once revealed. And he succeeded. He was able to portray what enjoying life means for everyone. To capture his people’s desire to get out of that psychological and physical cage that the colonization was. A cage that weighed down their minds and bodies.

It was 1960. Mali had just gotten its independence from France. A few years before, at the end of the 50’s, rock’n’roll, twist and cha cha cha entered the lives of people who spontaneously embraced them the way a mother hugs her newborn who just came into the world. In Bamako as in New York and London. In Paris as in Rome or Pechino.

Bamako’s nights enshrined all of this euphoria. The boys formed clubs to impress the girls: the Sputniks, the Wild Cats, the Black Socks. “We were entering a new era, and people wanted to dance,” Sidibé said in an interview. “Music freed us. Suddenly, young men could get close to young women, hold them in their hands. Before, it was not allowed. And everyone wanted to be photographed dancing up close. They had to see it!”

Sidibé became very popular, so in 1962 he left the studio of Bamako society leading photographer Gerard Guillat [Gégé la pellicule or Gégé the Film] to open his own studio. “He didn’t teach me how to take photographs. But I watched him and I understood how to take photographs. I did the African events, the photos of Africans, and he did the European events – the major balls, official events. He did that. And I did the events for Africans.”

On weekends Sidibé cycled from one party to another, up to four parties a night. “If there were only two, it was like having a rest. But if there were four, you couldn’t miss any.” Then he went back to his studio to print out 300 or 400 photos because they had to be ready for display by Tuesday. “The proofs were pinned up outside my studio. Lots of people would come and point themselves out. “Look at me there! I danced with so-and-so! Can you see me there?”

He later began making portraits. Family portraits or portraits of everyday people. Full of life and movement, regality and elegance. A sort of ritual I recall very clearly when back in the 80’s, in Port-au-Prince, I used to go in some local photograpy studios to be shot alongside my uncles and aunts, cousins and brother. Mum who dressed me in that red dress and combed my afro to its best because: “we are going to be photographed so we must be beautiful.” Born in 1935/1936 in what was at the time the French Sudan, Sidibé was a peasant child who raised animals and worked the land of his family: “One day I’m going to send you to the white school,” his father told him one day. It was 1944 and a few years later Sidibé without his knoweldge would have become one of the finest witnesses of the African popular culture, a craftsman of the image able to humanize the daily life of a society in its full  liberty and freedom. Malick Sidybe is now showcasing at the Jack Shainman Gallery in New York until April 23rd. A retrospective that celebrates the work of a huge photographer and his country, from the 1950’s to today.