Lidia Carew | The Beautiful Duckling Is Back In Italy 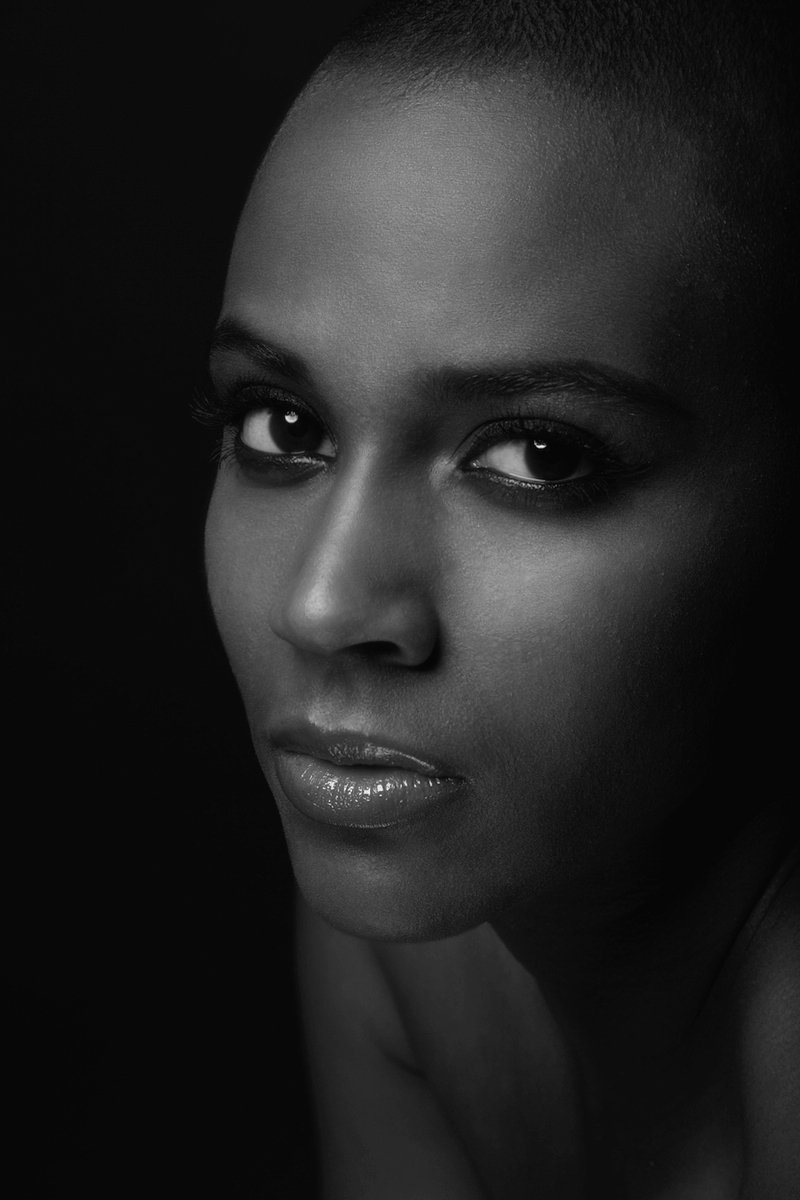 When she’s not in season, she wakes up early, checks her mail, organizes meetings, work aperitifs and dinners and above all posts everything that she does on her Facebook and Instagram profiles – castings, photography, fashion shoots – to assure herself steady stream of work, as she acts as her own agent. Discipline counts for a lot, and she follows a routine that includes a daily workout of 1 to 2 hours, seven days of the week – 6 to 7 hours when she has a show– and a healthy diet of vegetables, protein and carbohydrates, a lot of water, vitamin C and zinc, even if she tells us “it’s not easy to follow when I have a mother who is a restaurateur and I grew up eating Neapolitan cuisine.”

As a guest speaker at the recent TEDx Conference at Bocconi University in Milan, Challenge and Change, where she gave a speech on “equality and perception,” she confessed the joy she felt in seeing the participants eager to share their stories and personal experiences with her. Lidia left Italy for the United States five years ago, in 2007 meeting the dancers of the Alvin Ailey Dance Company, one of the most famous contemporary dance companies in the world.

She had gone to the Arcimboldi Theater in Milan to see their performance and for the first time saw black dancers who exuded pride, boldness and self-confidence from every pore. Feelings she had been looking for for some time and which she found herself getting used to after moving to New York City and becoming part of the Alvin Ailey Dance School. Today her resume includes international artistic experiences – like the box-office hit movie Divergent – and collaborations with world-famous multi-awarded artists, such as Alicia Keys and Kendrick Lamar – she performed as a dancer in It’s on again music video – but it has not been without overcoming obstacles, and going through struggle.

Being black in a community of less than 5,000 people, Palamanova, or in a city like Udine or in seemingly cosmopolitan Milan, for years has effected her life as a dancer – the feeling of not being treated as Italian led her to feel for a long time that she was inferior or inadequate, factors that brought down her true level of performance.

In November 2014 Lidia returned to Italy, and the “ugly” duckling that was became the beautiful swan that is. All her beauty and talent exploding at the opening for the Checco Zalone “Resto Umile” show, then in the Zelig corps de ballet, and now in the Mnais Around dance show, that we had the great luck and pleasure to see on their stop in Rome. After having contemplated a little à la Cicero, I asked every possible question that was running through my head.

I noticed you are super active on Facebook and Instragram and I was wondering if you were without agent in Italy?

I try to post every day so that everyone is updated on what I’m doing, and it gives me more possibility of continuity in my work, both in Italy and the US, so that when I finish up events here and I go back to the states my manager there already has all the necessary materials and information that they need, and we don’t waste time. You know, down time is very dangerous in our field, you never have any certainties, so I try to avoid that as much as possible and stay on my toes.

Percentage-wise, I would say that I get 40% of my work from agencies and 60% via social networks. To give you an idea, my return to Italy was thanks to Facebook, because, although I worked with the choreographer Mirella R from the Checco Zalone show three years ago, I hadn’t stepped foot in Italy since that time.

When did you start dancing and what schools did you attend in Italy?

I started when I was little at my town’s dance school that did jazz. At 17 years old I went to an academy in Milan where I did classical ballet, Cunningham contemporary dance technique, modern, and a smattering of acting that was more theater-dance and music. Then at 20 years old they introduced me to Alvin from New York and there I studied Horton dance technique, classical ballet, tap dance, and a little of afro and hip hop for two years.

How much did your parents support you in you artistic career?

My mother a lot, although at first it was a bit difficult economically to be able to deal with certain expenses. She has always supported me since I started dancing, regardless. My father, a little less because he has more of a “bringing home the bacon” mentality.

But I was so passionate that I even left school and did the last two years of high school home schooled, rather than leave school and follow my passion. And this choice he initially did not like. Now it’s different.

How were you able to reconcile the commitment of training with the life of a teenager, struggling with friendships, first love?

I did not. I was always in a routine where the dance took precedence. When I moved to Milan, where I lived with other housemates, I went out more for drinks and to bars. I was about 18-20 years old. Not before.

In America at the beginning it was always and only ever about the academy. There were some house parties, but also because I was 20 years old, and there you’re considered a minor, so I couldn’t even get into bars. When I turned 21 I went out a little more, but there was always training, and school.

After the Mnais Around experience, how much Italy and how much America are in your future projects?

Ideally 50/50. I have many projects that can be done only in Italy for now – like film and television – while in America I will continue to work with major international artists who maybe don’t work here. At the moment I’m working more in Italy.

Not only dance, but also other arts, cinema and theater – Where would you like to be more involved?

I did something in terms of advertisements, short films, but I do not know the film and theatre environment in depth. But I just accepted a job at the Teatro Stabile di Brescia as an actress-dancer in the play Mephistopheles.

I will interpret the role of the main character’s beloved – so I’ll co-star – and I’ll be on stage every day for a whole month. It’s a step that I want to take and that will enrich my acting and allow me, in the future, to have a more structured approach to acting. I hope this can be useful for the possibillity of television acting.

And what about fashion?

With fashion I had a different approach – right now, being very unusual, with short hair, I participated in several shoots. I’m comfortable at posing in front of a lens because it’s just like dancing – performing on stage – and this I know how to do. Obviously I’m not a runway model – and I don’t want to be. But I like to work for catalogs, advertisements, covers, because there’s a lot of interpretation. They’re not just photos. There’s a whole story behind each shot and you have to interpret it.

There is a depth that allows me to experiment and even if I am asked to do a role that isn’t quite right for me, I try to work with the photographer, or directors until it’s more adapted to me. It’s a little bit of what happened with my character in Mephistopheles.

Lately you’ve gone around a lot to dance schools in the boot, you gave dance classes for beginners – in one of these there was also your first teacher. Speaking of diversity and breaking barriers, do you see yourself as a model of inspiration for future generations of Italian dancers?

I hope I can be a person that people can draw strength and inspiration from. If someone feels threatened by something but, perhaps thanks to my words, or my presence, or my teaching, is able to respond to this threat, to believe in themselves, overcome and archieve what they want or become who they want to be, well…I would be very gratified, because I would have also wanted someone to look up to like that when I needed it.

Last but not least, you told me that you’ve never been to Nigeria. Do you feel that you miss knowing that other half of yourself? Would you like to visit and discover another part of your roots?

Yes. Because I think that it is an important part of my life that has made me who I am. Getting in touch with my Nigerian background I would surely learn a lot of things that unfortunately I wasn’t taught. Obviously it’d be some place to go with my father. It’d make more sense than going there alone.

I don’t know anything about the country, unfortunately. What I know about Africa is about the same as other young Italian people, from what’s taught in school. This is because I grew up with Naples – Italy and not with Nigeria – Africa, and also because when I was little I always felt that I did not want to be associated with black people because I felt they were considered negatively.

So if someone was talking to me and calling me “sister” I would turn the other way and say to myself “I don’t know who you are, and why are you talking to me?” Instead my father, even if he didn’t know them would speak to them as if they were friends, but he didn’t pass this thing on to me and I never knew how to approach those situations.

Getting to know that side of myself would enrich me a lot as a person, an half Nigerian-African girl.