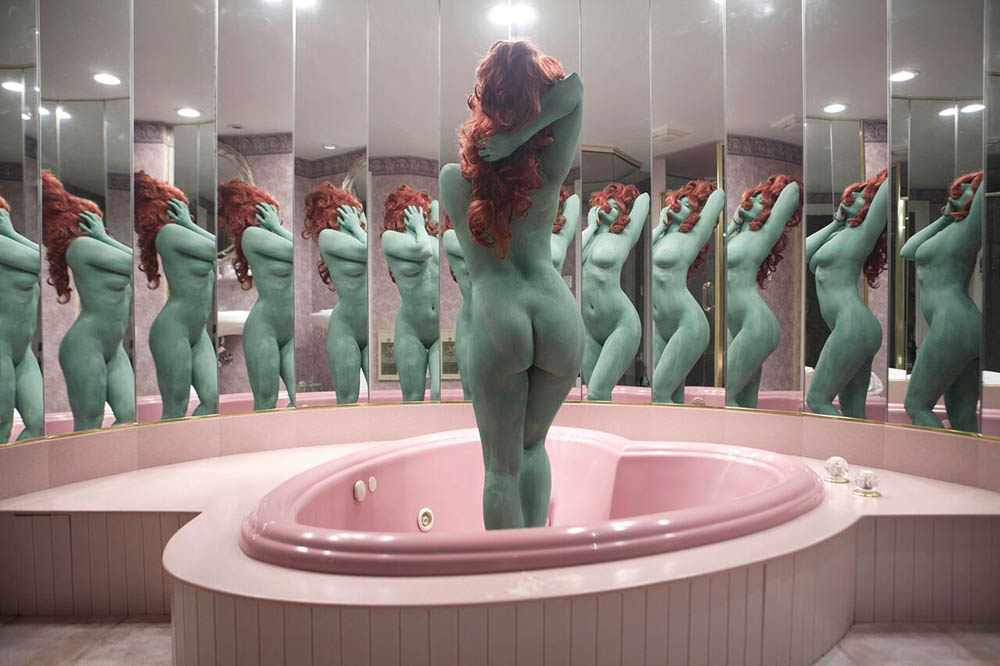 My recent, unforgettable and inspiring five-month journey into Africa led me to both the voodoo festival in Benin and the incredible Nigerian metropolis of Lagos. There, I could not miss the opportunity to visit AAF – African Artists’ Foundation. I passed a large part of my time there observing Azu Nwagbogu – founder and director – and Wunika Mukan – brand manager – working on the seventh edition of the Lagos Photo Festival, which opens to the public on October 22nd at Eko Hotel & Suites in Victoria Island, Lagos.

What is Lagos Photo Festival? Lagos Photo is the first and only international arts festival of photography in Nigeria. In a month long programme, events include exhibitions, workshops, artist presentations, discussions, screening, and large scale outdoor installations in congested public spaces in Lagos.

Lagos Photo aims to provide a platform for the development and education of contemporary photography in Africa by establishing mentorships and cross-cultural collaborations with local and international artists.

It presents photography as it is embodied in the exploration of historical and contemporary issues, the promotion of social programmes, and the reclaiming of public spaces. And this edition will feature thirty photographers spanning seventeen countries, including the work of Italian photographer Lorenzo Vitturi.

According to the curator’s statement, this year theme explores the role of acts of repetition that shape gender, image, identity, social agency, power and social constructs in contemporary society. The repetitive acts imbued with belief become coercive and normative. It shapes our general idea of what is true in determining an African image, gender, religion, beauty, social class and so forth. Michel Foucault’s (1980) conception on the transmissions and representations of power, not just in its ability to contain and control but in its ability to enable individuals to function within cultural roles and allows for alternative self-definitions and self-presentations. Contemporary visual representations directly affect the cultural meanings associated with image construction and interpretation.

The main exhibition is at Eko Hotel & Suites, with outdoor exhibitions in surrounding public spaces and satellite exhibition venues. In arts and cultural spaces throughout the city. These extend  to Omenka  Gallery, African  Artists’ Foundation, Center for Contemporary Art Lagos, Goethe-Institut, A White Space, Red Door Gallery. Miliki will host on October 23rd the film screening Andrew Dosunmu’s Hot Irons  [a documentary which offers a peek inside the world of haistylists by showcasing outstanding ways in which hair can be styled] then followed by a conversation with the well known Cameroonian artist Samuel Fosso and Nigerian-New York-based filmmaker Andrew Dosunmu.

From the works of Gideon Mendel which I had the chance to see in London at 1:54 Art Fair a couple of weeks ago, to photographs by talented artists such as David Uzochukwu, Ishola Akpo, Juno Calypso, Lakin Ogunbanwo, Jelili Atiku/ Tom Saater, Mario Macilau, Fati Abubakar and Kudzanai Chiurai and others.

Here a preview selection of what we will see during the festival.