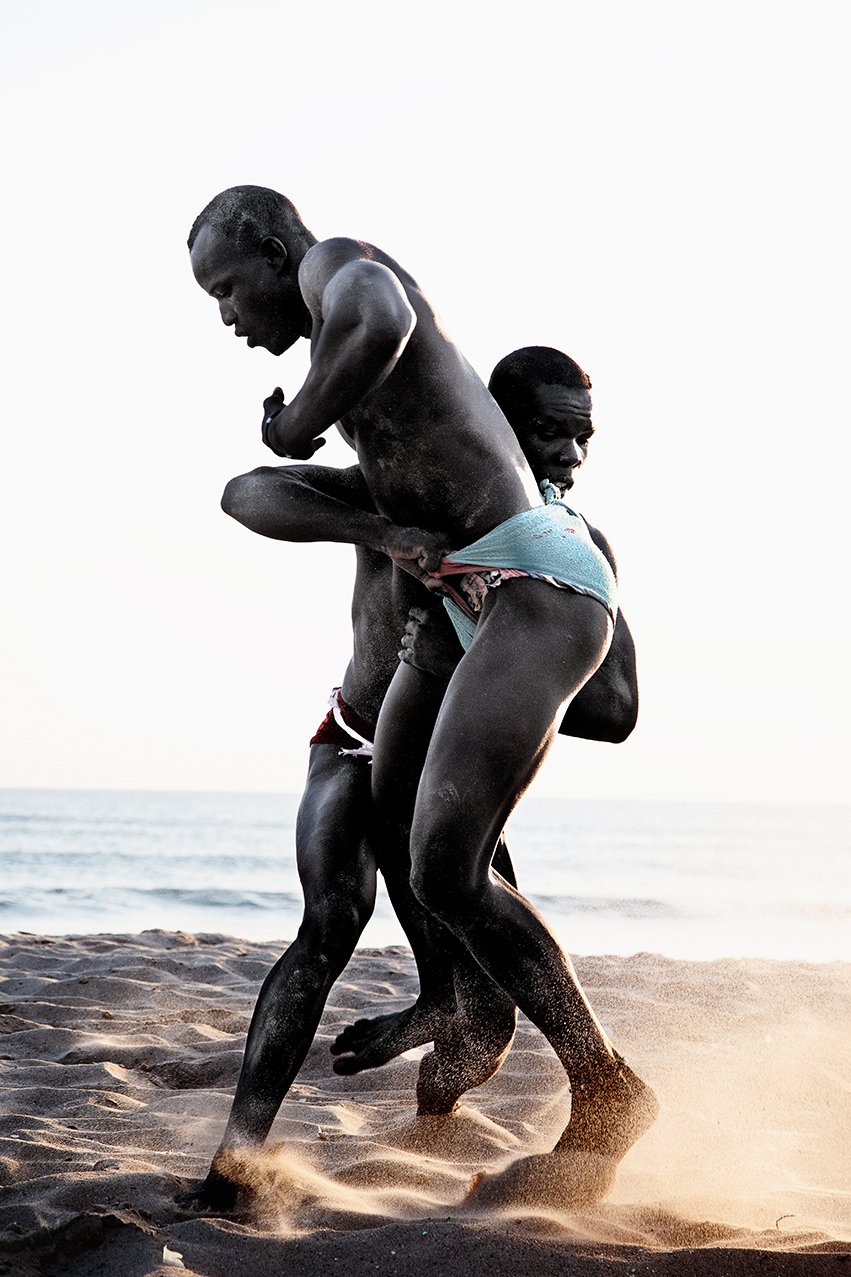 You have probably been in this situation: you’re with a group of friends reminiscing about professional wrestling from the 80s and early 90s and suddenly you’re back, thinking about your childhood heroes like Hulk Hogan, André the Giant, and The Ultimate Warrior, the greats of the Golden Age.

Millions of people around the world were glued to the TV, watching these now iconic wrestling matches.
Wrestling was an entertainment spectacle rather than a sport (and still is), with professional athletes gaining millions of dollars and worldwide fame. But around the world, in places like Senegal, wrestling is a tradition and is still in its Golden Age. It is known as Laamb and considered a national sport, more popular than soccer. It combines Greco-Roman wrestling moves with eclectic pre-fight rituals and dances.

A single match can last a few short seconds, or 30 to 40 minutes. It is a show that not only takes place in the ring but also outside. Between matches, one can witness these talented lutteurs preparing with spiritual rituals and warm-ups, putting on their talismans (gris-gris) and dousing themselves with blessed liquid to better their chances of triumph.

“Years ago combatants used to wrestle for the honor of the village”, stated Malick Thiandoum to The New York Times. But today it has become a way to earn a living for lots of lutteures, and a way to escape poverty. “Young men train to participate in fights with the dream of becoming Laamb champions and millionaires” says Ernst Coppejans, the Dutch photographer that captured these young lutteur training on the beaches in the Yene village. These are normal aspirations if you think that whoever is part of this small élite group of winners, could end up earning more than $100,000 per combat (all whilst fighting only once a year) and moreover are idolized like gods or movie stars. The reality, however, is that the majority gain less than $2,000 per year, or nothing whatsoever.

Coppejans spent almost a month with the young lutteur, attending their matches and observing their fighting techniques, commenting “what I love about this series is that it is all about hopes and dreams. Not many make it as a professional wrestler, but they sure are gonna try. It’s a way out of poverty and a way to a better life.”