KOKOKO! | The Soundtrack Of Kinshasa’s Tomorrow Live At Linecheck 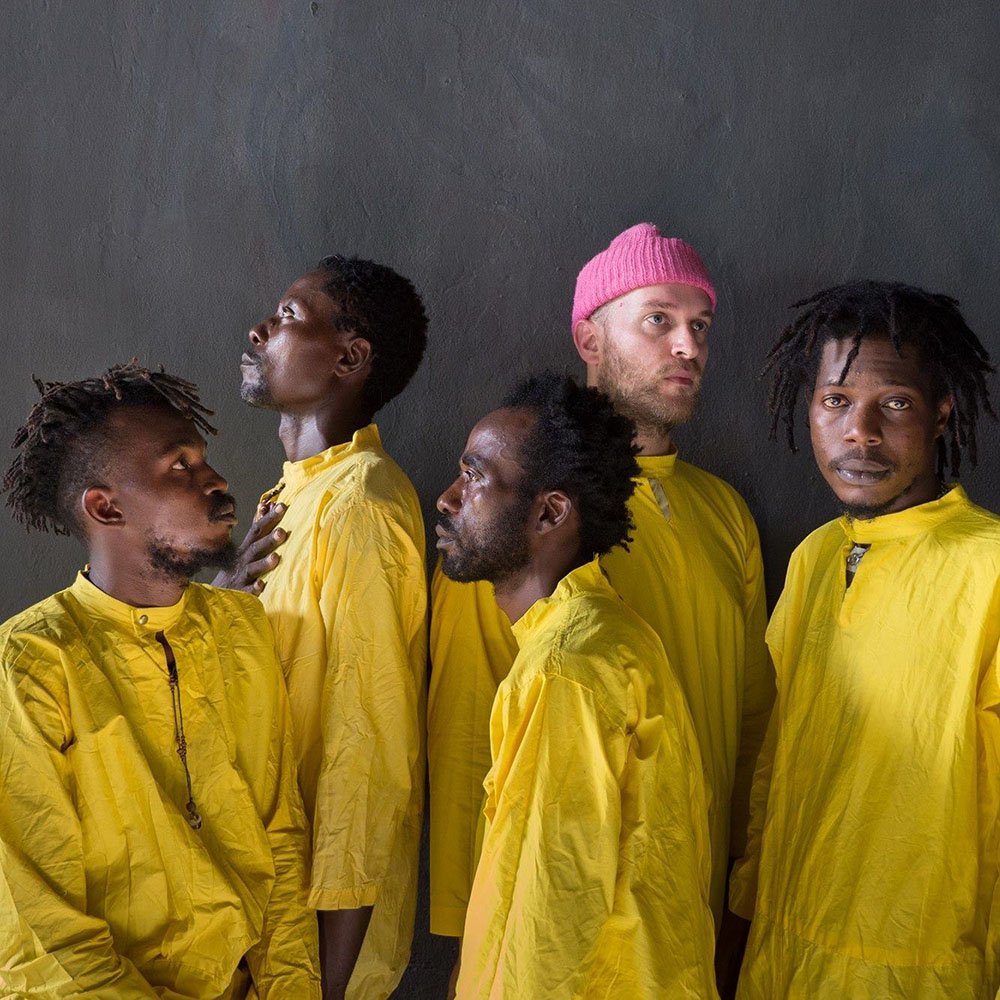 Led by Débruit, the French producer and musical explorer that we all got to know for tracks like “Nigeria What?”, this marvellous project is set to change the musical, artistic and social landscapes in Kinshasa, the city once described as the musical capital of Africa.

“The project started in July 2016 in Kinshasa where we all met. We are different artists and musicians. After a while, getting to know each other and defining an artistic direction, we formed KOKOKO! which means “knock knock”. We are an alternative music band willing to knock at the musical landscapes’ door and to knock harder to come in and show our energy,” Débruit revealed.

Unlike other bands, KOKOKO! consists of very particular musicians. In fact the French artist is accompanied by a psychedelic electronic band which plays bizzare, upcycled, DIY instruments: “There are so many people involved in the band touring now, there are Makara Bianko, Dido, Boms Bomolo, Bovic Mwepu – respectively, singing and playing percussion, singing and guitar, bass and percussions, and drums”.

And KOKOKO!’s aim is very clear, Débruit revealed: “We are aiming at bringing the full Kinshasa experience but centred around the music of course, with art performances, dancers, lights and stage design. We will start working again as soon as we have time, because the project is going forward so fast!

No wonder the project is going well given the fascinating originality of their truly “glocal” approach. After all that’s what the leader and band mentor of the collective is known for: exploring complementary cultural clashes and combining foreign elements that have never existed together before.

KOKOKO! are currently touring Europe, but since its start the project has had a remarkable impact on the music scene in Kinshasa. “People are starting to come out and open up about playing other music than the congolese rimba, which has lasted too long and which young people don’t feel connected to. The electronic music scene is growing with its DIY and electronic approach, there is a big interest in the experimental side of it, so the amount of energy growing around this scene is fascinating. I’m helping to develop a studio in the ghetto at the moment. Kinshasa’s tomorrow is young people and a new scene is expanding, all kinds of arts, and the old rumba elders are finally leaving some space for the youth to express themselves in various ways.”

KOKOKO! Will perform live in Milan at Linecheck Meeting and Music Festival on November 24. You can find more info on their tour dates here.