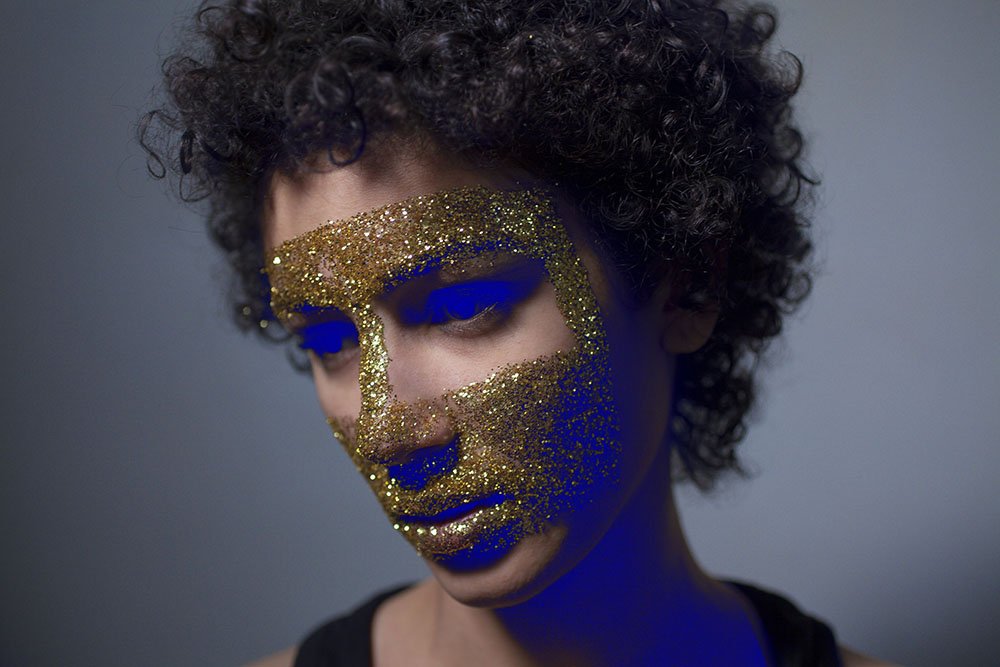 You know that amazing feeling when you listen to a new song and the music just fills you, you need to listen to it ‘on repeat’ and it stays with you even when the track is over. That’s what happened to us when we first listened to the sound of Deena Abdelwahed.

Toulouse-based producer, singer and DJ from Tunisia, she is the rough diamond of the north-african electronic music scene and she fully represents the outburst of innovation, modernity and freedom brought into the european artistic landscape as a result of the Arab Spring. In March she released her debut EP Klabb, an outstanding piece of work which set her to be one of the most original up and coming artist in the electronic underground music scene. This year she performed at Sonar Festival, among other important gigs, and judging from what she told us what we’ve seen so far is just the tip of the iceberg of what her musical talent and effort will bring about.

Deena got into music when she was at university (school of arts) in Tunisia. At the time she was into jazz, r’n’b, soul, she had never studied music nor learnt how to play an instrument, so when she met a friend who was a metal guitarist and started playing with him, they decided to take a jazz master class. “And it all started from there” Deena told us “then I was chosen by a band and through my jazz course I met all the music people.”

Then in 2010 rave parties started happening in Tunisia: “I mean raves as you guys know them: they were illegal, we used to bring our own booze and they used to be in farms with maximum 300-400 people. There was drum and bass, dub… they were sort of copying what was going on in the UK. When I used to sing with the band we weren’t doing any gigs, but just playing in bars, hotels and stuff, so it was getting too comfortable for me and I really wanted to go to the other side, to electronic music. So I fell in love with the whole idea of people just meeting up, perhaps because they couldn’t afford to go clubbing, and I always felt very welcomed at free parties, also because of my ideas.”

At time, Deena was already into electronic music “but it was more connected with jazz music and r’n’b, like J Dilla or Flying Lotus” she revealed “so hip hop, but instrumentally structured and shaped in an electronic way. And also footwork and juke came into my playlists, I don’t know how! It happened and I liked the genres so much I started to research and download tons of music.”

Deena considers herself a geek, she is an autodidact and, as you can tell by listening to her music, she loves to experiment and to give total freedom to her creative flare. That’s how she bumped into World Full of Bass, a tunisian collective of DJs: “They taught me how to dj on Traktor. I just installed the demo and tried to make something out of my playlist. I’m a nerd anyway, I download softwares’ demos all the time, even VJing softwares, anything to spend time! That’s how I’ve been learning everything and it’s the perfect way, the ability to learn by yourself accelerates the pace at which you do things, you get increasingly more familiar with a variety of new equipment as well.”

For a couple of years Deena was involved with a collective organising events, which showcased tunisian artists in Paris called Collectif Arabstazy. When she went to Paris and met Mettani, producer and collective founder, they talked about making a group with two other artists to do live sets improvising together b2b: “It worked for while, we did a little tour and we went around France, Egypt, Tunisia, but then I decided to go my own way and focus on my solo project.”

After we were completely mind-blown by her EP Klabb, released in March on Infiné, we were delighted to learn that Deena is writing new music for the french label: “I’m writing my new album at the moment. I’ve finally given myself a deadline, so there is another album coming for Infiné. I will write this album so that I can make a good live out of it, I don’t know how I’ll get there, but in my mind I’ll write music to be performed on stage, not to just be listened to.”

As a cutting-edge tunisian female producer Deena Abdelwahed certainly represents the generation of creatives that, no matter the many bureaucratic obstacles, is finally starting to emerge. However, in the UK and in the rest of Europe the north-african music scene isn’t as developed as in France: “The main factor is the language” Deena explains “now northern african people are starting to learn English and being comfortable with it, but they are still strongly francophone. Then there is also the bureaucratic aspect: I need a visa to go to the UK and other non-Schengen countries for example. Embassies can refuse a number of nationalities and it happens all the time, even to big artists. It is a huge problem and I hope it’s going to be fixed soon.”

When in 2010 the series of protests and demonstrations gone down in history as the Arab Spring shook North Africa and the Middle East, it acted as a strong catalyst for the artistic awakening of many people: “Artists definitely gained confidence in themselves because as far as I can remember in cinemas, for example, there were movies but many didn’t get approved because of the censorship. People couldn’t just buy art in Tunisia, it was all processed by the ministry of culture. They would do some kind of auction and put out only the people they knew. The power of the government over little things like this led the art community to rely on themselves, financially speaking, and just go to the ministry to get their approval” Deena points out “so in this sense, the revolution is what helped the most. And also because something DID happen. Artists feel it and they want to let out their creativity and their skills like never before. I mean, as artists we never thought it could happen in our lives and it did. So we have this big subject to talk about and there has been an explosions of new galleries, exhibitions, festivals and it is certainly because of the revolution. I mean, there are bands whose members have been jailed several times because of the political engagement in their music. And it’s sad because after the colonial era the national government did to the people exactly what the colonialist countries had done to us. We’ve got anti-gay laws that were imposed to us by the French that are still written in the constitution. It’s outrageous, it’s like if we’ve been colonised by ourselves in the end. But finally, now we can think, we can shout, we would still go to prison for nothing, but at least people would know, talk and do something about it.”

You fully understand the extent of the love for art of an artist when it goes beyond themselves as individuals and it has an impact on society. And with no surprise this is Deena’s long term plan “I have dreams, I think it is a healthy thing to plan your life if you’re someone lazy like me” she jokes “but I really hope I will be helping out young music producers from the arab area or some developing region of the world. I’d like to be a coach of some sort, because I want to share my skills and give opportunities to others not following the mainstream/colonialist model, but just letting them be and express themselves”