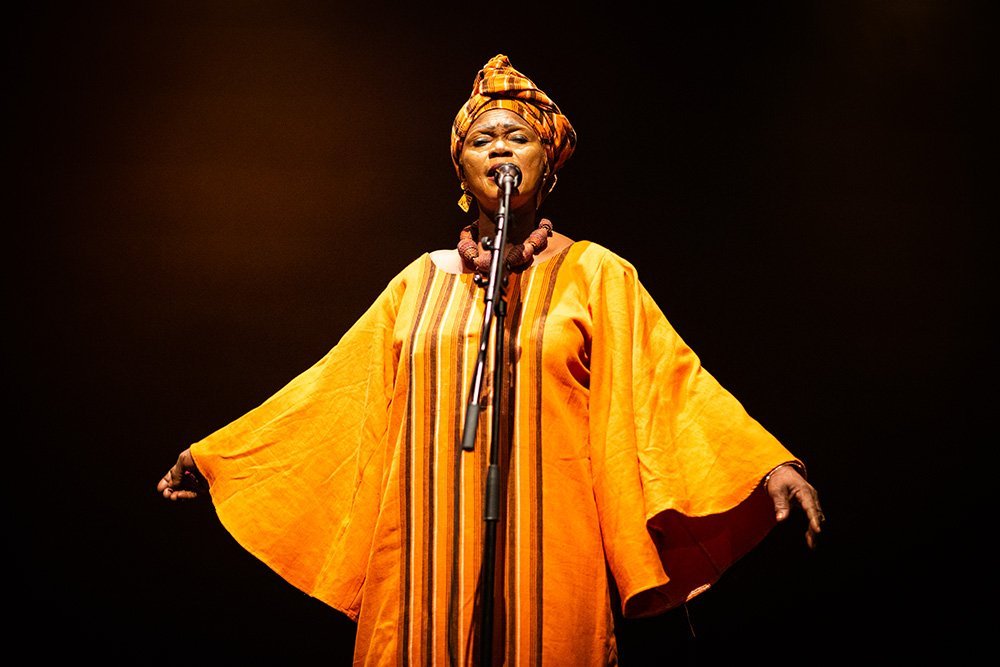 The long awaited new album by the famous Malian singer, Nahawa Doumbia, is finally out. Released via Awesome Tapes From Africa, Kanawa was recorded with a large ensemble and produced by Doumbia’s historic collaborator, N’gou Bagayoko.

Titled Kanawa — like the title of its most meaningful track — it expresses a very simple meaning. “We constantly see our children trying to cross the sea. Many of our children die offshore, others when crossing the Sahara. Some climb over barbed wire fences along the borders and are killed.” The charismatic Doumbia says she would prefer young Africans to stay at home in their respective countries, to try to work and build a better future for themselves and their siblings, or to try to emigrate through legal channels.

Unfortunately, it is not that simple. We all know it and the singer knows it too. That’s why she addresses the United Nations and African leaders directly to ask them to coordinate efforts for creating opportunities for the new generations. This is precisely Kanawa‘s intention: the desire to raise awareness on the issue of migration, on the illegal nature of the aspirations of the sons and daughters of the African continent, which is certainly not their fault. The other songs, through which Doumbia invokes equality, gender parity, peace and social justice, are as significant. To such urgent and current messages corresponds an equally important musical dimension, which enhances the personality of the queen of Wassoulou music, typical of Mali. Her voice, powerful and rough, is able to excite and warm the listener. The traditional didadi rhythms, interwoven into contemporary Malian pop, accompany thoughts and lyrics, returning them to a cultural heritage that must not be lost. Kanawa‘s rich arrangements mix folk instruments, such as ngoni and karignan, acoustic and electric guitars, electronic drums and a variety of percussion instruments.

Performed with her daughter, Doussou Bagayoko, who is also a famous singer, Adjorobena is a beautiful, touching song about patience, tolerance and the beauty of a peaceful life.

In the last decade, Mali has experienced a difficult and dramatic season due to intense regional conflicts and several terrorist attacks. In this climate of tension and pain, Nahawa Doumbia found the strength to express in music the concerns of her people for the situation and the profound implications on a global scale: pain, poverty, migration, everything is connected. Kanawa‘s heart is in this simple message, which Doumbia’s beautiful voice is bringing to the world.

Listen to the album.