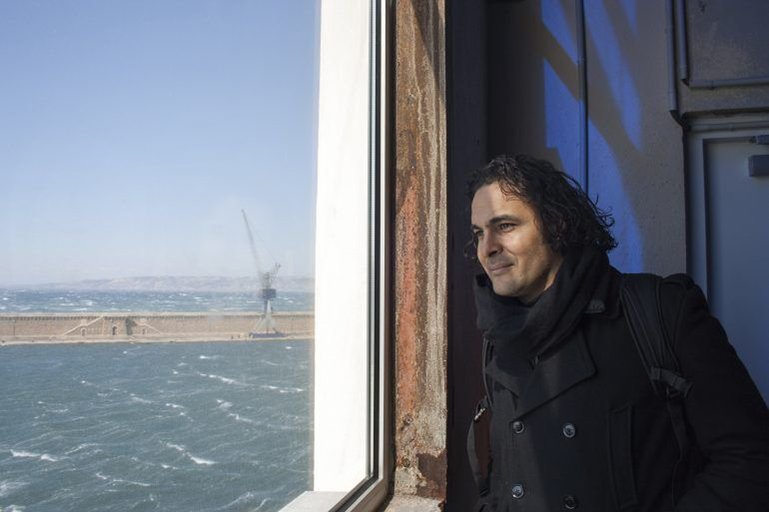 Kader Attia is many things, but currently, he is an incredulously prolific man. Within the space of a dozen months, he managed to fit biennials in Gwangju, Shanghai and Venice, documenta in Kassel and the Manifesta in Palermo into his schedule, not to mention the various exhibitions that were running concurrently in various cities across the world.

The 1970 born, Algerian-French artist who divides his time between Algiers and Berlin has held critically acclaimed solo shows in The Hayward Gallery, London; Fundacio Joan Miro, Barcelona; MacVal in Vitry-sur-Seine; the Beirut Art Center; and the KW Institute for Contemporary Art, Berlin among others. In 2016, Kader Attia was awarded with the Marcel Duchamp Prize, followed in 2017 by the Prize of the Miró Foundation, Barcelona, and the Yanghyun Art Prize, Seoul.

His research-intensive work over the years has explored the theme of repair—both symbolically in his artistic work and intellectually in his writing—the assumption being that repair is an infinite process that is inherent to any system or institution. The artist says he arrived at the concept of repair by thinking about the context of colonialism and processes of resistance. For Attia, Resistance appeared as a natural reaction to colonialism in the same way as repair—often—is a natural response to destruction.

Attia puts the body at the centre of his 2018 piece The Body’s Legacies, Part 2: The Postcolonial Body. The 48 minute film installation is an exploration of the place of the immigrant body in Western societies, uncovering the traits that have been attributed to it historically and that continue to shape perceptions to date.

Whether the immigrant postcolonial body is considered particularly strong, whether it is sexualised or whether it is controlled in the capitalist structures of precarious labour and social housing, it always appears as the representation of the “Other”, as part of a narrative that can be traced back to colonial times and imperialist propaganda.

The so-called Luhaka Scandal from 2017 provides a suitable point of departure for the film, even though this is not immediately obvious. Some contextualizing material precedes the discussion on Luhaka’s case, though many people who might be familiar with the case might recognize the narrative arc sooner.

For instance, we see a series of images of older North and West African men living their lives in public spaces in Paris, a generation of men who came to France as the so-called guest workers that are now inconspicuously debunking the myth of return that the term ‘guest-worker’ suggests. They are photographed in ways that juxtapose their bodies against everyday Parisian settings as if to provide a canvas against which contemporary questions of citizenship and (be)longing can be posed.

On the 2 February 2017, the 22 year old Théo Luhaka intervenes as the police demand to check a friends’ identity for no apparent reason in the Parisian suburb of Aulnay-sous-Bois. He is arrested with a disproportionate amount of force, and sustains extensive injuries from the ordeal, including in his rectum after a policeman attempted to insert a baton during the arrest. The case led to widespread protests against police brutality and the marginalisation of youth in Paris’ northern suburbs. In The Body’s Legacies, Part 2: The Postcolonial Body the aforementioned narratives surrounding the postcolonial body are unpacked in relation to Luhaka’s case through conversations with four protagonists, all of whom are all well versed in the body politics at play in postcolonial France. The protagonists are descendants of enslaved and/or colonized people and are themselves probably subject to the body politics of the French state that they dissect in the film.

The protagonists discuss the case, repeatedly citing patterns of violence that create unlivable lives and a paradoxical desire amongst marginalised youths to be invisible (so as not to be harassed) and visible (so that they are recognized as full citizens of France). In this way, the postcolonial body is coerced to forbid itself from appearing; to police itself in order for it not to be policed by the state, and by the gaze of those who consider themselves to be full citizens of France.

The Body’s Legacies, Part 2: The Postcolonial Body opens up an earnest space of reflection about body politics in Western Democracies, the continuities of colonialism, violence and the state as well as historical migration. By revisiting Théo Luhaka’s case post-outrage, Attia’s film points towards the systemic and institutional aspects of the case, alluding to the need for reassessment, recuperation or even repair of not just the postcolonial body, but also of the systems and institutions that govern it.

‘The Body’s Legacies, Part 2: The Postcolonial Body’ will be showed at the ‘Short Theatre Festival 2019 – Visioni d’Insieme’ on September 6-7 at WeGil and on September 10-11 at Macro La Pelanda.