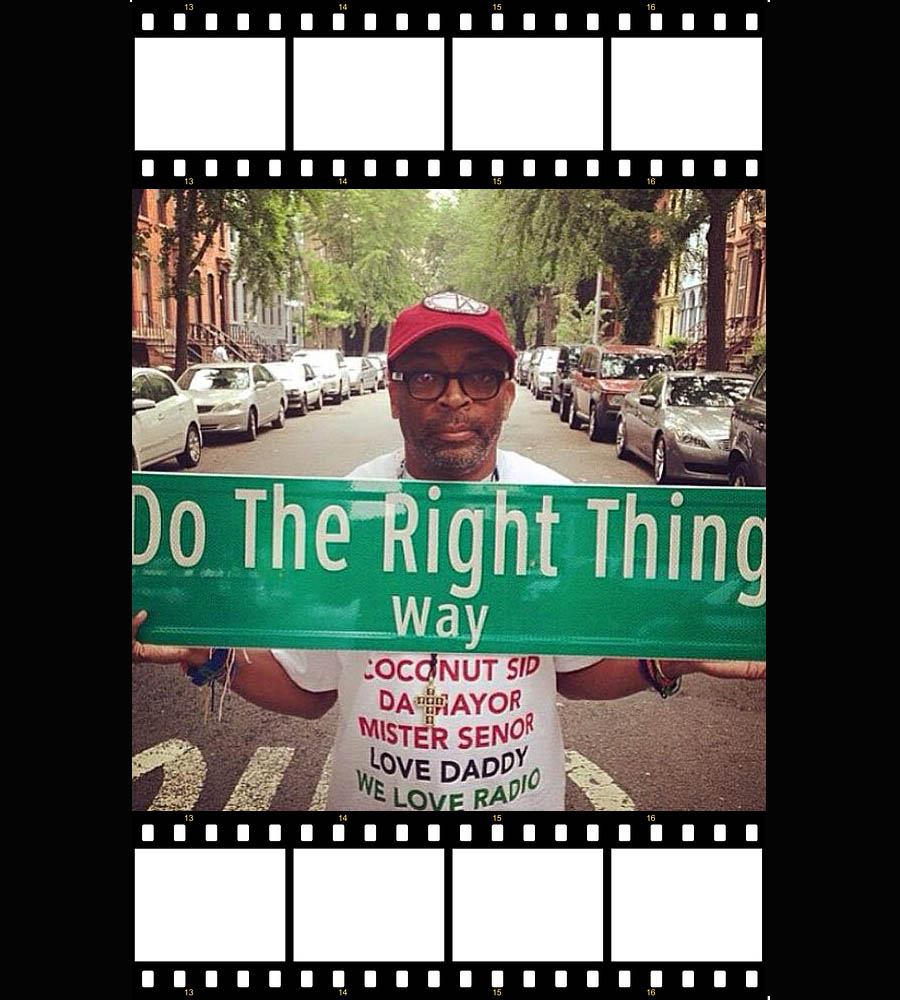 It took one year but finally on “August 10th New York City Mayor Bill de Blasio signed a proclamation making Stuyvesant Avenue (between Lexingon and Quincy) officially ‘Do the Right Thing Way”. This is the very first time in the history of New York City a film has been given this Honor” writes Spike Lee on his Instagram account.

It’s been 25 years since one of Spike Lee’s most iconic film, “Do The Right Thing” was released, a masterpiece that tells the story of a neighborhood’s simmering racial tension, which comes to a head and culminates in tragedy on the hottest day of summer. Lee has been celebrating the 25th anniversary of Do the Right Thing for over a year now and last year, he threw a block party where celebs like Erykah Badu, Dave Chappelle, Wesley Snipes, and Yasiin Bey were in attendance.